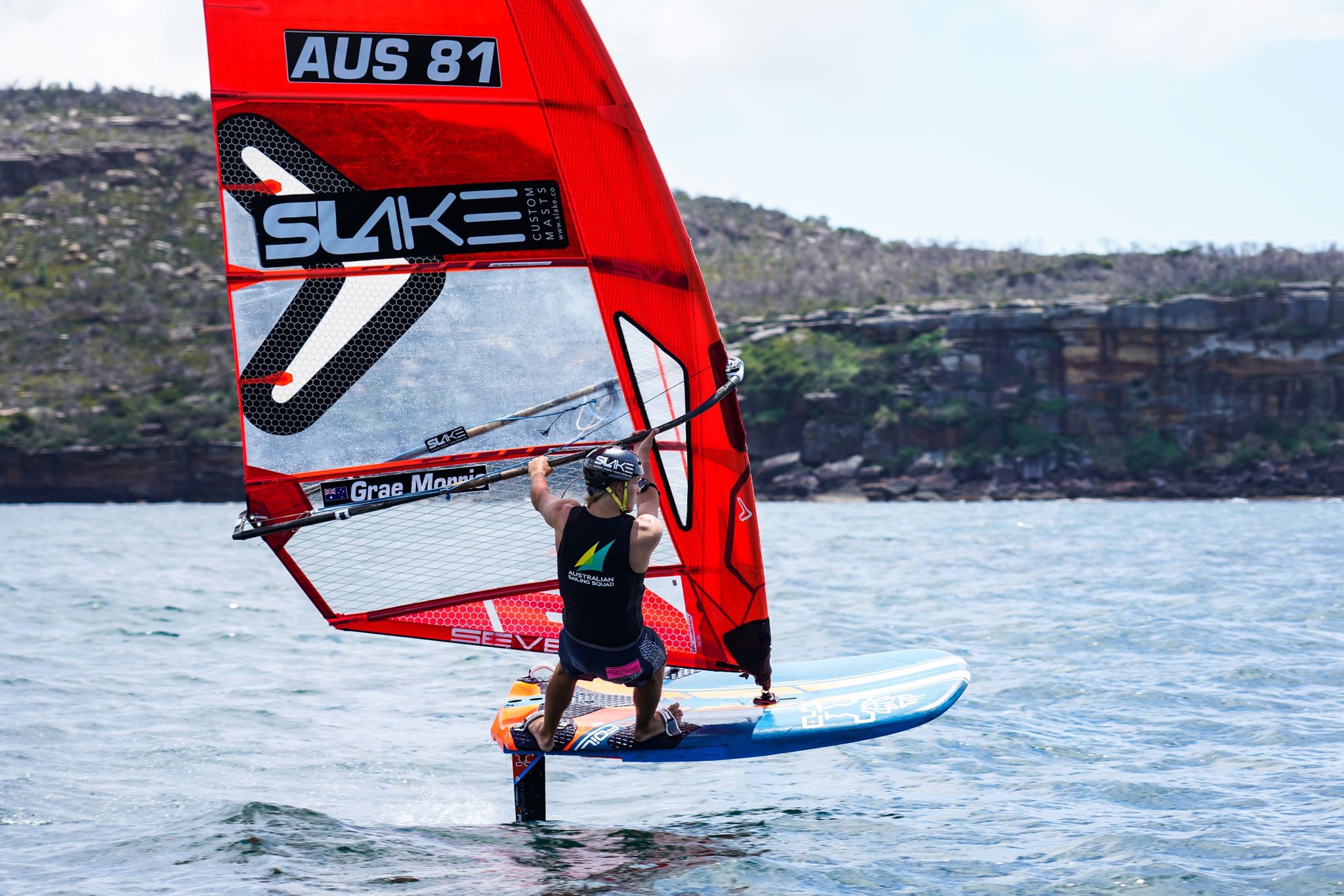 Since many of Australia’s Tokyo Olympians are currently taking a break after a prolonged campaign, the regatta’s spotlight is on the next generation of champions who begun their push to Paris on a beautiful Sydney summer afternoon.

Wind foiling will be making its debut as a discipline at the Paris Olympic Games, and local Woollahra sailor Grae Morris stamped his name as one to watch with a scorecard reading 1, 2, 1, 1, 2 after the opening day.

“It was just great to be back,” said Morris after racing. “We’ve had quite a big break between racing, so it is good to check back in and see how everyone is going.”

Grae plans to travel to Europe in 2022 with fellow Australian Sailing Squad athletes for their first taste of international competition in over a year.

“I haven’t had the opportunity to race the Europeans on the foil, so I am expecting it to be challenging. It will be all about taking in information and learning.”

Jack Eickmeyer from Victoria’s Mornington Yacht Club got away to a flier in glorious but unfamiliar conditions, posting a pair of wins in the day’s two ILCA 6 races.

“The swell was really tricky as it was bouncing off from behind the course,” said Eickmeyer.

“Coming back, you’d be surfing waves in the upwind, so that was pretty tricky. We never get that in Port Phillip Bay.”

Daniel Costandi finished third in the ILCA 7 class at last year’s Sail Sydney behind Tokyo gold medallist Matt Wearn and has continued that form by posting a pair of bullets of his own today.

Sail Sydney marks the first time many of the Olympic hopefuls have competed in fleet regattas after lockdowns and border closures condemned the last twelve months.

Australian Sailing Technical Director Michael Blackburn noted the importance of the regatta as the first step on the path to Paris.

“This is the first regatta in a long time for the teams who are competing, so they have been looking forward to it for ages,” said Blackburn.

“The athletes are really keen to get a few more races under their belt as a warm-up for Europe. They are using this as an opportunity to get used to the processes and procedures that they will need for the bigger fleet races at the end of March when they head over to Spain for the Palma regatta to start off their European campaign.”

Bigger winds are expected to kick in over the weekend, which will make racing both tricky and exciting.

“It’s a bit Easter-like,” noted Blackburn whilst looking skyward. “We have clouds moving in two different directions, so it’s going to be a little unpredictable.”

Racing is scheduled to commence from Midday AEDT tomorrow.