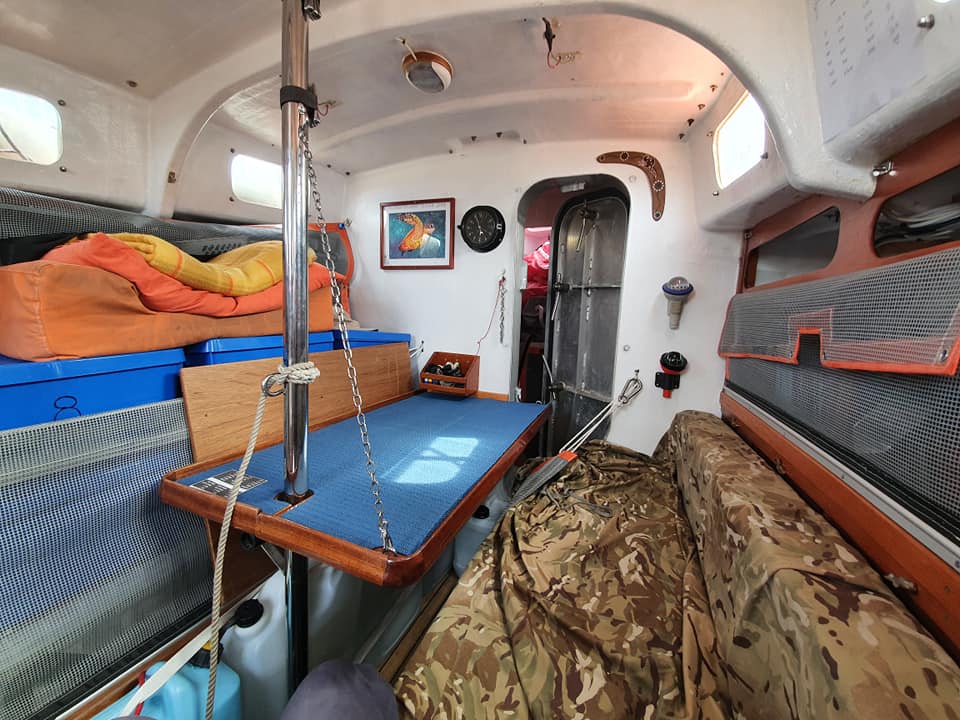 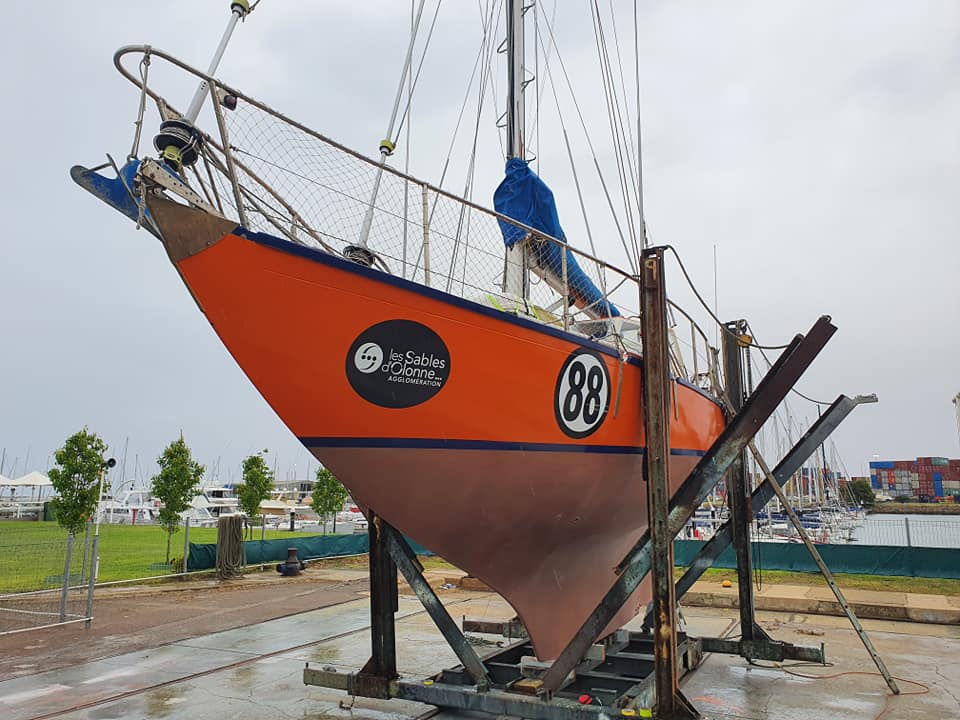 A new bottom paint of Coconut before her 13,000 NM Journey. Pic - Coconut GGR

With the new year around the corner and nine months before the start of the Golden Globe Race 2022, the skippers and organisers are keeping busy.

While most boats get in the shed for their winter refit, some sailors prefer to spend time on the water.

Mark Sinclair is setting off from Adelaide, Australia to Les Sables d’Olonne on December 5, to finish his 2018 Golden Globe Race after a three-year hiatus.

Also known as Captain Coconut, Mark, a former royal Australian Navy commander and an Ocean hydrographic surveyor, was a competitor in the 2018 GGR, doing well until barnacles and a diminishing water supply forced him to stop at his home port of Adelaide.

Exactly three years after stopping in Adelaide, Sinclair will set of to complete his voyage,  under the 2018 GGR Notice of Race he could continue the race in Chichester Class, aiming to become the sixth finisher of the 2018 Golden Globe Race.

“I have unfinished business with the GGR and several reasons to complete my voyage. I sailed the easy part of the course and want to have a go at the second one. It is an interesting route: one week to Tasmania, another week to New Zealand, before another 2 months to Cape Horn,” Sinclair told us from his home port of Adelaide. “All sailors who finished the 2018 GGR had been around the world at least once, so this is a great preparation for the 2022 edition, rounding the Horn and bringing the boat back to Les Sables d’Olonne!”

You could follow Mark Sinclair’s 13,000 nm voyage here on his YB tracking page: https://my.yb.tl/yblogcoconut and his Facebook page: CoconutGGR.

GGR Founder and Chairman Don McIntyre is halfway through his 3000 nm Trans-Atlantic crossing with his 5.80 meters boat Trekka.

McIntyre, who originally planned to sail in the Golden Globe Race 2018 but then had to withdraw, focus on running the event instead, now been getting plenty of sailing since leaving Lagos in November. “I’m delighted to be back at sea!” McIntyre told us from his boat Trekka. “Give me wind I go fast, give me blue I go happy, give me warm I go naked, give me Trekka I go to Antigua.” One happy sailor for sure!

Leaving Les Sables d’Olonne on the 6th of November, uggenberger  crossed the Bay of Biscay down to the Canary Islands (Spain), non-stop, returning to Lagos to complete his qualifier with sailing total 2480 nautical miles.

“I am very pleased with this qualifier. This is my longest solo sail to date and the longest with my Biscay 36. I have learned a lot about myself and the boat,” said Guggenberger before setting off from Lagos on his way back to Les Sables. “This trip made me more confident about my solo sailing abilities, sleep pattern, on-board routine, and validated a lot of technical choices I made this year.”

“Nina has stood the test with no major issue and will get a small makeover during the winter. I still need to work on the sail combination and trimming of my cutter rig, allowing 12 sails, and want to face heavier weather than I have so far.”

GGR 2022 skippers are gathering at Les Sables d’Olonne for a press conference on December 7 at the Nautic Paris Boat Show.

Les Sables d’Olonne, home port to the Vendée Globe, the Mini Transat and the Golden Globe has positioned itself as the world capital of solo ocean sailing. The city, Département de la Vendée and wider Pays de la Loire region are also a nautical powerhouse, home of major players of the industry, including Privilège Marine, Alubat, J Composite and of course Bénéteau.

Yannick Moreau, the mayor of Les sables d’Olonne invited GGR 2018 winner Jean-Luc Van Den Heede, GGR 2022 skippers such as PRB sponsored skipper Damien Guillou and GGR 2022 Race Director Sébastien Delasnerie to share their experience and present the changes for the 2022 edition of GGR to the media.

Other GGR 2022 skippers who will also present on the day are Arnaud Gaist and Marc Cambounet from France, Pat Lawless from Ireland and Simon Curwen from UK, they will available to meet the media, the public, and share their preparations leading to the start of the race, which is only nine months away.