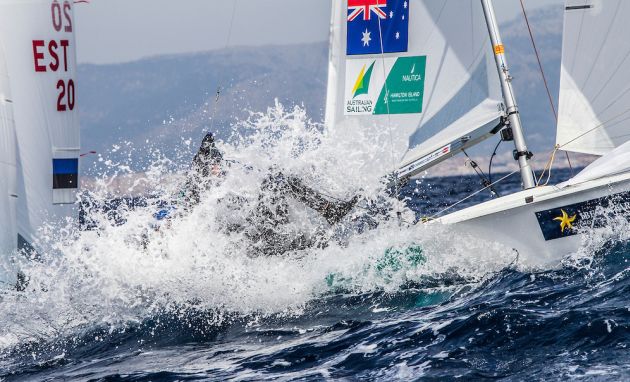 The Australian Sailing Team and Squad will work on their “racecraft” in Europe over coming months, putting to the test a series of recent changes, including the addition of elite new coaches and an upgrade of the National Training Centre in Sydney.

Performance Director Iain Murray described the forthcoming northern racing season – which begins with the All-Olympic Classes regatta at Palma in Spain on April 2 – as the next part of “stage one” in Australian Sailing’s build-up to the Tokyo 2020 Olympic Games. Results will be viewed broadly, Murray said, with potential world-class performances fused with a team-first approach designed to raise the entire squad’s competitive standards.

“We are working as an Australian Sailing Team at the moment, with cross-pollination between athletes in different disciplines,” Murray said. “We’re trying to share experiences, share training processes and create a bonding and camaraderie that’s been very evident and worked very well within the Australian Team at major events like Olympics and World Championships.

“At Palma and beyond we’ll have gold medallists, hardened athletes competing and, at the bottom end, we’ve got 16-year-old Natasha Bryant going and starting to compete in Olympic classes. So we’ve got a really broad range of athletes that we’re working with.

“Obviously we’ll have some successes and we’ll have some disappointments. We need to learn from those experiences and take away what we need to round our athletes into performers who are confident in themselves to go out and do what they need to do.

“It’s all part of the program with a focus on two years’ time. This is the start of what we need to do and we will build from there.”

Among those competing at Palma will be Rio Olympics gold medallist in the Laser, Tom Burton, and silver medallists in the 470, Mat Belcher and Will Ryan. Australian Sailing’s two new Spanish coaches, Athens Games silver medallist in the Finn, Rafael Trujillo, and Javier Torres, who coached the Brazilian 49erFX crew to gold in Rio, will be at the helm in their homeland.

“The new coaches have found their place. They’re all working well with their athletes,” Murray said. “There are some good relationships forming, but the proof of the pudding is that the athletes are putting a lot more time and effort into their campaigns.

“A lot of hard work has been put in by the people going to Palma and I think they are well prepared. Now, there is ‘well prepared’ and there is ‘ready to race’. This is the early part of the season and now we have to start working on our racecraft, with big fleets, big numbers and get used to the competition en masse. It’s quite a different thing preparing in Australia, where you’re isolated and in small groups. We do all we can, but there’s nothing like a dress rehearsal.”

Murray said his priority since his appointment six months ago was to “not change too much of what’s been an incredibly successful team”.

“We’re trying to streamline and create efficiencies where we can and maybe bring some of my long-term experience to the group,” he said.

Seventeen Olympic medallist teams from Rio and eight 2017 World Champions will be competing.

Racing is scheduled from April 2-7. Palma is nine hours behind AEDT.