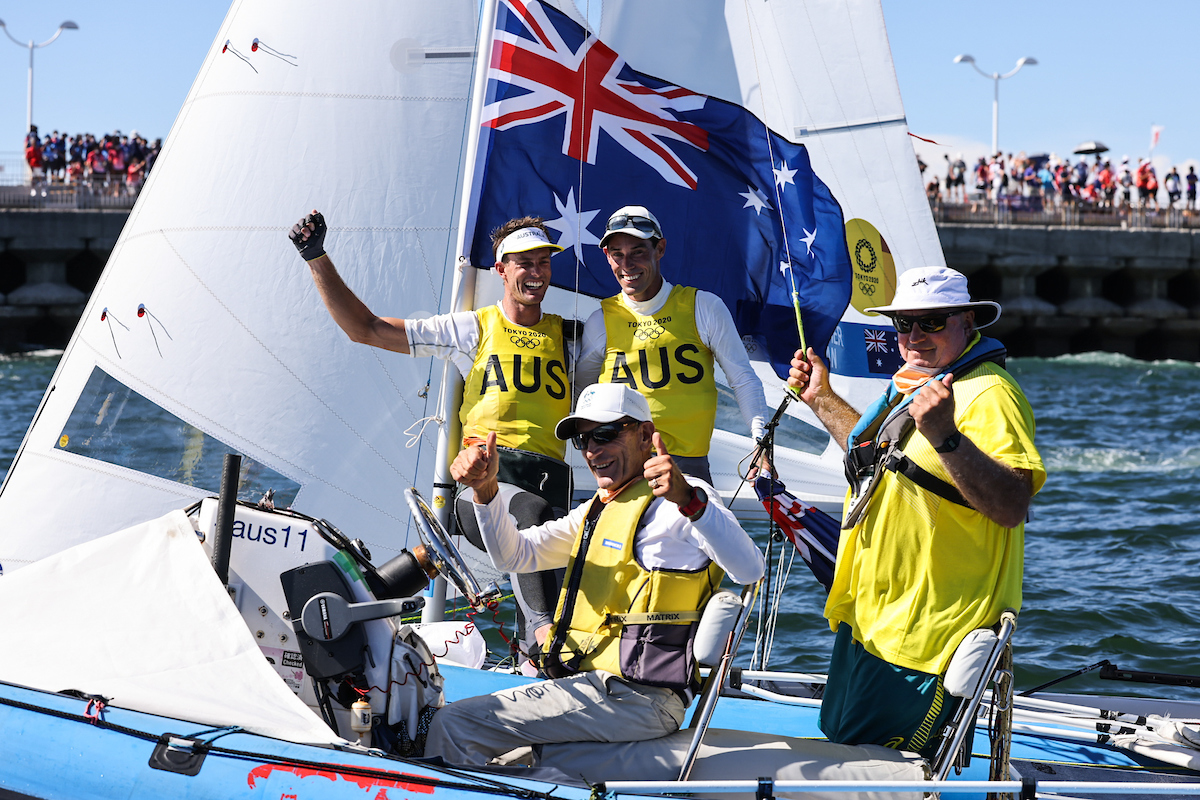 Australian sailing legend Iain Murray AM has many accomplishments on his resume, but the man affectionately known as “Big Fella” can now add leading an Olympic campaign that netted two Gold medals to it.

Murray has completed his contract in his current role as Australian Sailing Director – Tokyo 2020 Olympic Campaign, and in doing so rounds out a significant contribution to a successful campaign in Japan.

Iain played a variety of roles across the Tokyo Olympic cycle. Most recently he had direct campaign management and a support role for the Men’s 470 gold medal-winning team of Mat Belcher and Will Ryan.

“I have loved working with this group of athletes,” Murray said today.

“To be able to get over to Enoshima after all the delays and obstacles to finish the job off in the way we did is something that will stick with me forever. The team truly came together over the last year, which was only reinforced by the restrictions forced upon us by the pandemic. To see the team succeeding in Japan at the same time as some of the next generation of Mat Belchers, Matt Wearns and Lisa Darmanins coming through truly was a nice note to finish on.”

One of Australia’s most accomplished sailors himself, Murray has had an expansive sailing career and remains passionately committed to not only his own pursuits, but also the development of others.

Commencing as the High Performance Director in 2017, Murray was supposed to finish after the 2020 Olympics and then proceed to America’s Cup 36 in his role as Regatta Director. With the one-year delay to the Olympics, a new plan was agreed to where he would manage his America’s Cup role in March 2021 and the postponed Olympics in July.

Murray’s legacy with the Australian Sailing Team may not end with the successes in Tokyo, as he considers his future and what advisory or support role he may play in the years ahead. He will also continue to balance a number of different projects within and outside of the sport.

A true legend of the sport, Murray will not rest as he continues his work as Regatta Director of SailGP, Director of Murlan Marinas and other business and sailing interests.

Australian Sailing would like to acknowledge the significant contribution of Murray on the team’s successful Tokyo 2020 campaign.