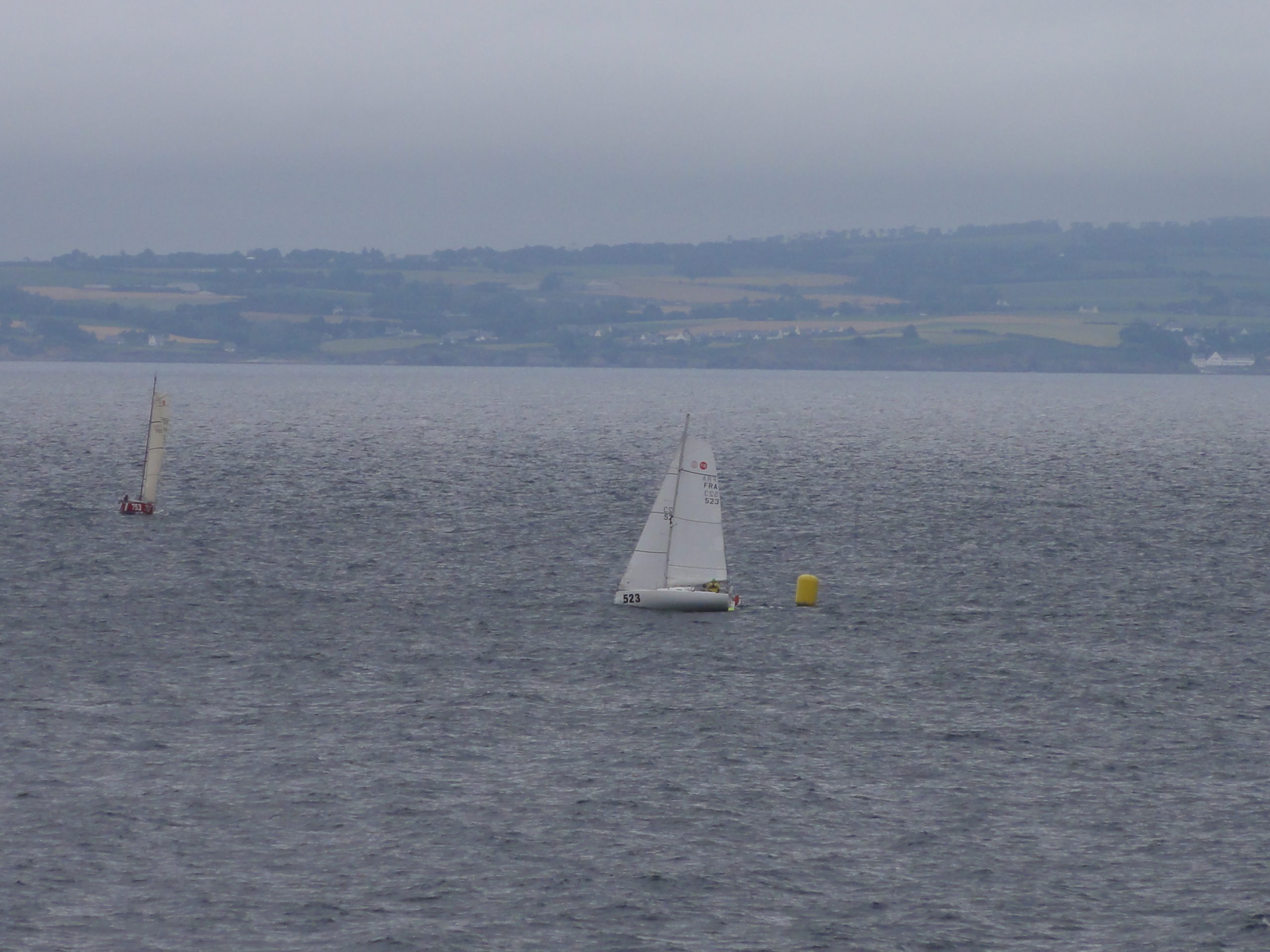 After a recall at the start

Pat and Ale are off the coast of England at the moment, coming up to the Bann Shoal Buoy mark after which they head across the Celtic Sea to the Stags mark and then round Fastnet Rock.

After a recall at the start, they have done well to climb back through the fleet to currently 34th overall out of 57 boats.

The Mini class is split into two divisions, Prototype and Production. The Production boats are mainly a Pogo design, with a distinct down-wind speed difference between the Pogo 2 and Pogo 3 boats. Pat and Ale are sailing on a Pogo 2 and are now in the leading group of this vintage.