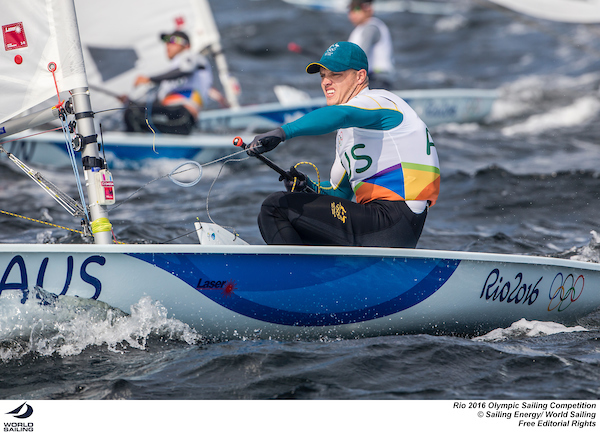 The Australian Sailing Team, including its Olympic medallists, will head to Melbourne at the end of November for the 2017 edition of the Sail Melbourne International Regatta. This year, the event will be hosted out of the newly renovated Royal Brighton Yacht Club from 27 November to 3 December 2017.

Entries are still open, 2017 World Champion in the Finn Class Max Salminen from Sweden spearheads the group of international sailors, who are expected to compete at Sail Melbourne. Other international competitors will include multiple boats from Hong Kong, Bermuda, Canada and New Zealand, with Sail Melbourne International the first regatta of the inaugural leg of the new Asia Pacific Circuit.

The Australian Sailing Team and Australian Sailing Youth Team’s participation raises the competition bar among the Olympic classes and will give other competitors a rare opportunity to mix it up with world champions and medallists from the last Games on the Port Phillip racetrack. Competing along side their Olympic heroes offers an aspirational pathway for up and coming young sailors in the Invited, Junior and Youth classes.

“We are looking forward to starting the Australian sailing summer at Sail Melbourne International, which is a fixture on our Australian Sailing Team’s international racing calendar. Sail Melbourne always provides our current team members and up and coming youth sailors the chance for some high quality racing on home grounds and it’s a great opportunity for Australia’s aspiring sailor to challenge their heroes,” Australian Sailing’s newly appointed Performance Director Iain Murray said about the event

Sail Melbourne International 2017 offers a full program for Olympic and Invited classes and includes the Inaugural Victorian Foiling Kites State Championships. The event will be raced in a split format with four days of racing for the Olympic Classes (Wed 27th to Sat 2nd Dec) and three days (Fri 1st to Sun 3rd Dec) for the majority of the Invited Classes.

The event has also included the International Contender to the regatta with the class World Championships and Australian Nationals to follow at McCrae Yacht Club 16 – 25 January 2018.

For more information and the Notice of Race see www.sailmelbourne.com.au

Online entries can be made here: http://www.sailmelbourne.com.au/online-entry-view-entry

Volunteer registrations can be made here: http://www.sailmelbourne.com.au/volunteer-registration