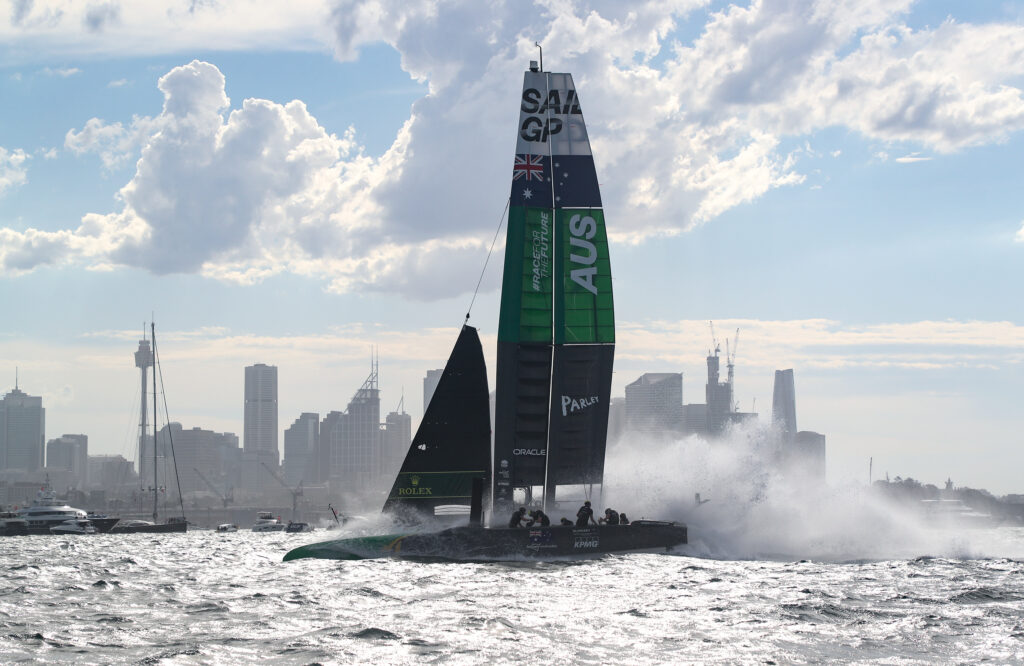 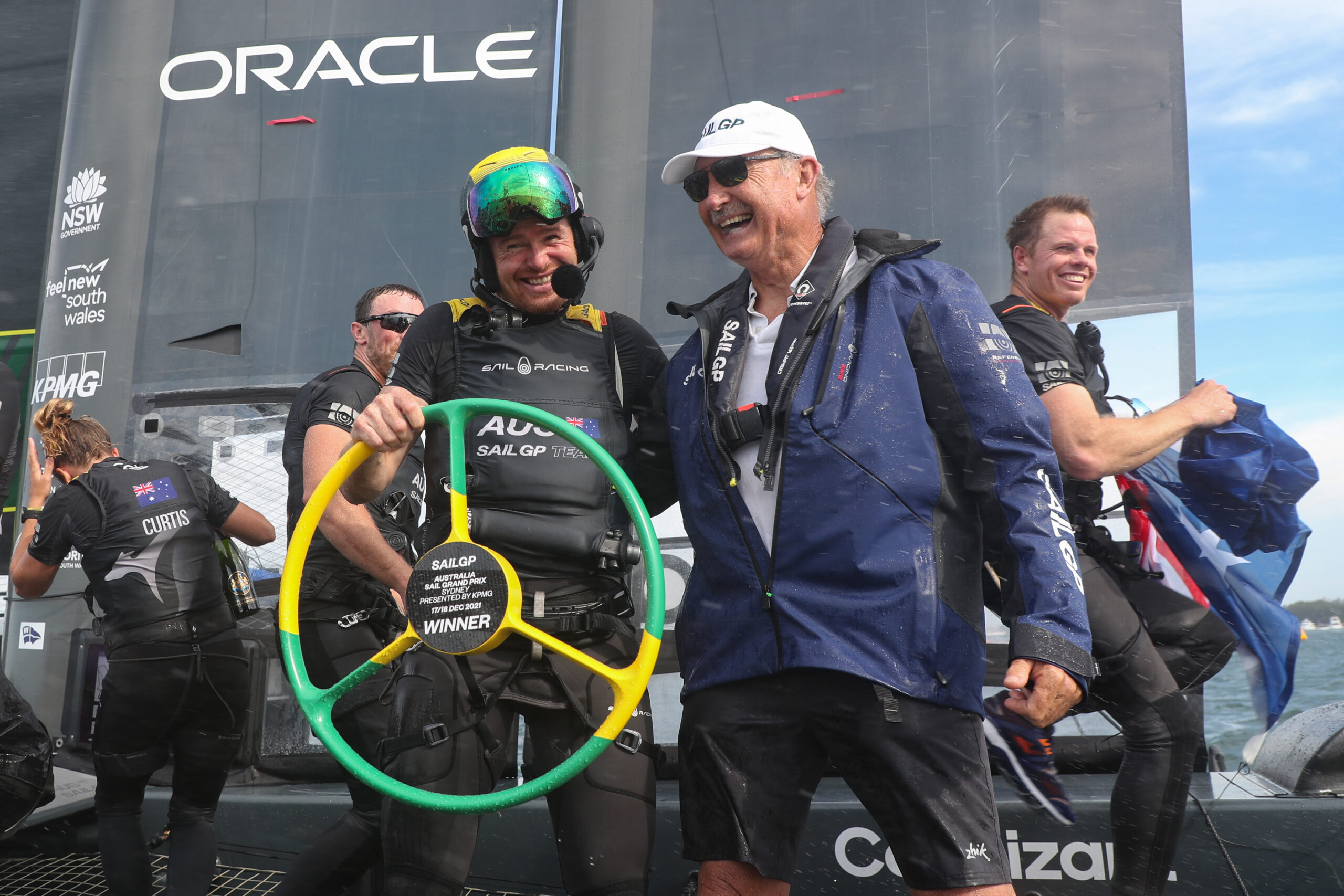 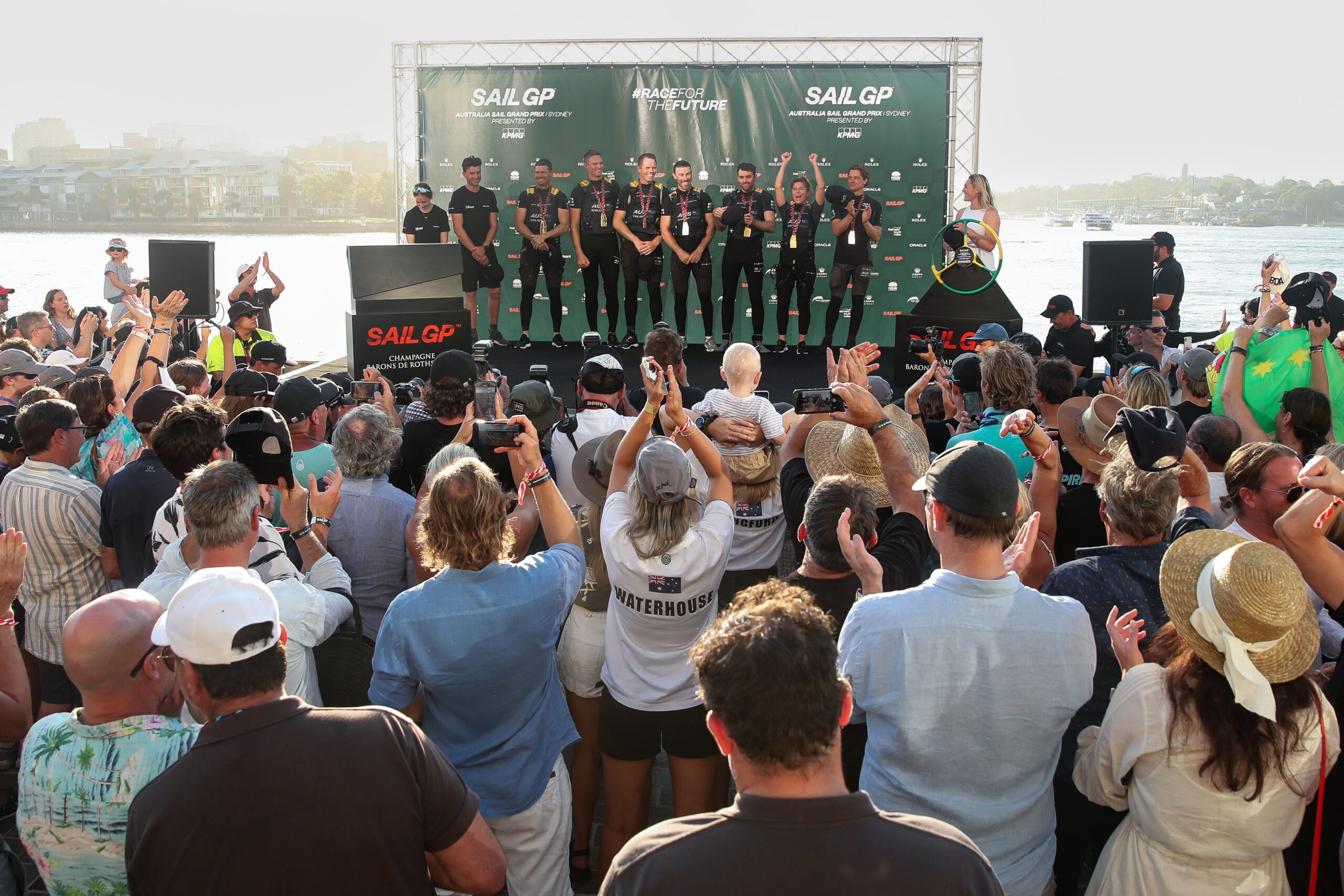 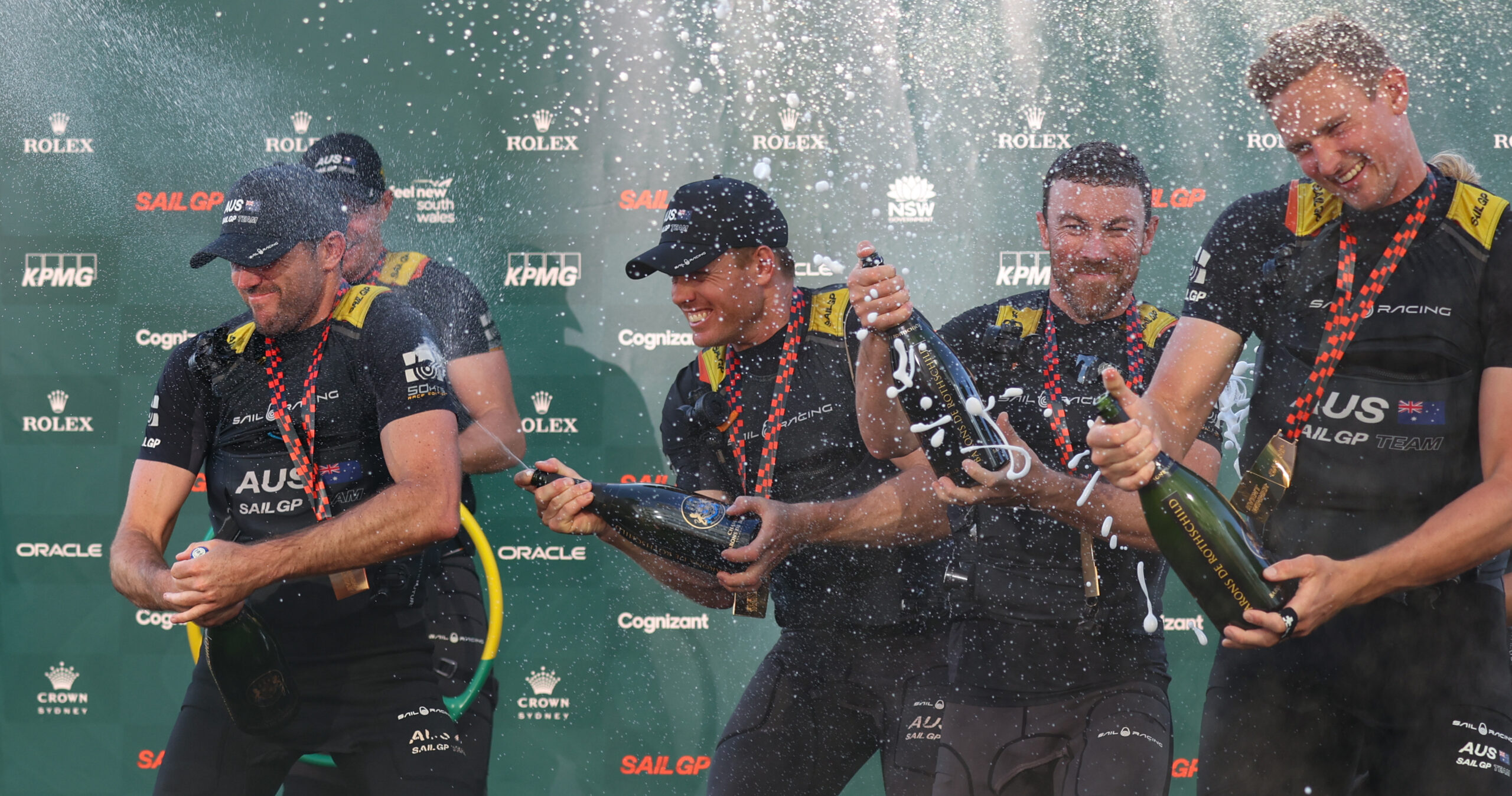 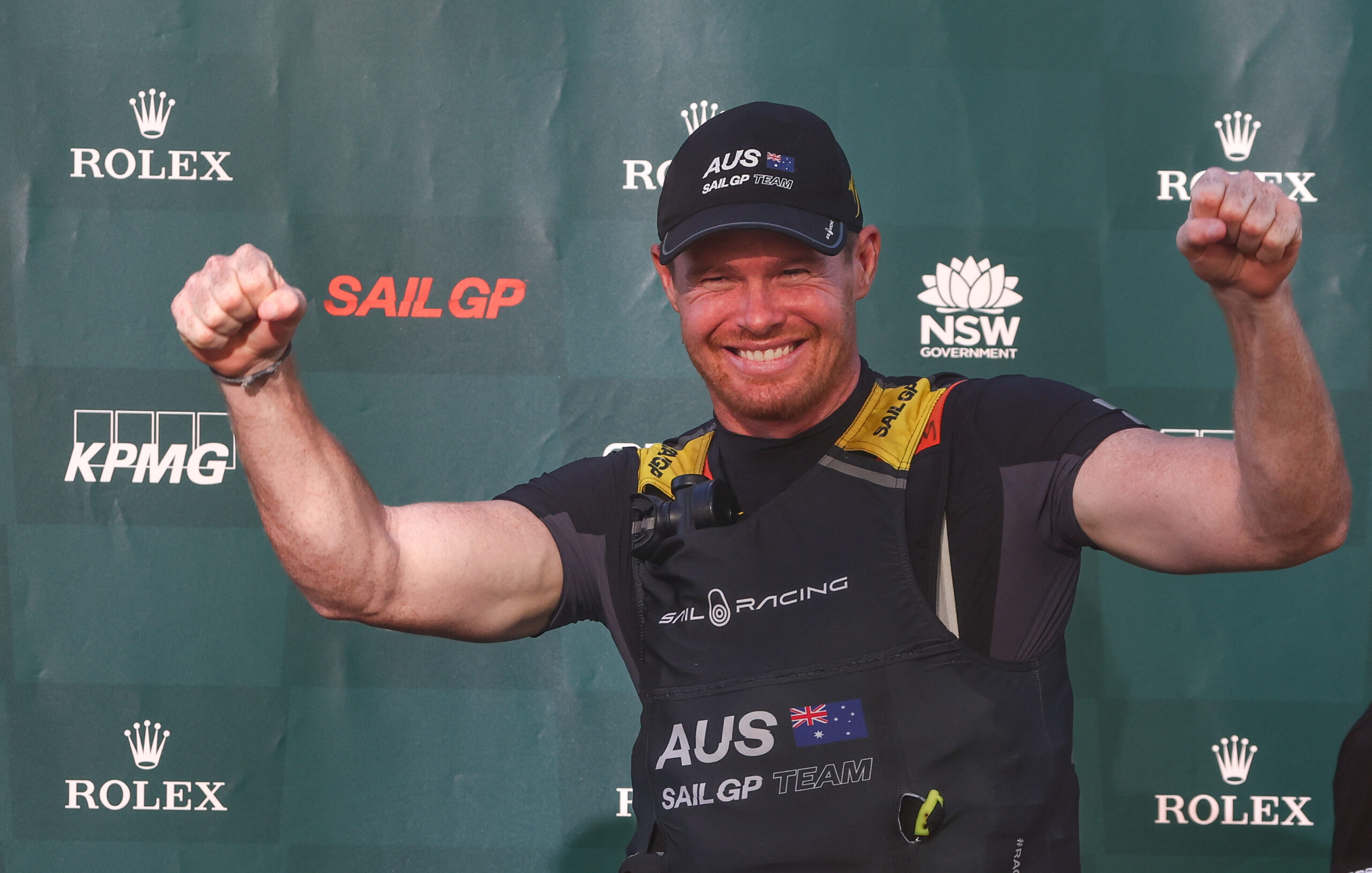 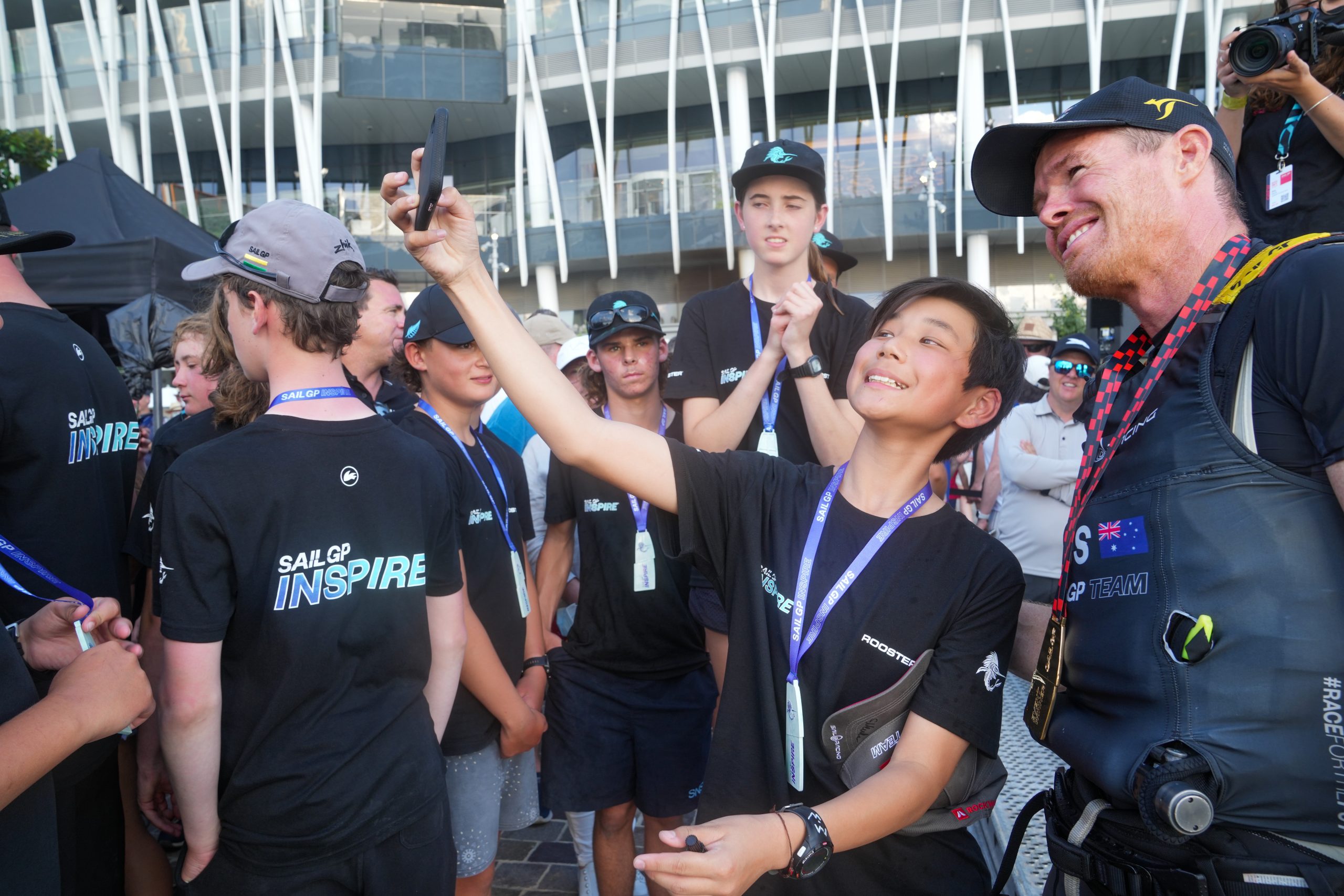 The flying roo has done it again at Australia SailGP.

This afternoon Team Australia stormed to victory on Sydney Harbour, its fourth win in Season 2.

The F50s were scooting around the harbour with north easterly winds gusting up to 28 knots at times.

Australia, with Tom Slingsby in the driver’s seat, out performed their competitors in the final race of the day, with Team USA (Jimmy Spithill) in second place and Team Spain (Phil Robertson), further back in third.

It was Team Japan however, with Australia’s Nathan Outteridge in the driver’s seat, that dominated the two races prior to the final race, coming away with two bullets.

Today Japan was sailing Great Britain’s (Ben Ainslie) F50. On Friday Japan’s bow was destroyed in a collision with the Brits on the start line. But Ainslie and the crew offered their boat to Team Japan for today’s event.

After a DNF in yesterday’s race, Team Japan was unable to recover the points to make the final.

“We kind of felt it was going to be a long stretch to make the top three after yesterday,” Outteridge said. “Our goal was to focus on our own performance, sail as well as we could in strong winds. We knew without the pressure of trying to make the top three we’d probably sail well. And we really had such a good day.”

Australia, was a bit slower off the starting blocks in the first two races.

“We made it hard for ourselves in those first two races, it was touch and go whether we were going to make the final race,” Slingsby said.

But after crew members Nina Curtis, making her Australia SailGP debut on the F50, and Kinley Fowler, made some good calls throughout the race course, the team was able to bounce their way back to a fourth and a second place, securing their spot in the final race.

“I’m just so proud of my team,” Slingsby said. “When there’s high pressure, when we need to nail a manoeuvre to get back in the race – I know they’re going to have my back and they‘re going to perform.”

Australia remains at the top of the leaderboard going into the final SailGP Season 2 event in San Francisco in March. But Slingsby isn’t about to relax.

“At the end of the day winning these events doesn’t do anything for us. It’s a nice little bit of prize money and it’s a good confidence boost. But if we don’t win that last race in San Francisco, it’s all for nothing.

For the full results, see: https://sailgp.com/races/australia-sail-grand-prix-event-page/