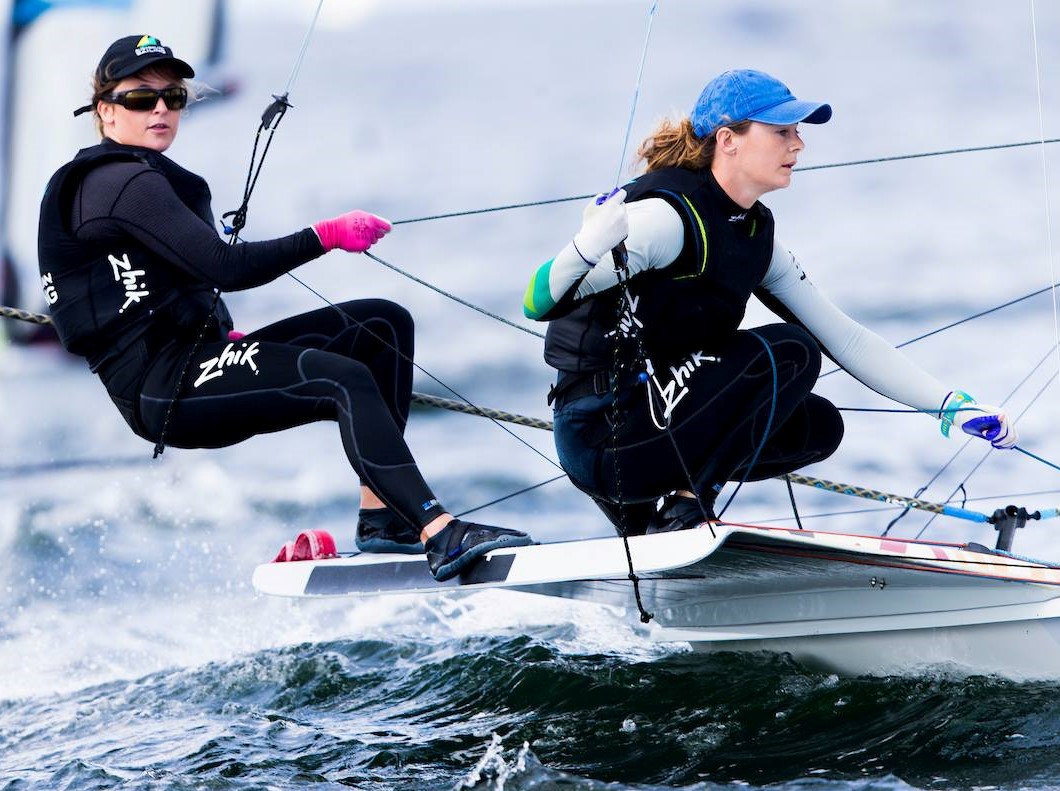 Australia’s top two 49er crews, David Gilmour and Joel Turner, and brothers Will Phillips and Sam Phillips, were pipped at the post by New Zealand’s Josh Porebski and Trent Rippey, forcing them to settle for silver and bronze, respectively.

The result came down to the 10th and final race, which was won by the Kiwis, as Gilmour and Turner finished seventh and the Phillips brothers second. It left Porebski and Rippey on 24 net points, three ahead of the Australians, who were locked on 27.

Turner said it had been a great trip to New Zealand to finish the local season and he congratulated Porebski and Rippey on their win.

“The Australians beat us in Sydney and to beat them this time is pretty cool,” he said. “It’s evened it out, you could say. It’s a good event for us to have at home and to win we are pretty stoked.”

In the 49erFX, Australian Squad sailors Amelia Stabback and Ella Clark came third and, though it was only a four-boat fleet, they gained experience and held their ground against gold medallists, Norway’s World No.6 ranked crew Helene Naess and Marie Rønningen, and Rio silver medallists, Alex Maloney and Molly Meech, of New Zealand.

Stabback and Clark scored five second-placings in the regatta to finish only four net points behind Maloney and Meech, and five points ahead of Australia’s Youth World Championship 29er bronze medallists, Jasmin Galbraith and Chloe Fisher.

All Australian Sailing Team and Squad members will now attend training camps, predominantly in Sydney, in preparation for the European season.