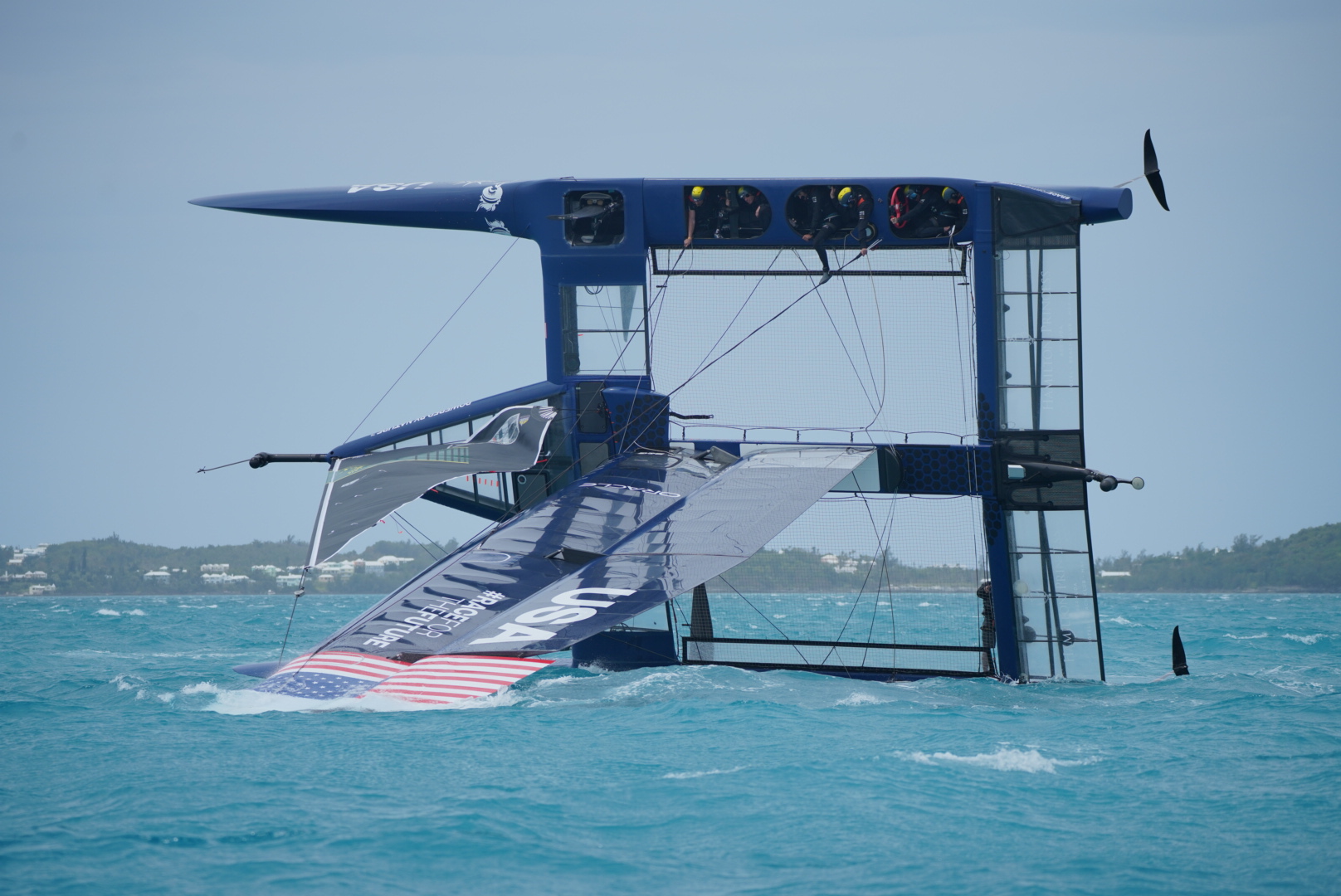 Over she goes - the Aussies capsize the USA's boat - SailGP pic

The USA’s SailGP boat endured its first capsize today during s second day of training in Bermuda’s Great Sound – but it was at the hands of the Australian team, headed by Tom Slingsby.

Slingsby and his Australia teammates took the opportunity to get out on the waves with a week to go before Season 2 kicks off in Bermuda, but it wasn’t all rosy as the capsize interrupted the training session.

There was clear damage to the top of the wing, likely caused when it hit the surface of the water with some force and ended submerged. The Aussies all took cover on the raised starboard side of the upturned F50.

‘We were training on the USA Team’s F50 when the capsize happened, and I’d say we were sailing in the upper wind limits for these boats,” Slingsby said.

“We were using the new 18-metre wing which has a few different operating ways. It was our first time using this wing, and we did make some errors, which have not been an issue in the past but were highlighted today in extreme conditions.

“It was definitely an adrenaline-fuelled start to the session. Capsizing when going that fast was definitely pretty scary, but I’m just glad everyone is safe and the damage to the boat is minimal,” he said.

“Today’s experience just highlights why it’s so important that we are able to test these boats and the new technology out before the Bermuda event. We did a safety session on the water two days ago and did a capsize recovery session this morning before we hit the water, so our safety protocol went very smoothly in righting the boat. We’re very grateful to the safety teams and the USA shore team for getting us safely back upright.

“I’d love to say the USA boat was to blame! However, myself and our sailors’ hands are up for this one. We were pushing the limits and pushed too far. We’re now in the process of organising apology bottles of alcohol to the teams who have to fix the damage we caused,” Slngsby finished.

There is another week of training to go before practice racing begins on the Great Sound on Friday, April 23 and continues over the next two days.