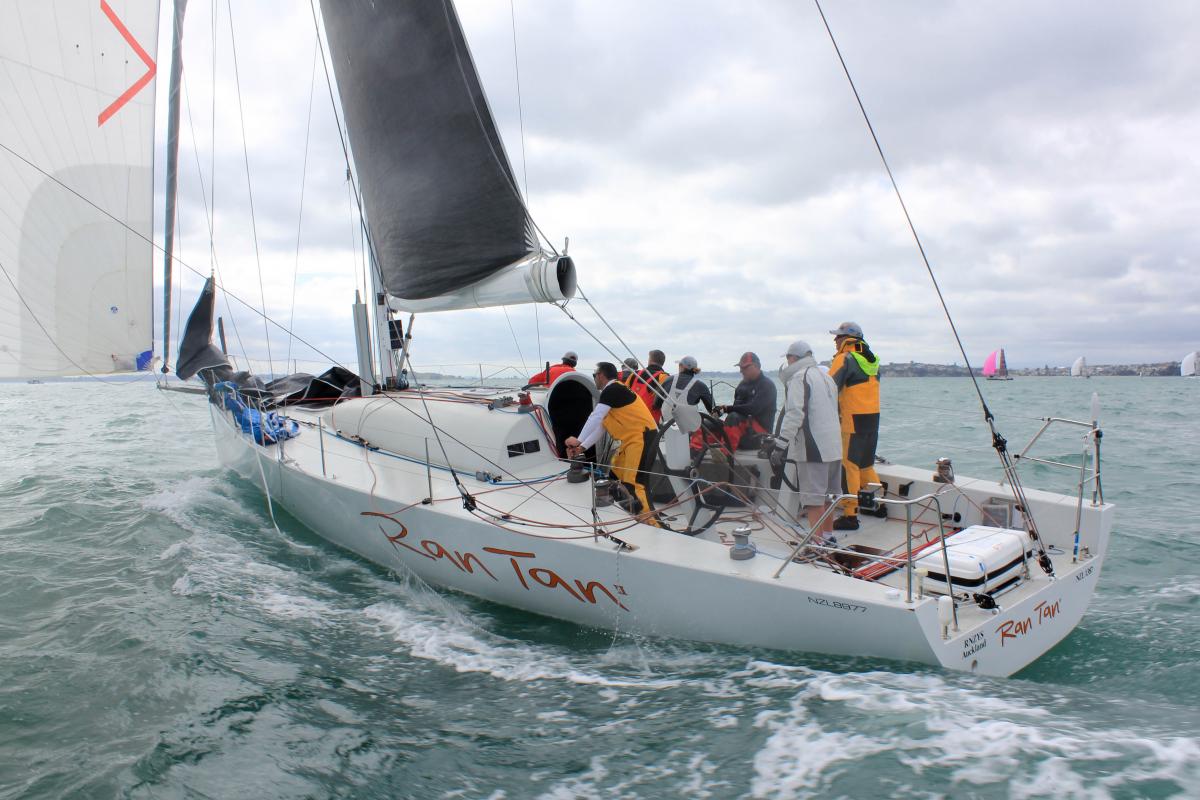 Ran Tan II will be among the favourites in the Auckland Noumea Yacht Race. Photo Yachting NZ.

The Auckland Noumea Yacht Race makes a welcome return this week after a six-year absence but it's hoped this year's edition isn't as dramatic as the last.

The monohull Beau Geste sent out a distress call when it suffered major hull damage and took on water and limped to safety at Norfolk Island in 2012. It was also the year Team Vodafone, the trimaran now called Frank Racing, set a new race record of 3 days, 6 hours, 59 minutes and 50 seconds.

Nine entrants – seven monhulls and two multihulls – will line up off the Royal Akarana Yacht Club for the start of the 998 nautical mile race to Noumea on Saturday. Moody Blue will leave on Thursday for the cruising division.

Trimaran Ave Gitana will have aspirations of taking line honours, but could find the going tough in the early stages of the race with 30-knot north-easterlies predicted. Miss Scarlett and Ran Tan II, which performed well in last year's Sydney to Hobart race, are likely to be the leading monohulls and there will be interest in how the Wellington-based Blink goes, particularly after their good performance in last year's Fiji race.

You can follow the race on the tracker from Saturday, and also check out the handicap rating for each entrant.

Australian fleets will start from Brisbane, Sydney and Melbourne at a similar time to converge on Noumea, which will also host the Groupama Race on June 15.

Royal Akarana have a proud history of offshore sailing events, with the Auckland Noumea Yacht Race the 25th time the club have hosted an offshore race.