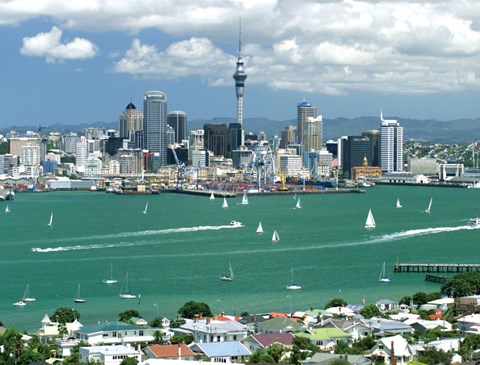 Auckland Council has approved two location options for hosting the America’s Cup to take into further negotiations after Emirates Team New Zealand (ETNZ) advised it was flexible on the option of extending Halsey Wharf.

The two options are:

The Governing Body also agreed that the cluster of bases on Halsey Wharf, Hobson Wharf and Wynyard Wharf East is the council’s preferred option to take into further discussions.

The proposed Halsey Wharf extension was removed as an option for the America’s Cup after a presentation from Emirates Team New Zealand advised they were prepared to be flexible and support the council’s preferred option.

Mayor Goff said, “Auckland wants to host the America’s Cup. It can provide significant economic benefits to New Zealand and legacy infrastructure for Auckland. It will be an exciting event that the whole country can get behind and it will showcase New Zealand sporting prowess, innovation and technology on the world stage.

“The council has agreed on a preference for the Wynyard Basin option which clusters bases acound Halsey Wharf, Hobson Wharf and Wynyard Wharf East to take into further negotiations. This option will allow a great village atmosphere, is less intrusive on our harbour, around $40 million cheaper and eight months quicker to construct.

“I want to thank Emirates Team New Zealand for their flexibility. There is strong council support to make the event successful and memorable, and to ensure it provides a lasting legacy for Auckland and New Zealand.

“I will now move quickly with council CE Stephen Town to progress discussions with the Government, ETNZ and other interested stakeholders to ensure Auckland can deliver a fantastic America’s Cup within the financial constraints our city faces,” says Mayor Goff.

The two cluster options will now provide the framework for negotiations with the Government and Emirates Team New Zealand on an America’s Cup team base and village location in Auckland, and on infrastructure and funding required to host the America’s Cup in Auckland in 2021.

A final decision on the team base and village location, infrastructure and funding will be made by the Governing Body at its meeting on 14 December 2017 based on the outcome of negotiations.