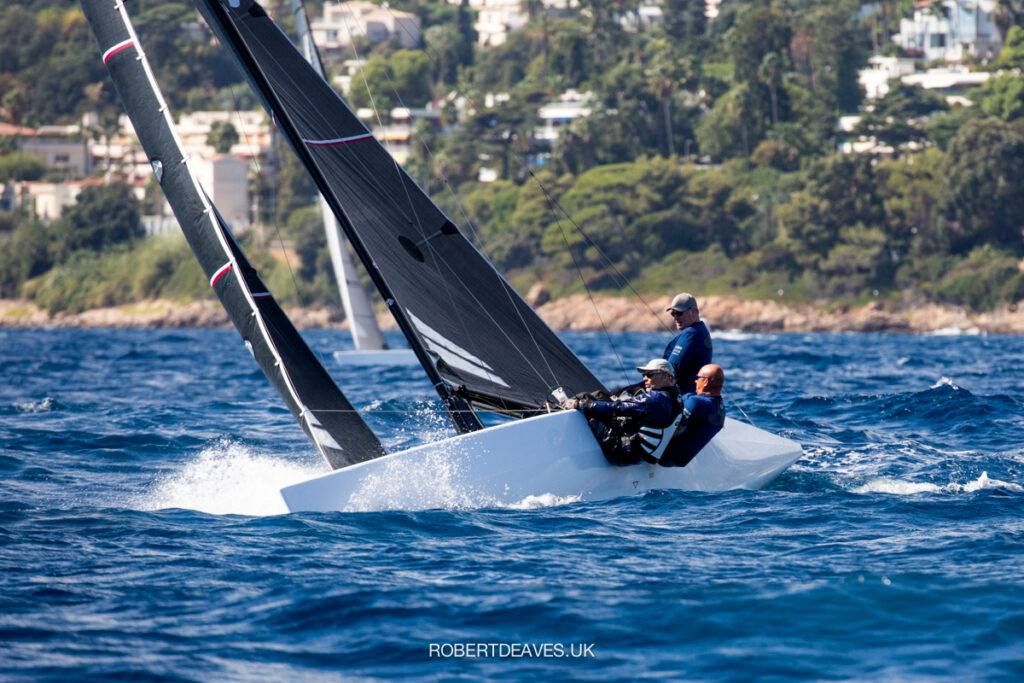 Momo are in the lead after one day of racing. Pic - Robert Deaves 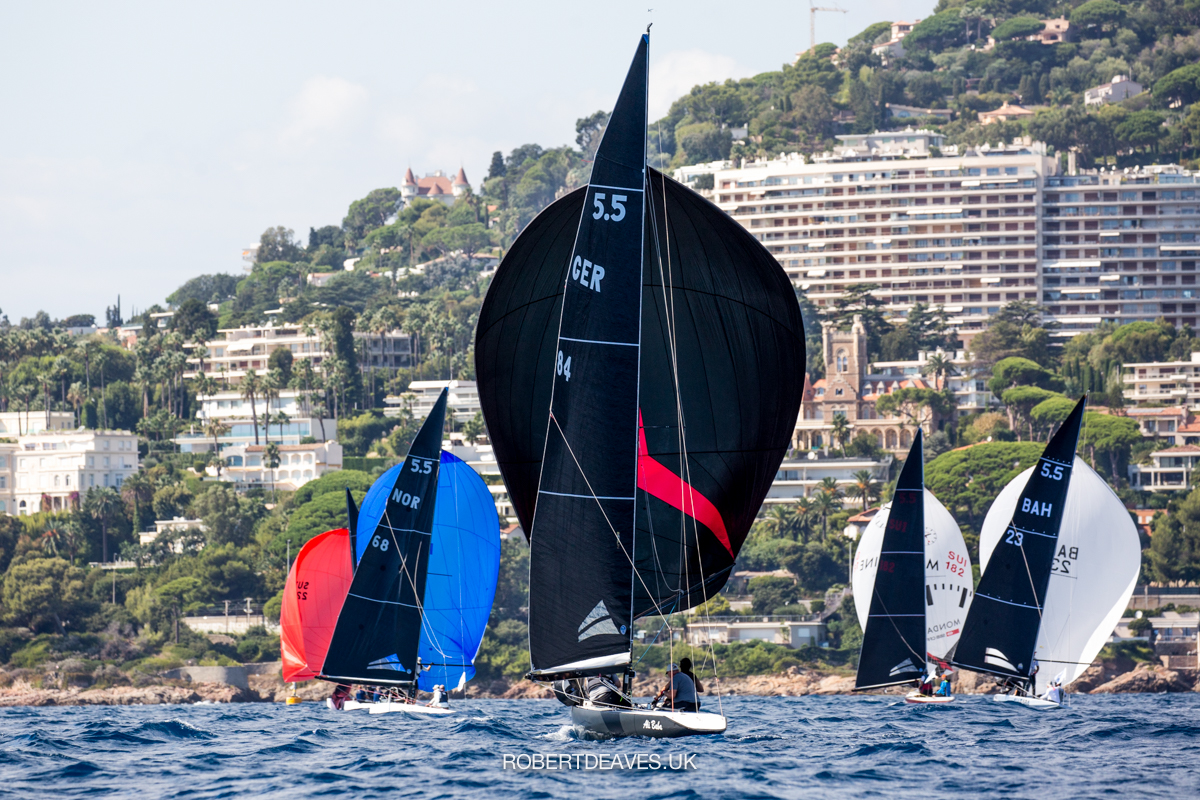 Wind conditions were as "good as it gets", reaching 16 knots in the afternoon. Pic - Robert Deaves

The 2021 5.5 Metre French Open at the Régates Royales in Cannes opened to near perfect champagne sailing conditions with three races in 12-16 knots, blue skies and rising temperatures.

After a postponement to wait for the wind, the breeze arrived and kept building through the early afternoon to 12-16 knots for a great day of sailing.

New Moon II was fastest around the course in the first race but had started early, and scored OCS, handing the race win to Momo from Aspire and Black & White (SUI 219, Daniel Schenker, Mark Dangel, Renato Marazzi).

Aspire then won the second race from Ali-Baba  and Momo, before New Moon II took the third and final race of the day from Momo and Ali Baba.

Christoph Burger from New Moon II said, “In the second race, we were very conscious of the OCS in the first race and maybe held back too much, so couldn’t tack for free air and we rounded fifth or sixth and then got stuck there.

“Tacking to port after the start was key. The race course was a little bit centre line biased all day, so lots on port tack and less on starboard.

“In the third race we started well and had a clear lane. We were between third and fifth and then on the last upwind the wind was dropping a bit and there were pressure patches on the right of the course and we took that perfectly and won the race.”

On their sail choice for the day he said, “We also changed from light wind sails to heavy wind sails 10 minutes before the start.

On Aspire’s performance today, bow man Simon Fry said, “Good, bad, indifferent. We sailed very well at times. We struggled a bit at other times with familiarity with the boat in the sea conditions. It’s been a long time out of the 5.5. It’s the first time that Przemysław has sailed for six months. So baby steps, but it was ok

“When we’re in front and it’s easy, we’re quite good. When we’re in the pack and it’s a street fight, my blood pressure goes up!”

Along with Ali Baba, they are testing some new sails. “The new sails were good…maybe a few tweaks but the two boats are going fine. Today was about getting the course geometry right, not too much time on starboard, getting onto the port on the long tack, and keeping it simple, which at times we didn’t do.

“But champagne sailing. Today was as good as it gets. 16 knots. You can’t complain at that.”

Racing at the 5.5 Metre French Open in Cannes continues until Friday.