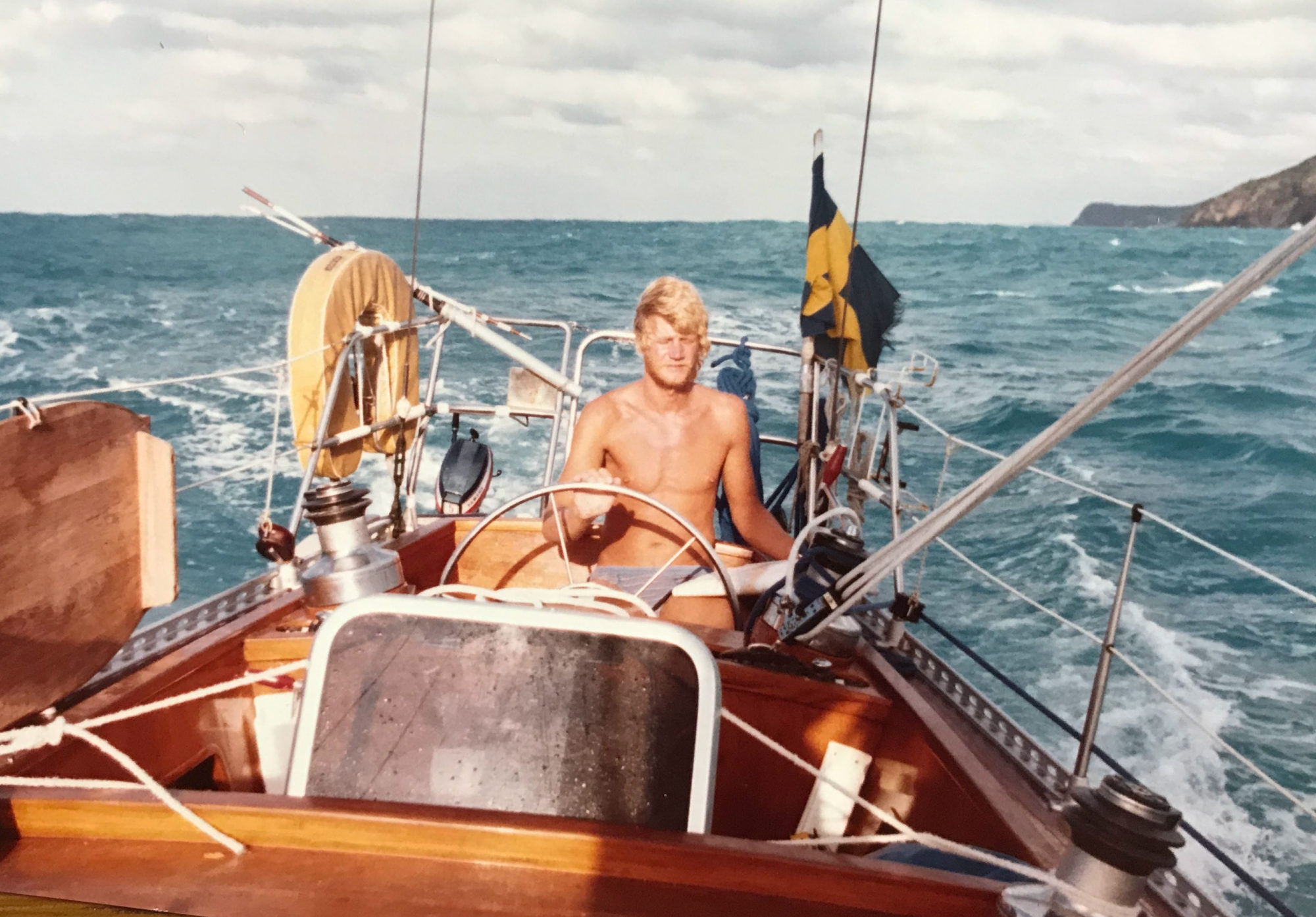 After years of sailing with his father on board his beloved schooner, Argo, based in Sweden, John Ingvar Ravelius has taken part ownership of the boat, alongside his brother and his father and has been updating and refitting her with the dream to create memories with his young daughter and pass the tradition along.

Ravelius shares the first chapter of his several part series, about how a sailboat, and the work that goes along with it, is bringing three generations together.

In 1974, my father, Ingvar Ravelius was a young 24-year-old walking around the Stockholm boat expo with his father, in Sweden, dreaming of sailing around the world on a boat of his own.

Ingvar had plenty of experience on smaller sailboats, but his dream was sailing around the world and he wanted something bigger and more reliable. As the pair wandered through the expo, they bumped into a friend, who knew of a boat being built by a local, revered boat builder called an Opal 46. This hull would be the first of only six ever built.

For the full story, see: https://www.northsails.com/sailing/en/2022/01/the-story-of-argo-part-i