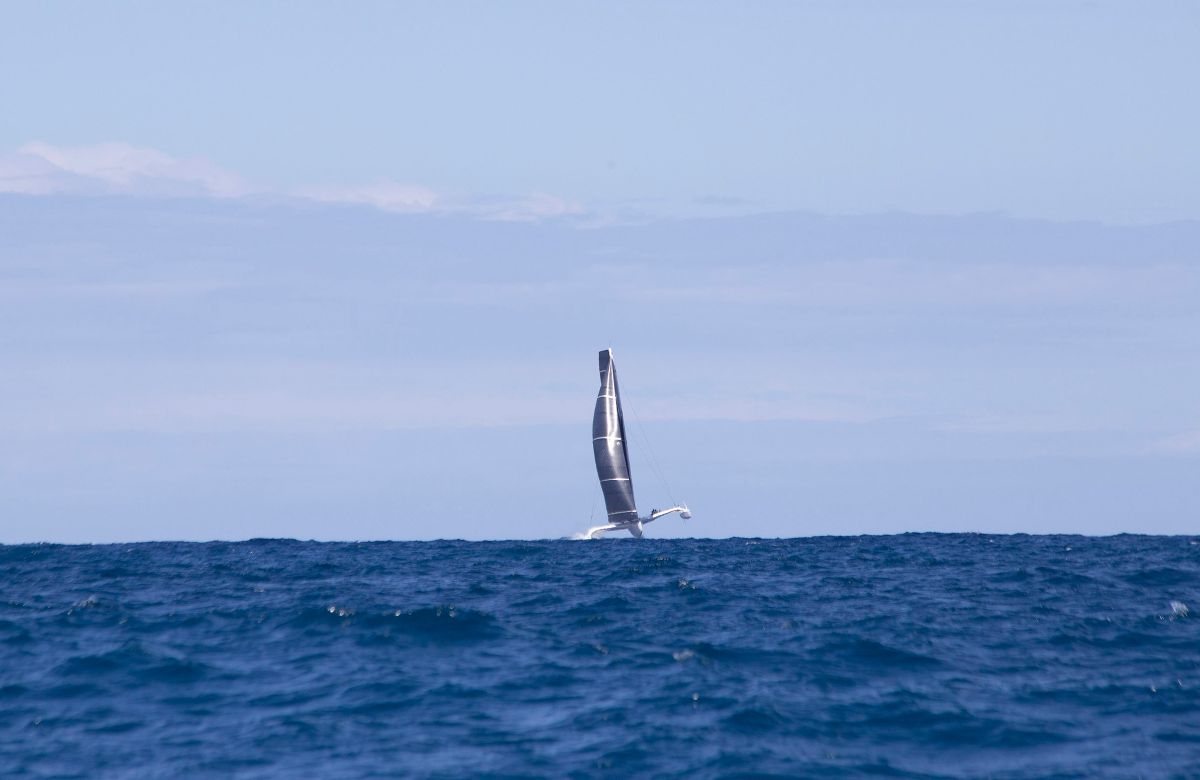 Jason Carroll, owner/skipper, Argo, “It was a really fun race, it had a lot of different things happening. The start was the best part, it was so exciting, that first 60 miles across the gulf-stream was just a handful, it was really fun it was fast, it was the biggest waves we’ve ever sailed in as a team.

This is a new adventure for us sailing the MOD 70, so we’re all kinda working up through all of the different regattas we can do over the course of the year to practice and see what we ultimately want to do with it and frankly I think that the Pineapple Cup, the Caribbean 600 are both great training regattas for the Transpac, which we want to do in July.”

On setting the record: “Overall we are pretty thrilled. We kept setting challenges for ourselves along the way and we thought there was a chance we could go sub 2 days and we missed it by 7 minutes, so aside from that it was exhilarating to cross the line and head to the dock!”

Anthony Kotoun, Trimmer “I think this is a combination of a lot of good things. This race is famous for being one of the best ocean races. Didn't Ted Turner say it's the best race ever? Then we have one of the coolest, fastest boats ever, and we got some really good weather, which wasn't supposed to be there, but in the end did come so that was a bit of a surprise. In the end all three things came together and here we are…drinking Red Stripe!”

Currently in the PHRF division, Sin Duda! leads for line honors, however the Farr 395 Senara is leading on corrected time. The first finisher in PHRF is expected tomorrow (Thursday).

This is the first time since 2003 that multihulls have competed in the Pineapple Cup. Argo broke the multihull course record set in 1999 by the late Steve Fosset's Orma60 Lakota by 20 hours and 21 seconds

Tracking can be found here: https://yb.tl/pineapple2019