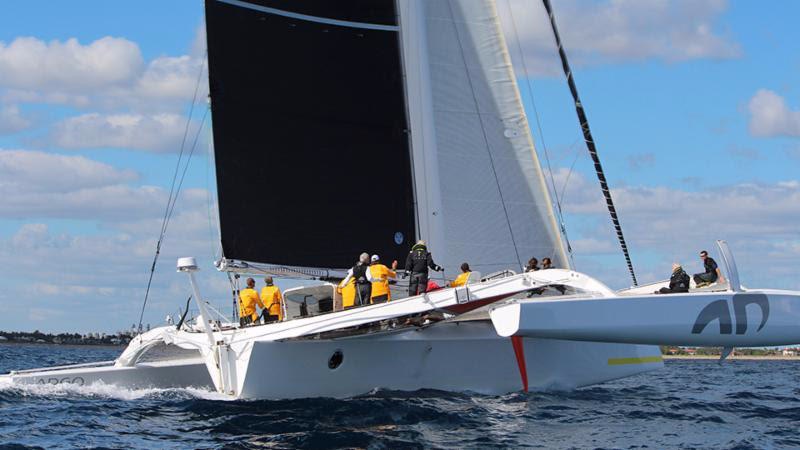 However, with less than four days to the start of the 34th edition of the 811-nautical mile Pineapple Cup – Montego Bay Race from Miami to the Montego Bay, is shaping up to be an unpleasant, but fast, first 24 hours.

The Pineapple Cup – Montego Bay Race, an offshore classic first run in 1961, has seen a plethora of world class sailors competing on high performance racing sail boats since its inception.

This year is no different, as the Volvo 70 Wizard owned by Peter and David Askew, will be crewed by some of the Vestas 11thHour Racing team. They include Charlie Enright, Mark Towill, Simon Fisher, and Phil Harmer. They’re also joined by Daryl Wislang, who was on last year's winning Donfeng Volvo Ocean Race team. All but Towill competed in the recent Rolex Sydney Hobart race.

Argo will be skippered by Brian Thompson, who is no stranger to record breaking, including the Jules Verne Trophy as the helmsman on Loïck Peyron's Banque Populaire V. Also on Argo will be 2010 America’s Cup winner, Frenchman Thierry Fouchier.

Both the Multihull (Steve Fossett, Lakota, 1999) and Monohull (Tom Hill, Titan 12, 2005) records are some of the longest standing ones for an offshore race. The question now is: will the MOD70 beat its predecessor the OMRA 60 and the outright record set by Titan 12?

Chad Corning, Boat Captain and crew of Argo, owned by Jason Carroll, said: “The weather is looking strange this year. The first bit of the race should be rough and very fast, but the conditions down the track look light and unstable.

“While we have one eye fixed on the multihull record, set in 1999 by Steve Fossett on his legendary ORMA 60 'Lakota', we’ll try hard to get inside Titan’s outright record.

“We'll need the trade-winds to re-establish themselves quickly after the frontal passage to make that happen. Regardless we’re looking forward to a great ride down one of the world’s most scenic and challenging racetracks.”

“It's brilliant to be sailing with such a campaign and reunited with many of the crew from Team Vestas 11th Hour Racing. For now, our thoughts are on the Pineapple Cup, and as ever, it’s our intention is to take monohull line honors while setting ourselves up for the best chance to take home the coveted Pineapple Cup Trophy.”

The PHRF fleet starts Sunday 27 January at 11am ET and the IRC/multihull fleet starts the following day at 2pm.

Tracker and all information: www.pineapplecup.com