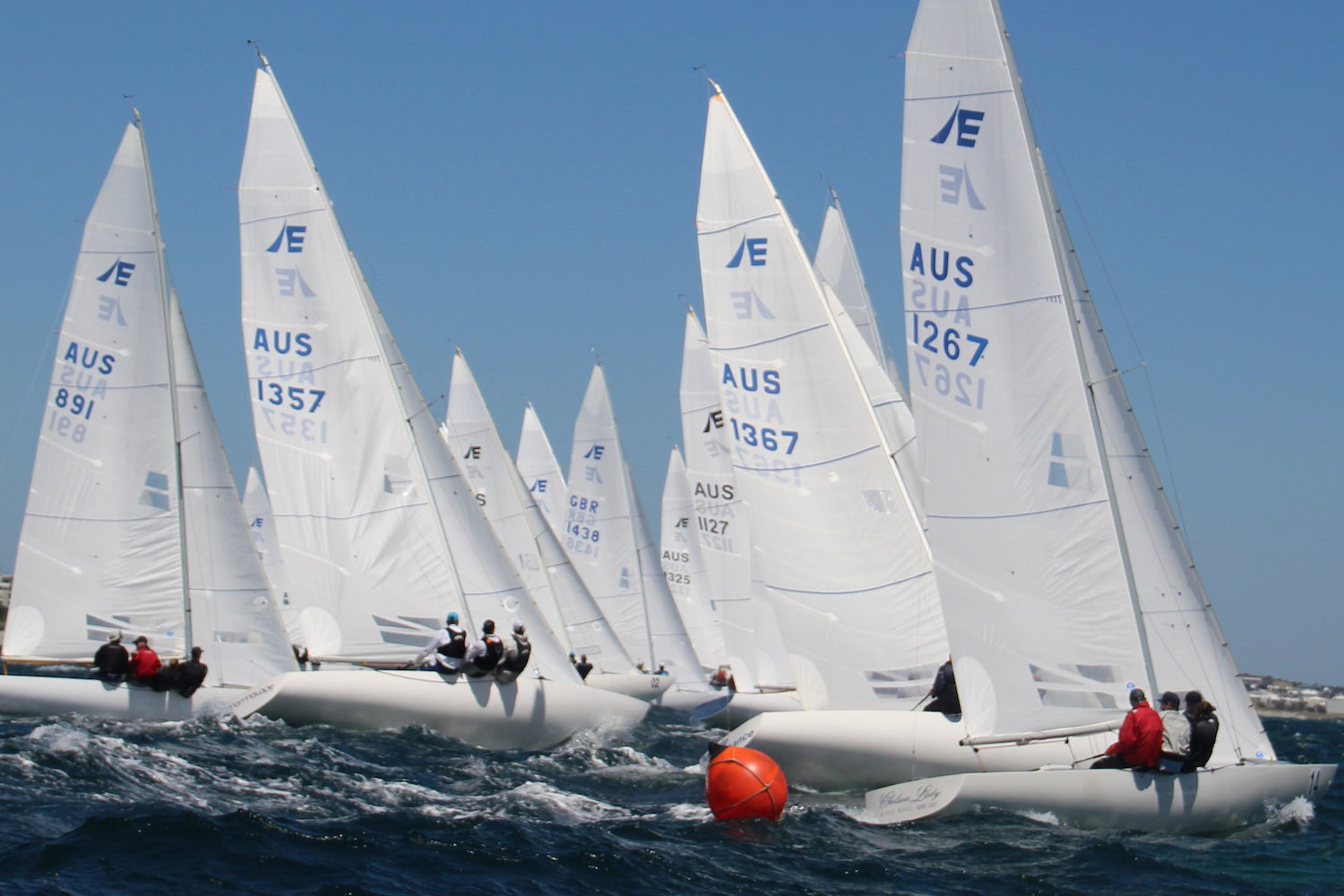 Tension is high as the Etchells fleet cranes in to moor up on the pontoons in Fremantle ahead of an incredibly competitive Etchells Australian Championship. The reason why this event is so significant is the fact that the Etchells fleet will be coming to Australia on a regular basis over the next couple of years. Later this year in October, the Etchells World Championship takes place in Brisbane, Queensland and two years later in November, 2020 the Etchells Worlds will be held on the infamous waters of Fremantle, the very same waters that this regatta will be sailed.

The significance of the regatta is the reason it has attracted over 30 entries with the majority (21) boats represented by the two WA host clubs however competitors have made the long journey from Sydney, NSW, Melbourne, Victoria and Brisbane, Queensland, (around 3 days across the country by road)!

Another reason competitors are attracted to race in the ocean off Fremantle is the weather conditions. Guaranteed blue skies, warm summer temperatures (Avg 30 degrees this week), and strong winds. The advance forecast for the week is for some moderate to strong early morning breeze, building to some strong afternoon blasts with the infamous ‘Fremantle Doctor’ sea breeze, making regular appearances. The waves can also get quite boisterous providing some great downwind surfing.

The level of competition will be intense with crew members ranging from the 1983 Americas Cup to the more recent Americas Cup in Bermuda, crews from the current Volvo Ocean Race, numerous who have raced the big offshore classics, like the Sydney to Hobart Yacht Race, past Olympic campaigners, many past keelboat and dinghy world champions and of course past champions in the Etchells class.

There are however also a number of local club sailing teams racing, an all female team and a number of young guns looking to cut their teeth and learn from some of the masters out on the water.

As usual there is a packed social calendar with a selection of local eateries providing typical WA grub and brews supplied by local brewers, Gage Roads and fine wines from Paul Nelson Wines to boost the egos of winning crews and drown the sorrows of those that fall off the back of the waves.

So it will be early to bed for all Etchells competitors in Fremantle tonight and all action on the race course in the morning.