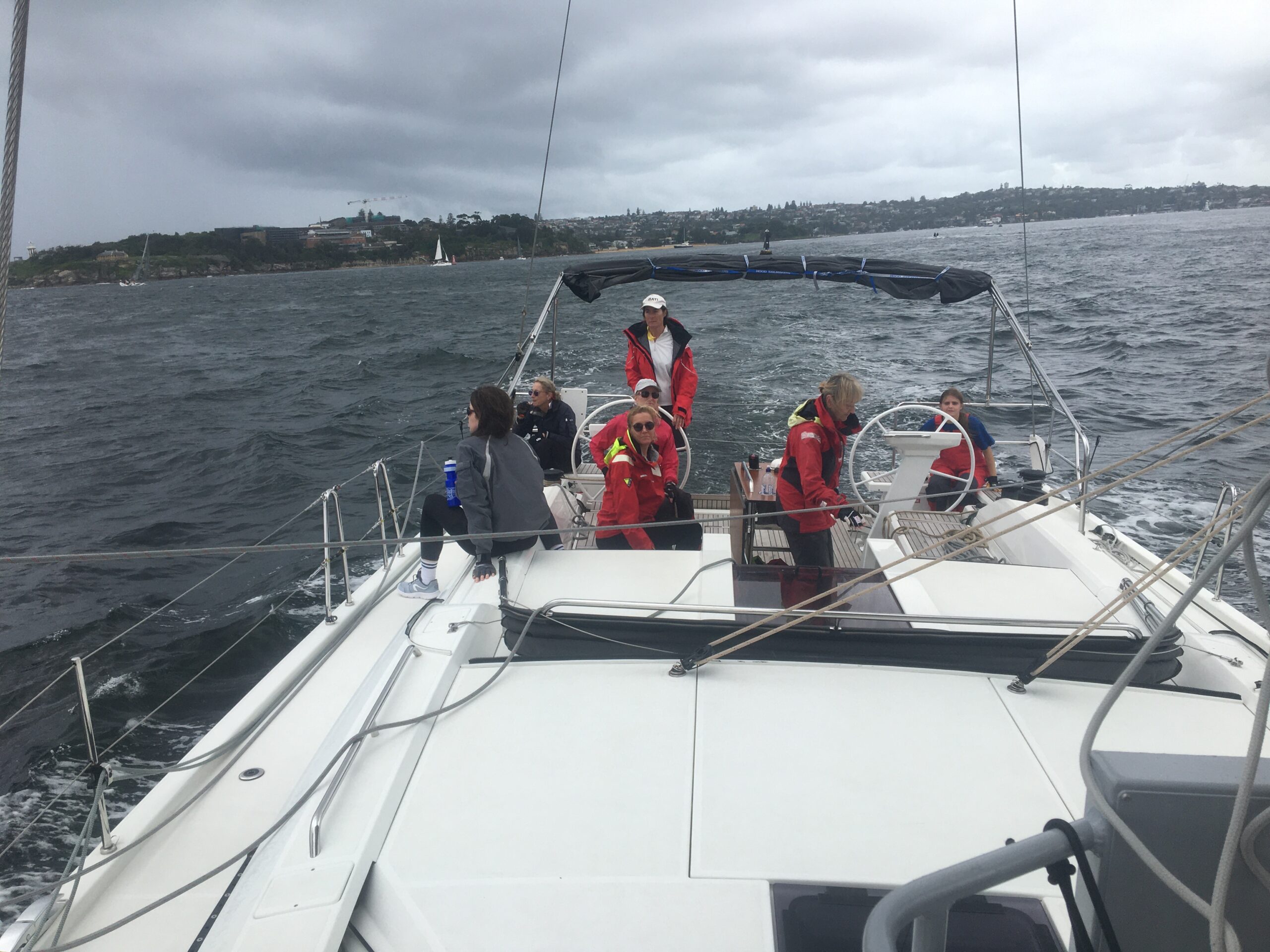 Manly Yacht Club’s Helly Hansen Women’s Challenge on Sunday March 27 had it all, from rain squalls to light winds, spinnaker troubles and of course – a lot of fun.

Apart from a downpour before the start, and a smattering of rain during the race, the event ran smoothly.

Sixteen boats across two divisions assembled on the start line off Forty Baskets Beach, Manly Cove, in light to moderate south-easterly winds. The course took the fleet on several laps in the vicinity of North Sydney Harbour. The wind increased during the final stretch of the race, as the yachts reached across the heads from Lady Bay to the finish line at Forty Baskets Beach.

We look forward to seeing the Sydney Harbour Women’s Keelboat Series fleet continue to grow in strength and numbers for the 2022/23 season.