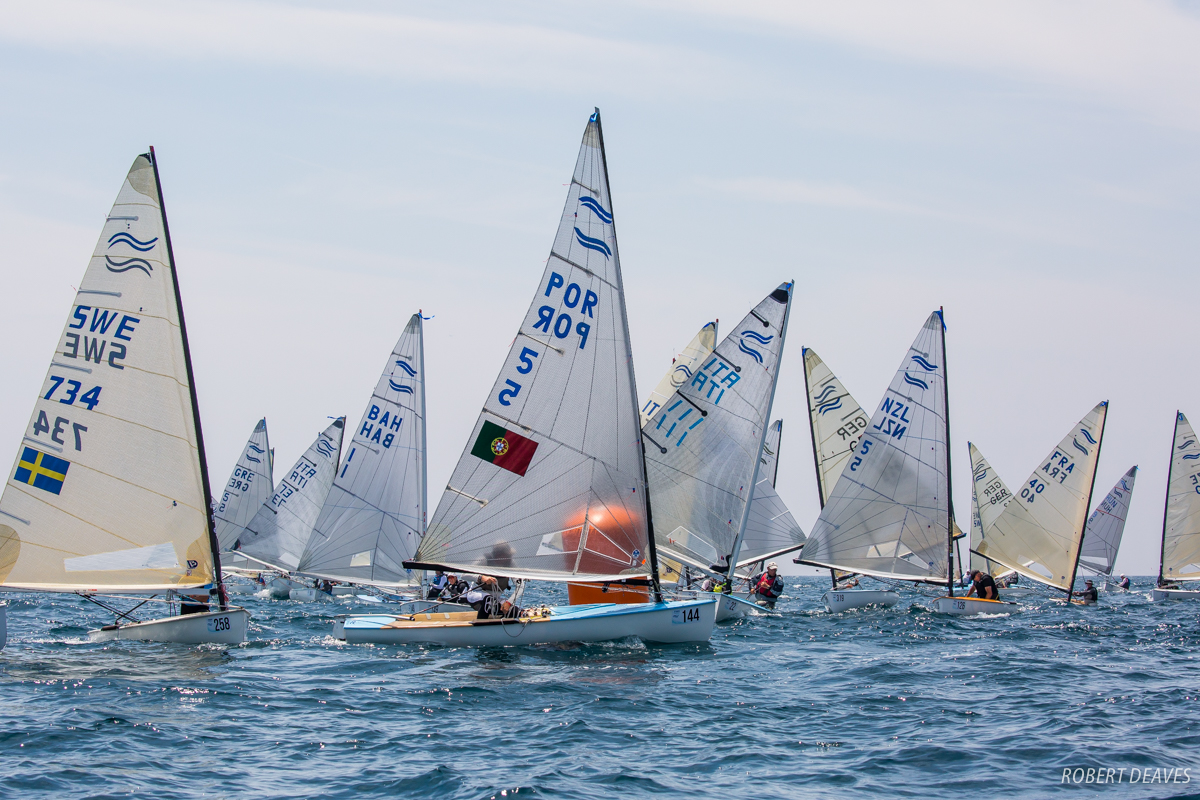 The fourth day at the 2018 Finn World Masters at El Balís ended with no more racing taking place, the third day lost, in a week of uncharacteristically light winds. The championship concludes on Friday with just one more race needed to make the championship valid.

While there was breeze most of the day, it was never more than 3-4 knots and, while a faint hope existed that an evening breeze would come in, the sailors waited in vain. The sailors spent the day chatting, making new friends, and generally putting the world to rights.

The forecast for the final day is more promising with moderate to strong winds forecast. The start time has been brought forward to 10.00 to try and get two races in before the wind gets too strong. Many here are really not sure whether to believe it, though the weather briefings each day have been fairly accurate.

Earlier in the day the class held its Annual Masters Meeting, with more than 200 sailors present. The main decisions were approving the submissions to host the 2020 Finn World Masters at Port Zélande, in The Netherlands and the 2020 Finn European Masters in Gydnia, Poland.

There was also a show of hands on future venues, with venues in Thailand and Australia keen to invite the Masters fleet. The sailors were generally in favour of travelling outside Europe, something the World Masters has only done twice, but it has never been to the southern hemisphere.

A maximum of two races are possible on Friday, with many needing the discard which comes into play after that fifth race. Everyone is hoping that the breeze does arrive as forecast, to end the week on a high.

Today we also published a huge gallery of photos from Day 3 on the Finn Class Flickr page. You can see them here: https://www.flickr.com/photos/finnclassphotos/sets/72157691395465300/ together with galleries from each day.