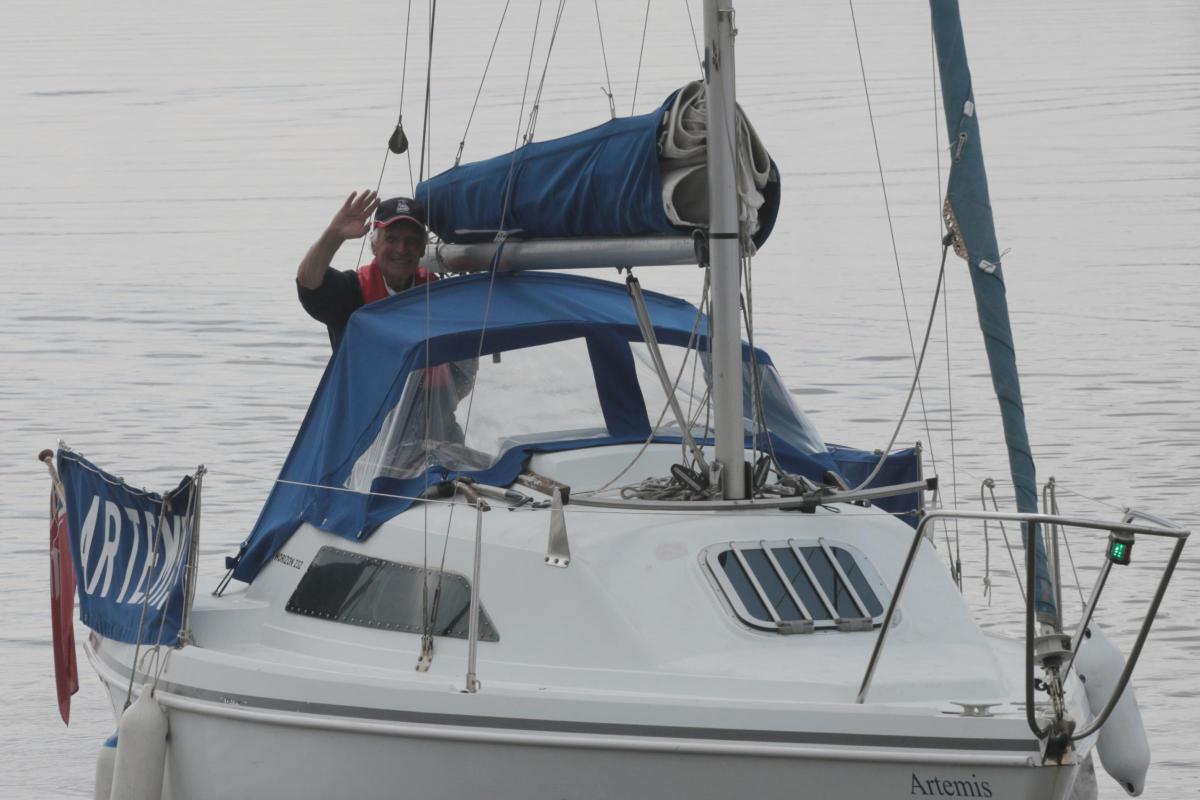 Murdoch McGregor, 82, was welcomed back to Alloa following an epic round the UK solo charity sail. Pic - Alloa & Hillfoots Advertiser

An Alloa man has completed an epic solo sailing adventure round the UK, raising thousands for charity and inspiring many along the way.

At the age of 82, the Scotland’s Murdoch McGregor set off on the challenge earlier in June and was welcomed back to the harbour by several dozens of family, friends and supporters.

The intrepid explorer has been raising funds for Mental Health UK, a cause close to his heart and has raised netted nearly £8,000 online to date.

It is believed to be a first such solo voyage for any Alloa sailor and Murdoch previously reminisced how he was inspired as a youngster when he used to watch ships coming in and out of the then busy harbour in town.

Decades later, he began sailing as a late developer at the age of 72 and completed the trip by coming ashore at the very spot he used to frequent as a youngster.

For the full story, see: https://www.alloaadvertiser.com/news/19531958.an-inspiration—murdoch-82-completes-trip-around-uk/?ref=fbshr&fbclid=IwAR3xQrFKykQQVZJuwmf7seNXEFluE4qJDys4ghyHKbMWnHorZDtlzPqCp10