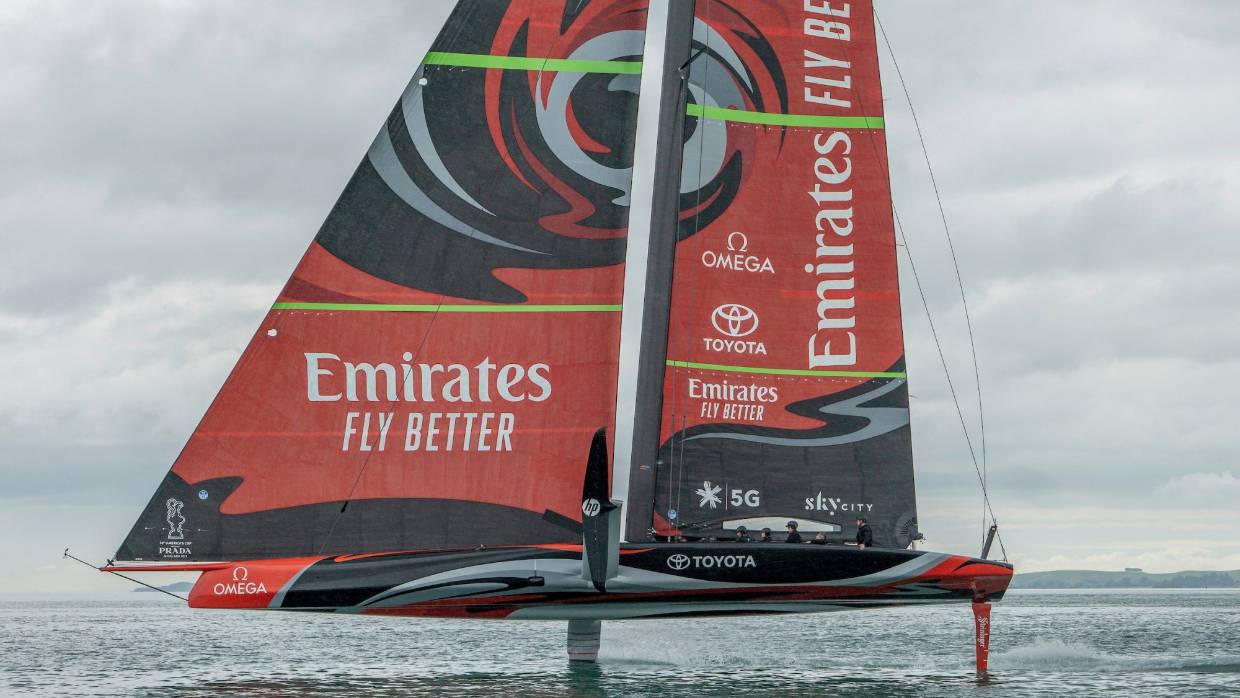 Team New Zealand foil past a 1995 America's Cup boat while training in Auckland.

Team New Zealand have shown the huge development in America's Cup design as they engaged a 1995 version during training in Auckland.

The Cup defenders were flying on their foils while NZL41, a former Japanese entry from the 1995 regatta in San Diego and now an Auckland tourist attraction, looked like a slug in contrast.

The 1995 Cup was Team New Zealand's breakthrough win to grab sport's oldest trophy and the boats had an average speed of around 10 knots.

The new 75-foot foiling monohull is expected to break the 50 knots barrier.

The old boats were bigger at 85ft and with an 8.5m higher mast and more sail coverage. But they were heavy and cumbersome, weighing almost four times as much as the current class.

The old boats were sailed from 1992 to 2007 before the Cup entered its multihull era for the 2010, 2013 and 2017 editions that have helped revolutionise the sport with their radical designs and fast-paced action.

Team New Zealand and Italian Challenger of Record Luna Rossa were keen to return the majestic monohulls to the America's Cup in 2021 but they have taken them to a new level with the breakthrough foiling design.