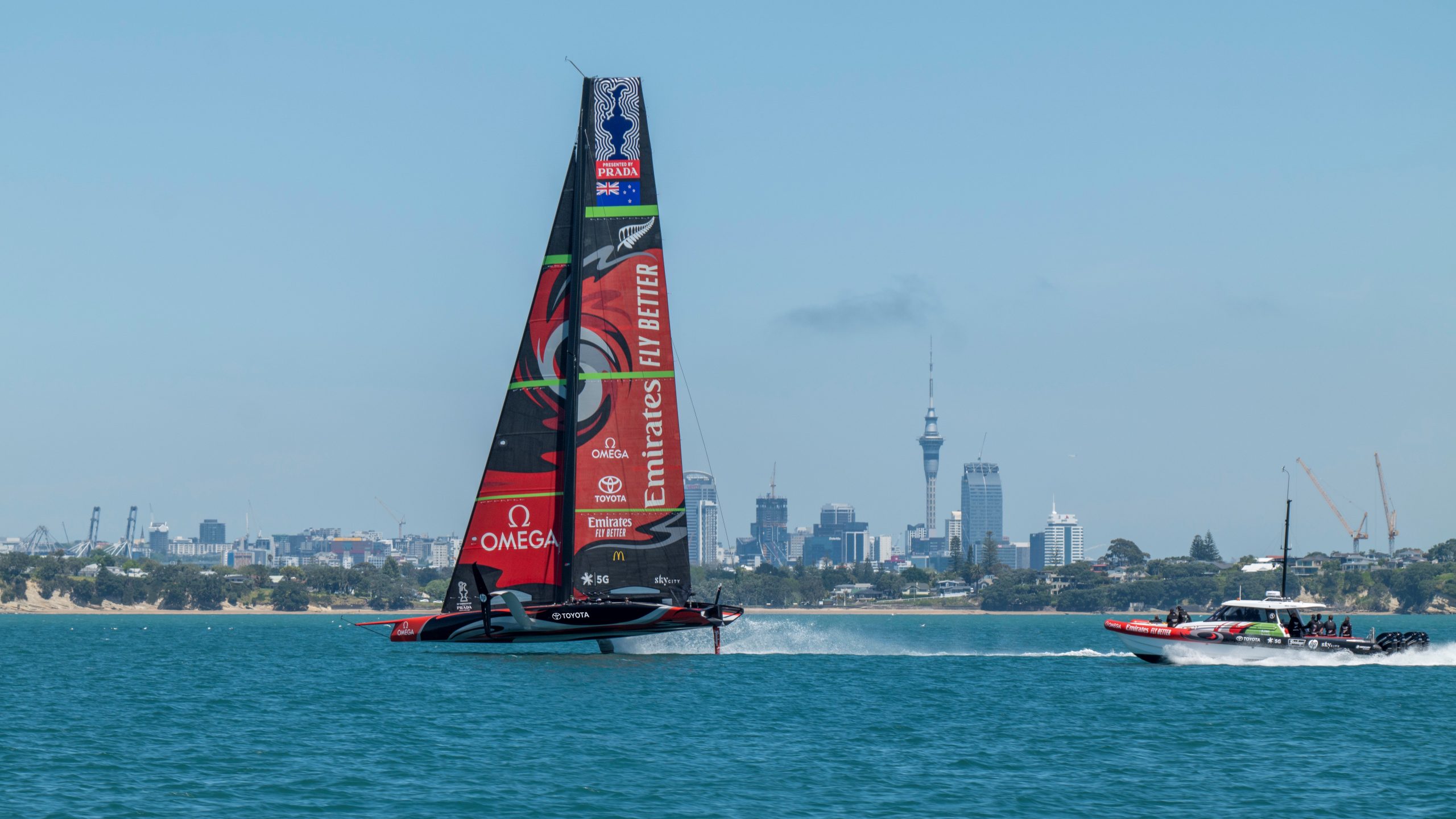 It marks the first official race of the ‘Defence’ of the Auld Mug for the holder of the America’s Cup. It is the first occasion that the trophy is officially on the line since it was won in Bermuda in 2017.

However, for Emirates Team New Zealand, her team is taking the view that it's not about defending the Cup, but more about simply winning it; much the same as all of the Challengers are trying to do.

“For the Challengers, all you are trying to do is win the Cup. When you are the Defender you also have other considerations, but at the end of the day, no matter who you are you still need to win it, explained Emirates Team New Zealand COO, Kevin Shoebridge who has previously been in the position as both a Challenger and a Defender.

“So this mindset is a subtle change, but I think a correct one, and it's how we are all thinking here.”

At the end of the day, today is just another date in the long and arduous campaign for everyone in the team, but it is a good opportunity to momentarily take stock of what has been achieved by the 100 plus members of the team so far. It is also about looking at what is still to be accomplished if the team is going to be in a position to successfully win the Cup again.

“One year to go has come around really quickly. It is a pretty exciting time for us as a team. Everything we have put in place over the last couple of years is aiming at 6 March 2021 and the subsequent weeks,” Shoebridge continued.

“We feel as though we’re in a good space. We have a lot going on this year with developing boat one, developing the 12 metre test boat, we have boat two under construction and we are about to head off to the ACWS regattas. By the time all of that happens, we are going to be getting pretty close.”

For some members of the team, right now is their time to perform under the immense pressure of delivering to extremely tight deadlines already.

“This is our mini America’s Cup within the campaign,” said Construction Manager, Geoff Senior, when talking frankly about the construction of the team's second AC75 that will be racing in 365 days’ time.

“If we don't deliver this boat on time, we have failed, so there is a bit of pressure on us, but we’re used to that and we know how important it is for the team to receive the boat on time. We are all guns blazing from here, including weekends. We are doing night shift as well. So we take it all pretty seriously.”

Shore Team Manager Sean Regan is the one renowned for cracking the whip at the Emirates Team New Zealand base to make sure that the daily tasks, no matter how big or minute the detail, are done.

“It just never seems to end at the moment, but the buzz will come in less than nine months' time at the start of summer when the other teams start turning up and the vibe is going to be here,” Regan said.

“We all know what we are here for; we are certainly not here for the party. We have to produce a weapon for our sailors to go to war on the water with.”

This is the attitude across all departments of the team. A relentless year-long push to what is one of the most anticipated points of every edition of the America’s Cup.

“It’s going to be an amazing day on March 6,” Shoebridge said.

“No one is really going to know at the start of that day how it's going to play out. The Defender and Challengers wouldn't have sailed against each other since the last ACWS in December. A lot of things can happen in that period of time, so it's going to be a really exciting weekend.”