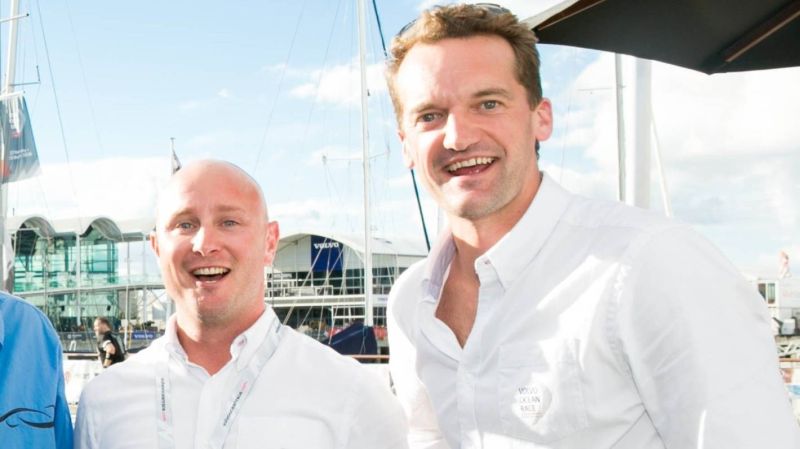 The principals of event firm Mayo and Calder

The investigations into financial management of the 2021 America’s Cup have taken another twist, with the principals of a high-profile sport-events business claiming they are “whistleblowers” with concerns about matters in the Cup organisation.

Tom Mayo and Grant Calder of Mayo and Calder, have raised matters confidentially with the Ministry of Business, Innovation and Employment, which commissioned an auditor to investigate “serious concerns”.

News website BusinessDesk has reported that the pair, along with their accountant Michael Choy, have made protected disclosures to MBIE under the Protected Disclosures Act.

However, it is unclear whether that act would apply in the case, and Emirates Team New Zealand last night tweeted that, “Whistleblowers Protected Disclosures Act doesn’t apply in this situation”.

MBIE has made no comment on the course of the investigation, including whether any information was being received under the Act, which covers “whistleblowing” in some cases.

The New Zealand Government froze payments to America's Cup organisers on Thursday as officials investigate fraud claims in the lead-up to next year's prestigious yachting regatta in Auckland.

“We are not intending to make further payments to ACE. This will be revisited pending the outcome of the process,” the Ministry of Business, Innovation and Employment said in a statement.

The ministry has previously said it was investigating “structural and financial matters” surrounding the organisation of the race but provided no further details.

ACE is a subsidiary of Team New Zealand (TNZ), the racing syndicate who won hosting rights for the 2021 America's Cup when it triumphed in Bermuda in 2017.

TNZ managing director Grant Dalton has repeatedly denied any wrongdoing and complained this week about his organisation being infiltrated by spies.

After the government's announcement, TNZ said it had no problem with funds being suspended.

“ACE and Emirates Team New Zealand in fact support the government in holding funds until the process is complete and we have closed out all issues,” it tweeted.

The New Zealand Herald said late on Thursday that TNZ's lawyers had obtained a gag order from the High Court preventing it from publishing the findings of an interim report into event finances.

The MBIE statement revealed that the government was withholding NZ$11 million ($7.2 million), part of a NZ$40 million ($26 million) “hosting fee” paid to ACE.

The government and Auckland Council have poured a combined total of around NZ$250 million ($163 million) into the America's Cup, which dates back to 1851.

Read the full story at Yahoo

America’s Cup financial wrangling heads to the High Court in Auckland on Monday as Team New Zealand seeks to block publication of a confidential draft audit of financial management for the event.

Media company NZME has obtained a copy of the confidential audit done for the Ministry of Business, Employment and Innovation (MBIE), which raised “serious concerns” about spending by the team’s event arm ACE.

Team New Zealand does not want confidential information released, including team salaries which would be valuable for rivals who may try to poach staff after the March regatta.