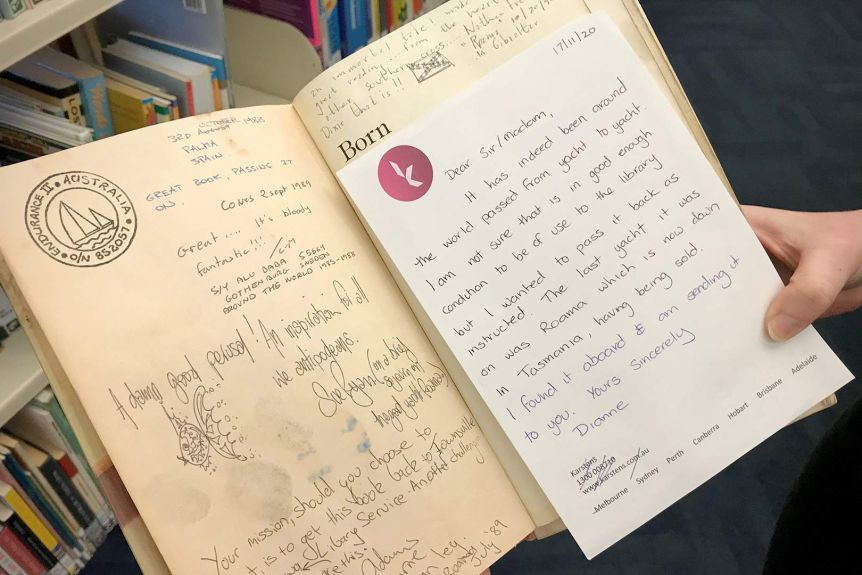 07/12/2020
ABC North Qld. By Nathalie Fernbach
A book by America's Cup winning skipper John Bertrand borrowed from a Townsville library in 1987 has been returned after sailing around the world for 33 years.

The book, Born to Win, was shared among yachties as it travelled the globe before returning to Australian shores, according to Julie Zacchei from Townsville City Libraries.

Ms Zacchei said the book was mailed back to the library by a woman who found it on board the Tasmanian yacht Roama.

“We have a lot of books that travel a lot of places, but this one I think is going to take the cake,” Ms Zacchei said.

“It has travelled for about 33 years to about every port in the world… people have read it, loved it, put little comments in it, and eventually has come back to us,” she said.

Read the full story at the ABC.