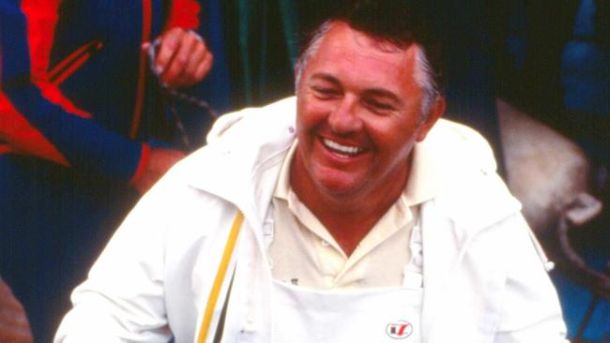 Alan Bond, whose Australia II became the first non-American yacht to win the America's Cup, has died from a complication of heart disease in Perth aged 77.

Born in England, Bond moved to Perth as a teenager where he became a sign writer. Successful property developments led to him acquiring the Swan Brewery, which at the time had a market share in excess of 85% in the Western Australian market.

He became involved in the America's Cup in 1970 when he bought three yachts from Sir Frank Packer. In 1983 Australia II, helmed by John Bertrand and crewed by some of the biggest names in Australian sailing, famously broke the 132-year stranglehold of the New York Yacht Club and brought the Auld Mug to the Royal Perth Yacht Club on the Swan River.

Bond's syndicate was unable to defend the Cup in 1986/87 off Fremantle when it was beaten by fellow Western Australian businessman Kevin Parry's Kookaburra syndicate in the Defender trials. Dennis Conner, who lost the Cup to Bertrand in 1983, won it back convincingly on Gage Roads off the Perth shoreline.

Bond went from hero to zero owing to his business dealings as a significant player in WA Inc. That was the name given by the press to a series of outrageous activities by a group of WA businessmen in cahoots with the State Labor governments of Brian Burke and Peter Dowding.

Bond's worst business deal was the purchase of Channel Nine from Kevin Packer for $1.05 billion, which he subsequently sold back for $500 million. Packer said at the time, “You only get one Alan Bond in your lifetime and I've had mine.”

In 1992 Bond was declared bankrupt owing $622 million and he served four years in jail between 1997 and 2000 for fraud relating to his use of $1.2 billion cash from Bell Resources to bail out other business deals.

He divorced his first wife, Eileen Hughes (known as Red) and married theatre producer Diana Bliss in 1995. She committed suicide in 2012 after a long struggle with depression..

Bond is survived by sons John and Craig, daughter Jody and eight grand-children. His other daughter Susanne, a member of the Australian showjumping team, died in 2000 from a suspected accidental overdose of prescription medications.

Bond will be remembered as a man of extreme contradictions. He could be charming and always refused to quit, even in the face of impossible odds, but his cavalier behaviour in business ruined his reputation and left him a pariah in the minds of many.

Yachting Australia offers it condolences to the family of Alan Bond, who passed away in Perth today.

Best known for his funding of the syndicate that wrested the America’s Cup from the hands of the Americans after 132 years in 1983, Alan had a long sailing career and raised the profile of the sport in Australia and around the world over many decades.

At a time when some of Australia’s most successful skippers took part, two Admirals’ Cup campaigns beckoned for Alan, his first in in 1973 with Apollo II and then again in 1981 with Apollo V.

Yachting Australia President Matt Allen recalls sailing on one of his Yachts as a 20 year old, saying, “I clearly remember he was one of the most positive people I’ve ever met with an incredible determination and strong will to succeed.

“He was a huge influence on the sport of sailing and while he is best remembered for the success of the America’s Cup campaign, he loved international racing, particularly the Admirals’ Cup, and many ocean-racing campaigns.

“The America’s Cup win was quite a moment in Australia’s history and one that will remain in the sailing record books.  However Alan Bond made a broader impact on our sport, both at home and internationally, and we are grateful for his contribution”, added Matt Allen.