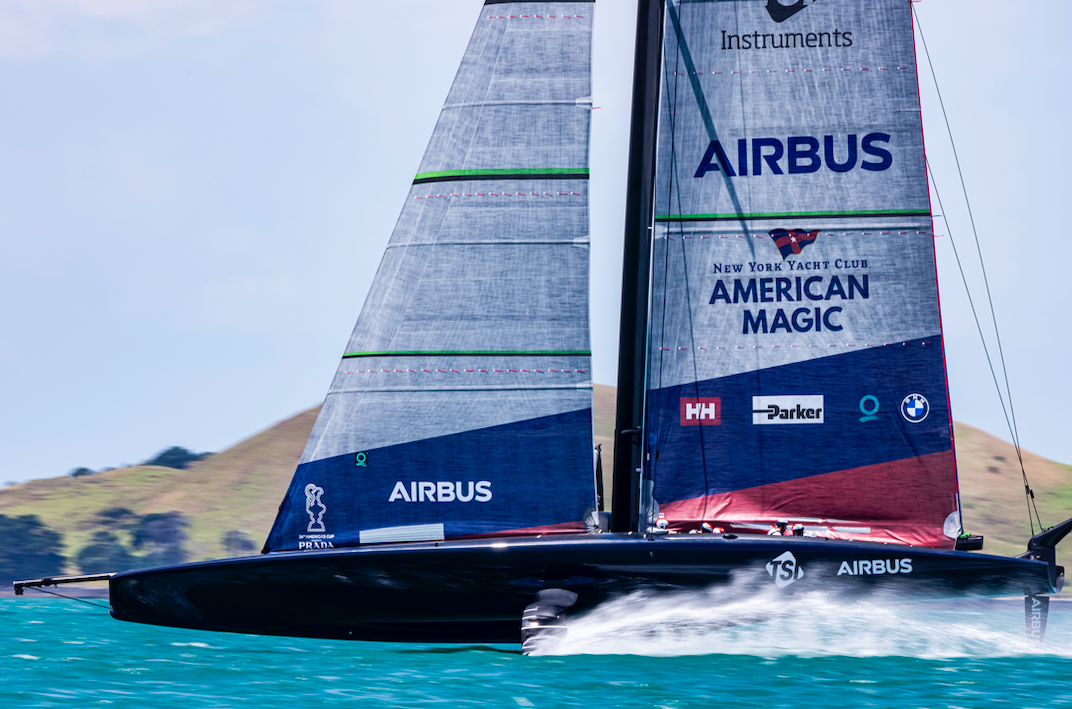 Tom is also currently the coach for the Australian SailGP team. Tom is a graduate of the University of Rhode Island and won the Student Yachting World Cup. In addition to being a professional sailor and sailing coach, Tom is very passionate about the environment and practicing ways to be more sustainable on and off the water.

Lucas Calabrese (Fort Lauderdale, Fla.) Lucas achieved an Olympic Medal in London 2012 competing in the 470 class. Lucas has won three World Championships: Melges 20 Worlds, J70 Worlds and Optimist Worlds. Lucas was born in Buenos Aires, Argentina, he moved permanently to the United States seven years ago and became a US citizen. Lucas placed 2nd at the TP52 Worlds and 2nd at the Melges 24 Worlds.

Andrew Campbell (San Diego, Calif.) Andrew returns to American Magic in his third America’s Cup pursuit, this is his second campaign with American Magic and previously was with Oracle Team USA in the 35th America’s Cup. Andrew is a world champion Silver medallist in the Star class.

Andrew is a Beijing 2008 Olympian and won a Gold Medal at the 2007 Pan American Games. Andrew is a four-time Collegiate All-American, four-time National Champion and College Sailor of the Year during his time at Georgetown University. Andrew is a three-time US youth champion Gold medallist, and a youth Laser world champion.

Riley Gibbs (Long Beach, Calif.) Riley is a versatile sailor and has an impressive resume of successes in a variety of fleets starting at a young age. Riley is on the US Sailing Team and sails with the United States SailGP Team. Riley represented Team USA at the Tokyo 2020 Olympics in the Nacra 17 class, he also competed at the Red Bull Foiling Generation World Finals. Riley won his first regatta at the Junior Sabot Nationals at the age of 14, and has since placed top five at three different World Champions: 29er, Formula Kite and Nacra17. Riley is the youngest skipper to win the 505 North Americans.

Dan Morris (Newport, R.I.) Dan returns to American Magic in his second America’s Cup quest. Dan is a Match Racing Tour World Champion, a Transpac Race Winner, and a Middle Sea Race Winner. Dan has been a part of the Red Bull Sailing Team in the Extreme Sailing Series, the United States SailGP Team and participated in the Superfoiler Grand Prix. Dan grew up living and working on boats in Minnesota.

“We are excited to announce this group of talented sailors,” remarked Terry Hutchinson, Skipper, and President of Sailing Operations for American Magic. “Our goal is to win the America’s Cup and bring the trophy back to United States and the New York Yacht Club. We are confident we are putting together a balanced team of experienced America’s Cup sailors with new blood to help American Magic accomplish this goal.”

“The America’s Cup is the pinnacle of the sport of sailing and our team is hungry.” said Tom Burnham, American Magic Head Coach. “The sailors are actively sailing in other events and regattas around the globe. We are currently planning our sailing schedule for the 37th America’s Cup, per the Rules of the Protocol all of the teams are permitted to start sailing their AC75 this September.”

The complete American Magic sailing team and roles on the boat will be announced at a future date.