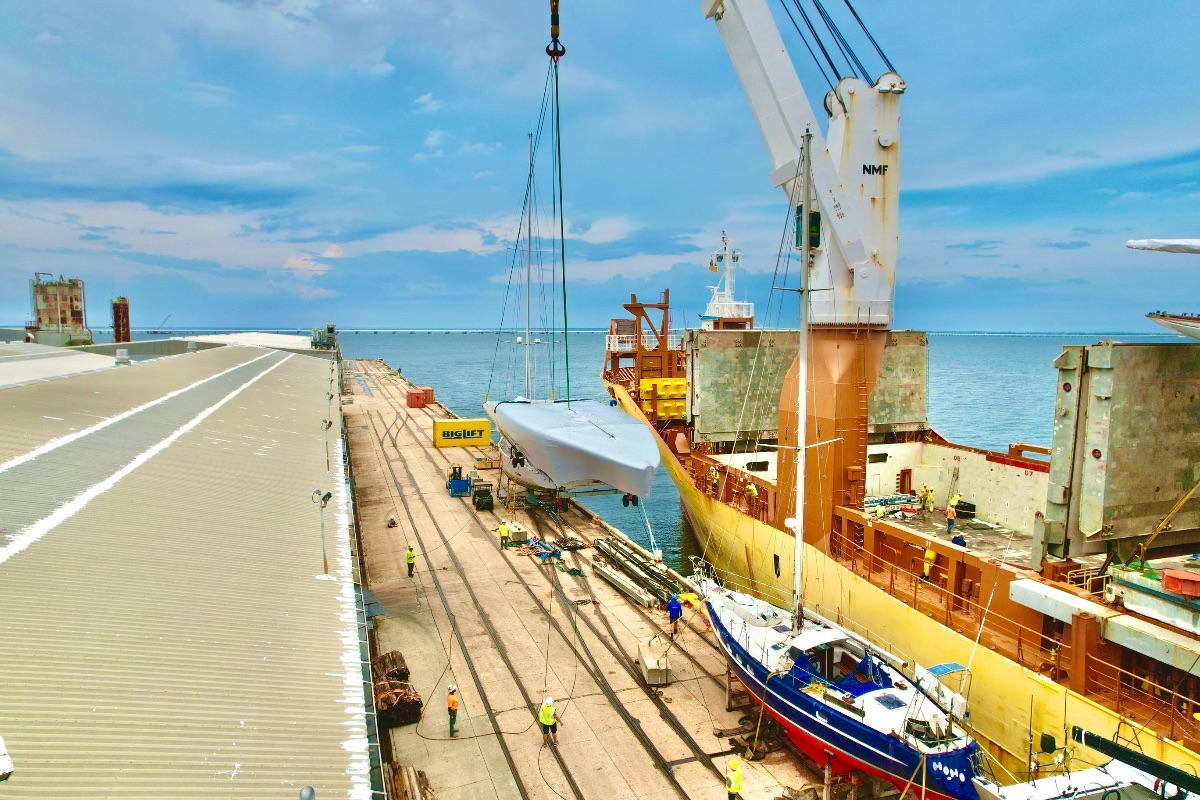 Pensacola, F.L. – The City of Pensacola is excited to welcome New York Yacht Club American Magic back to the Port of Pensacola for training, marking the team’s third winter training on the Gulf Coast.
PATRIOT, the team’s AC75 racing yacht, arrived in Pensacola on June 11 after making the journey from New Zealand.

American Magic will spend the summer building out the team’s base in advance of winter training. The team will spend all winter in Pensacola training before relocating to Barcelona for the final push into the 37th America’s Cup.

“I am excited to welcome American Magic back to the City of Pensacola and the Port of Pensacola,” Pensacola Mayor Grover Robinson said. “We are so proud to serve as their home base as they train for America’s Cup in Barcelona, and we look forward to seeing the American Magic team out sailing on beautiful Pensacola Bay.”

“We are so grateful for the support we’ve seen from the Pensacola community since our very first visit here,” said Terry Hutchinson, Skipper, and President of Sailing Operations for NYYC American Magic. “The team is excited to return and continue training on Pensacola Bay, which has proven to be an ideal training venue for foiling monohulls. We look forward to continuing a long-term relationship with the Pensacola community, which has truly embraced American Magic from day one.”

Pensacola is known to be a premiere sailing venue in the United States. There is consistent wind on the bay, which is geographically relatively flat making for a great natural foiling location.

“Not only does Pensacola Bay offer ideal conditions for sailing, but the Port of Pensacola also provides world-class facilities,” remarked Tyson Lamond, Chief Operating Officer for American Magic. “The Port offers extensive dockage, storage, cargo handling equipment and a phenomenal staff that is so supportive to us, making it an ideal location for our team.”