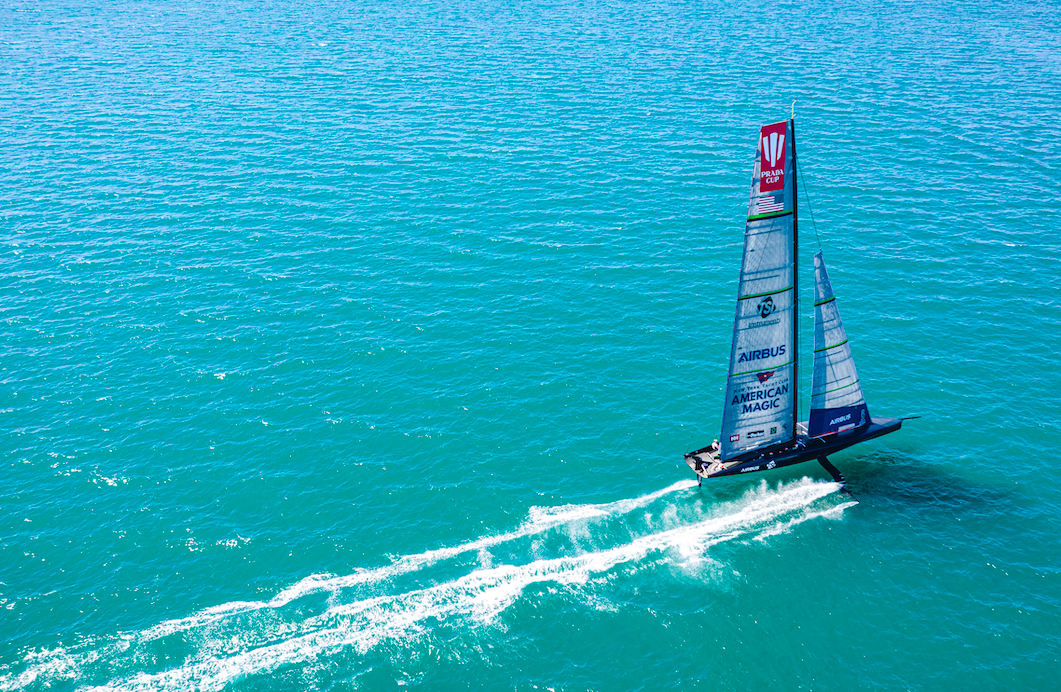 New York Yacht Club’s American Magic is pleased to announce its leadership team as the program continues its investment in top talent and preparation for the 37th America’s Cup.

The leadership appointments reflect a commitment to people who bring deep experience and diverse backgrounds and capabilities developed with lessons learned from the AC36 campaign.

•    Mike Cazer (Grand Rapids, Mich.) will serve as Chief Executive Officer, leading the overall team, emphasizing building American Magic into a commercially attractive brand, and as the leader in sailing in the United States. Mike also serves as CEO of Continuum Ventures and has nearly 35 years of global business experience. Before American Magic and Continuum, Mike was the Chief Operating Officer Amway and was a senior executive with Brinks and GE.

•    Terry Hutchinson (Annapolis, Md.) will continue as Skipper and President of Sailing Operations. Terry is a two-time college sailor of the year, four-time collegiate All-American, sixteen-time world champion, two-time U.S. Rolex Yachtsman of the year, and is a past winner of the Louis Vuitton Cup. Terry is now entering into his sixth America’s Cup program.

•    Scott Ferguson (Jamestown, R.I), who signed with the team last August, will serve as Design Coordinator and lead a design team to bring innovation and cutting-edge technology to our design approach. Scott is a three-time collegiate All-American, two-time world champion, and two-time America’s Cup winner as a designer. The Naval Architect is entering into his ninth America’s Cup campaign, highlighted with wins in 2010 and 2013 with Oracle Team USA during the transition to winged sails and high-speed foiling in the America’s Cup.

•    Ben Osborn (Minneapolis, Minn.) continues as American Magic’s Chief Financial Officer. Ben also serves as a financial executive inside the marine operations of The Churchill Companies, where he has spent the past twenty-one years of his career. Prior to his tenure at The Churchill Companies, Ben worked at PricewaterhouseCoopers in their audit and business assurance practice.

“We have an incredibly talented, experienced, and dedicated team and are fortunate to have such dynamic and talented people across our entire organization,” Doug DeVos, Principal of New York Yacht Club American Magic, remarked. “We know people are at the centre of all we do and are the critical ingredients for success both on and off the water.”

“We remain intensely focused on our goal of winning the America’s Cup and bringing the Cup home to the New York Yacht Club and the United States,” Hap Fauth, Principal of New York Yacht Club American Magic, commented. “We have the right team in place to achieve extraordinary and historic success.”