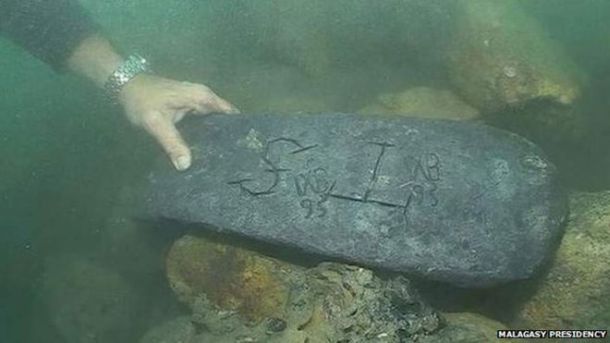 A 50kg (7st 9lb) silver bar was brought to shore on Thursday on the island of Sainte Marie, from what is thought to be the wreck of the Adventure Galley.

The bar was presented to Madagascar's president at a special ceremony.

US explorer Barry Clifford says he believes there are many more such bars still in the wreck.

Capt Kidd was first appointed by the British authorities to tackle piracy but later became a ruthless criminal and was executed in 1701.

Read the rest of the story, including a biography of Captain Kidd, here.