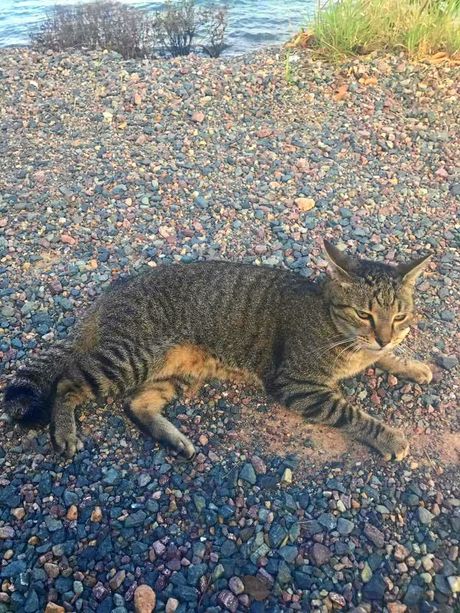 Sharkie the cat was found at Shute Harbour near boats that had been washed ashore after Cyclone Debbie. Photo Whitsunday Times.

The Whitsunday Times. By Peter Carruthers.

ONE year ago last week a frail and confused tabby was found at Shute Harbour after its floating home slipped its moorings and was forced ashore by the cyclonic winds of Cyclone Debbie.

A second cat that rode out the storm on a 36-foot yacht was later pulled from the wreckage and delivered into the loving hands of his owner, Ruth Muller.

Their survival is nothing short of miraculous. Especially considering that Sharkie and Amber never got along.

Ms Muller recalls an instance before the cyclone when Amber took a swipe at Sharkie who was catapulted over the side and into the ocean.

Later rescued with the help of friendly neighbour and a fishing net, Ms Muller said “If Sharkie could talk and tell us what he has been through the story would be amazing”.

To read the amazing story of the cats' rescues, go to The Whitsunday Times.