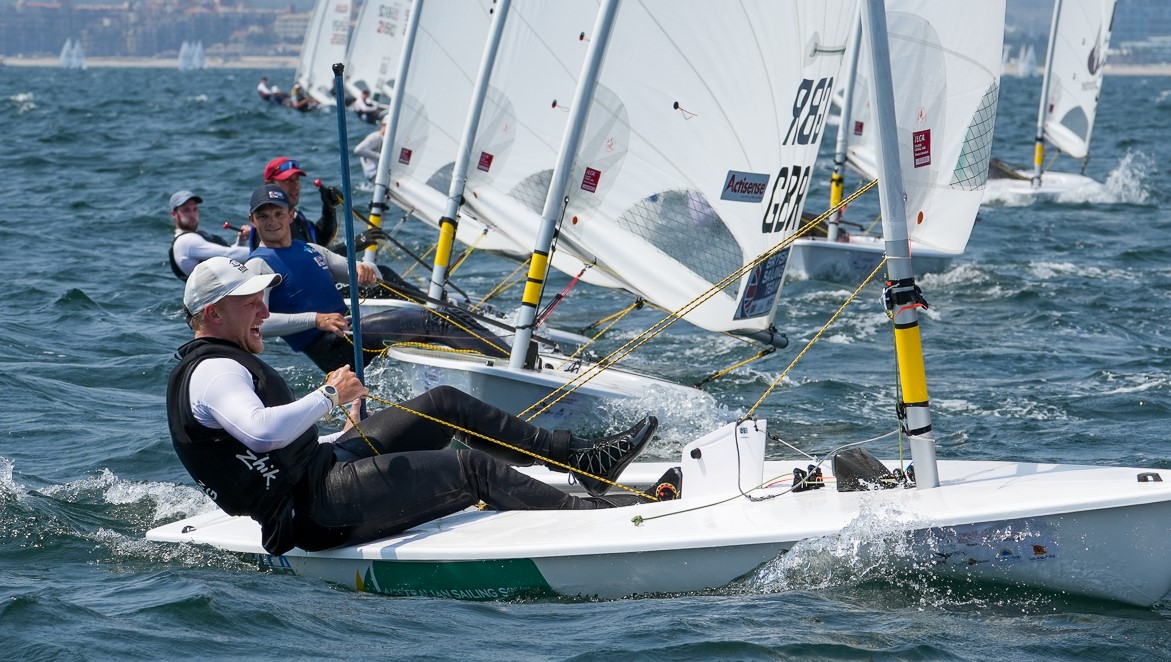 The Australian ILCA7 squad leaves Mexico with a drive to come back fighting for the remainder of the season.

It was a tough week for the young Australian squad, as they battled to regain their fitness and form after what has been a year troubled by injury and illness.

“The squad had a little bit of better day to end the Championships, but we have come away with a lot of lessons,” coach Rafa Trujillo admitted.

Trujillo knows the squad needs some time to reset and refocus, “We will go away for a few weeks’ recovery, to gain fitness back and to analyse why we did not do as well as we expected at this regatta.”

The new World Champion is Frenchman Jean-Baptise Bernaz, who competed at his first Worlds in 2006 and despite many top 10 finishes had never won a World Championship before today. He had considered retirement after his 7th place at the Tokyo Olympics, but the lure of a home Games in Paris in 2024 fortuitously inspired him to continue.

Finn Alexander was the best-placed Australian in 13th equalling his best-ever World Championship result. Despite the promising result, the NSWIS athlete is frustrated that there were some lost opportunities this week.

Alexander shared, “It was a good regatta but I lacked a bit of consistency throughout the week and especially in qualifying. I had lots of good races and lots of positives to take away but there were a lot of points wasted, it’s a little bit frustrating but still not a bad overall result.”

It has been a consistent European season for the Royal Sydney Yacht Squadron athlete, with a 15th in Palma, 12th at Hyeres and 13th here indicating he has some solid processes in place.

Australian Sailing Team athlete Luke Elliott had a better day on Banderas Bay with two 11th place finishes, attributing the positive results to the improvement in his second upwind strategy.

Elliott is not deterred by the challenging week knowing that this is a long game, commenting “there is still a lot more to come”. Elliott will head back over to Europe for competition in June followed by training camps at the Olympic venue in Marseille.

Twenty-one-year-old Ethan McAullay finished 41st overall as he adapts to the intense and tight racing of an open ILCA 7 World Championships. Young Tasmanian Sam King is a member of the Australian Sailing Futures program, and he showed a lot of promise rounding out the week in 46th overall. Australian Sailing Team member Zac Littlewood had a tough week following a rocky start to the regatta and finished in 72nd place.

Reigning Olympic Gold Medallist Matt Wearn had to withdraw from this week’s competition as he continues to recover from an illness contracted last month.

“The Australian ILCA 7 squad will depart Mexico with lessons they will continue to build from in their pursuit of next year’s World Championship and the first opportunity for 2024 Olympic Qualification.”

Brambell is impressed with the tenacity of the squad knowing their eyes are firmly set on continuing Australia’s legacy of success in the class.

Most of the squad will now head home for a break, before returning for a training block on the Paris 2024 racetrack in July.

There are more Aussies in action in Europe this week, with members of the 470, 49er, 49erFX, ILCA 6 and Nacra 17 squads taking part in the Allianz Regatta in The Netherlands. Racing is scheduled to start on Tuesday 31 May local time.