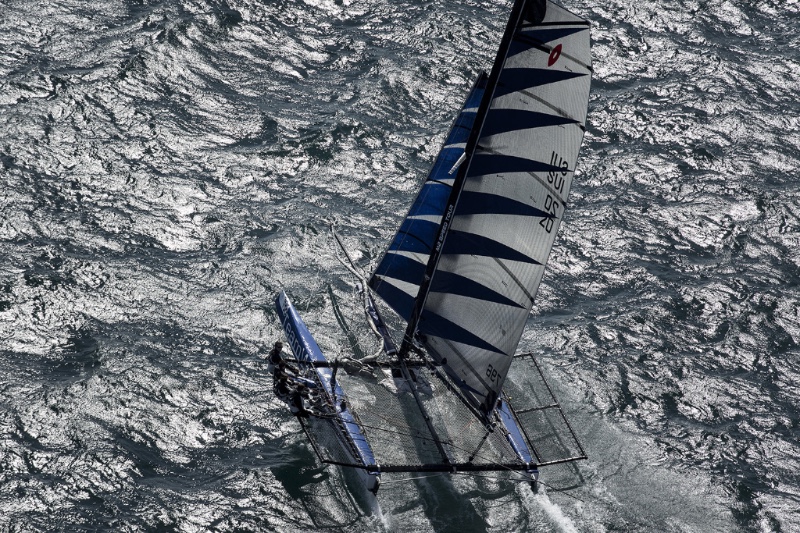 Geneva: The two Bertarelli family multis, handled by expert crews, dominated this 79th edition of the Bol d’Or Mirabaud, sailing side by side for most of the regatta.

The pair created an impressive margin against their direct competition, finishing almost together (1 minute 35 seconds apart), but with eight minutes twenty-three seconds advance on the hydrofoil catamaran GC 32, Realteam, which returned at high speed between the middle of the lake and Geneva.

“Our victory is the result of teamwork, and I’d like to thank the preparers who did an excellent job. An especial big thanks to Ernesto Bertarelli who wasn’t here today, but who left me the helm of his boat.”

“I am very proud to have won with them,” Cabecadas said.

The race came down to one option, at the entrance of the narrow part of the lake. That’s when we gained sufficient advance to win the race.

The whole race was extremely rapid, and Alinghi didn’t finish far from the record earned in 1994 by Triga IV in 5:01:50.

Thanks to this latest victory, Pierre-Yves Jorand joins Philippe Stern and Philippe Durr in the very select club of sailors having won the Bol d’Or Mirabaud seven times.

The hydrofoil catamaran GC 32 Realteam, which struggled on the upwind leg to Le Bouveret, made a rather exceptional come-back on the return leg between Le Bouveret and Geneva, passing her competitors one after the other to finish with a respectable third place.

Although most of the multihulls have finished, the fight goes on among the monohulls and will last all night for some of them.

It’s no surprise that Hungarian Libera Implancentre Raffica rounded the mid-course mark in the lead, ahead of Psaros 40 Syz & Co and the Engel family’s ‘old’ Taillevent, replica of a 1990s Americas Cup class, which performs very well in strong wind.

The game is far from over. The Libera is very unstable, she risks struggling during the expected fast downwind run to Geneva, while the more modern “sleds” may improve their ranking.