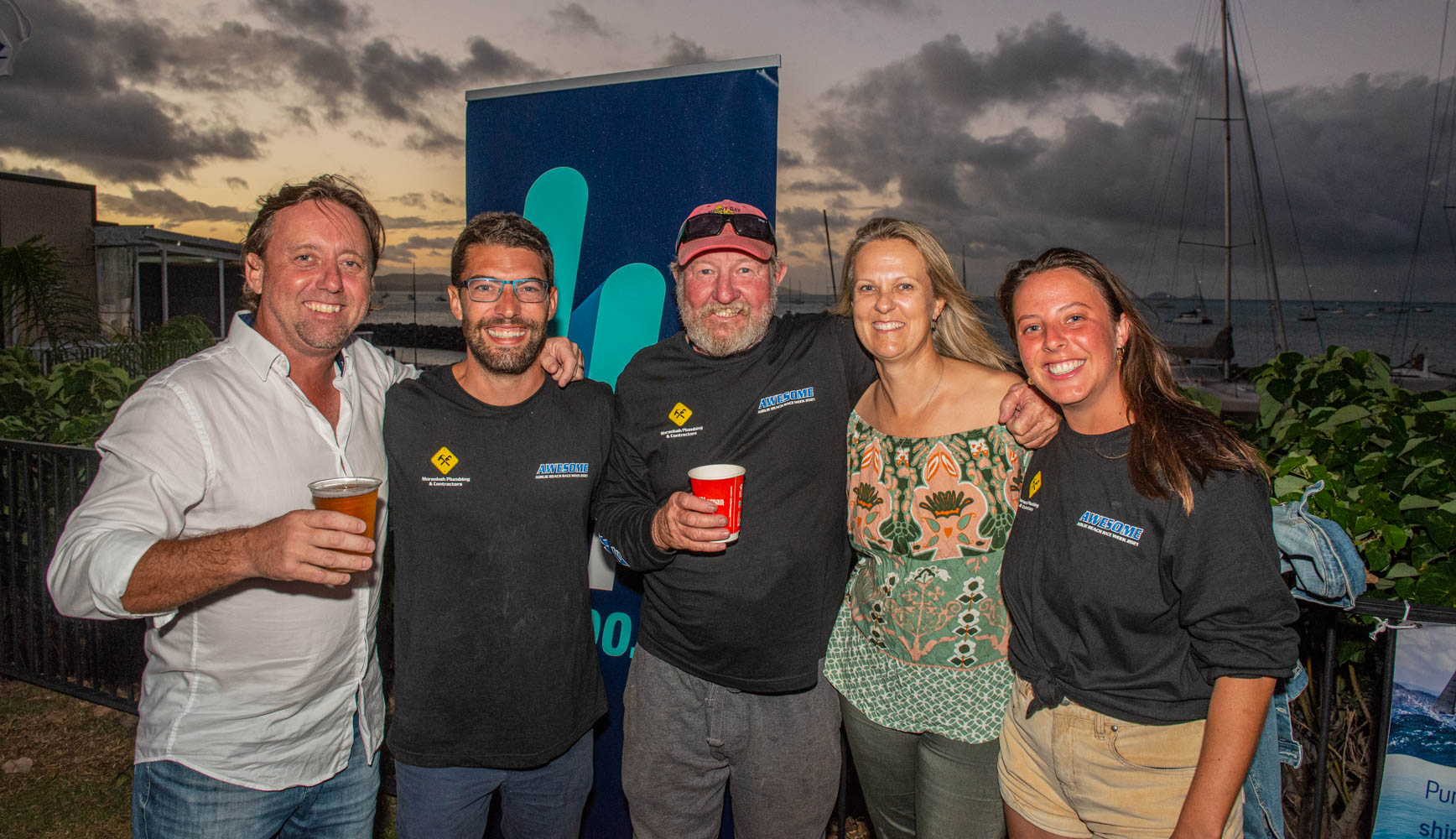 The Awesome crew having an awesome time at the top of the scoreboard. Pic - Vampp Photography/ABRW

Fun was had by all on yesterday’s lay day and today the proof will be in the pudding at Airlie Beach Race Week – who will turn up prepared, and who will be dusty – the results will be the telling in the Whitsunday Sailing Club’s annual major sailing event.

Airlie Beach Race Week Festival of Sailing reaches the halfway point today, so for those not in the top three, now is the time to make their presence felt.

Today’s forecast, Ross Chisholm the Event Chairman says, “Looks like a nice breeze of 15-20 knots with sun – and it does look like it’s spot on this time,” he said in reference to Sunday’s forecast which could not have been further from the actuality.

“Everyone has had a good day off and we’re sending the Performance  Cruising Division 1 boats up to Saddleback Island near Gloucester Passage and back, hopefully with tide running with them both ways. Likewise for the other divisions, they are also headed north, but to Dumbrell Island, similar to Sunday’s courses,” he said.

On the cruising racetrack, Dewi Hughes’ Anthea has taken control in the Non-Spinnaker division, the Hanse 411’s 4-1-3 results so far has her placed a mere point ahead of nearest adversary, Awesome. Both are local boats and Peter Harrison’s Awesome has won here before and is known as a slow burner.

With three days of racing remaining, it will be interesting to see how this division develops as the three boats closest to the top two are on 14 points each, six points off the lead.

Event Chairman, Ross Chisholm, has given the regatta to-date a ringing endorsement: “We are absolutely happy with how Race Week is going,” he commented. “Today was equal to yesterday and the day before, if not better and competitors seem to be making the most of being able to race again.”