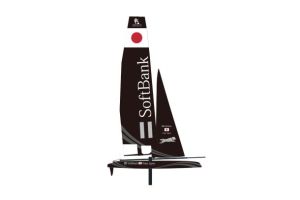 Airbus will team up with America’s Cup challenger SoftBank Team Japan as a technology partner supporting them with its engineering expertise already recognised through its Innovation Partnership with ORACLE TEAM USA.

“It’s great to have Airbus partner with SoftBank Team Japan,” said CEO and Skipper Dean Barker. “The technology they bring to the table is obviously undisputable. They have a huge amount of experience in the aeronautical industry and I think as the technology advances with America’s Cup sailing you are relying on other industries to help us to develop at the highest possible level.”

As part of this partnership, Airbus’ knowledge in fields such as aerodynamics, instrumentation, simulation, composites, structures, hydraulics and data analysis will be acquired by SoftBank Team Japan as they design their future race yacht.

“Making sure all the boat’s systems work at the highest possible level will be very important in these new boats,” said Barker and will boost the team’s competitiveness and design efforts considering the limited time the team has been together, having announced their challenge only in April 2015. Airbus’ expertise is invaluable.”

Airbus is a leading aircraft manufacturer offering a complete range of aircraft families, from 100 to well over 500 passenger seats, as well as the most modern, comprehensive and fuel-efficient product line on the market.