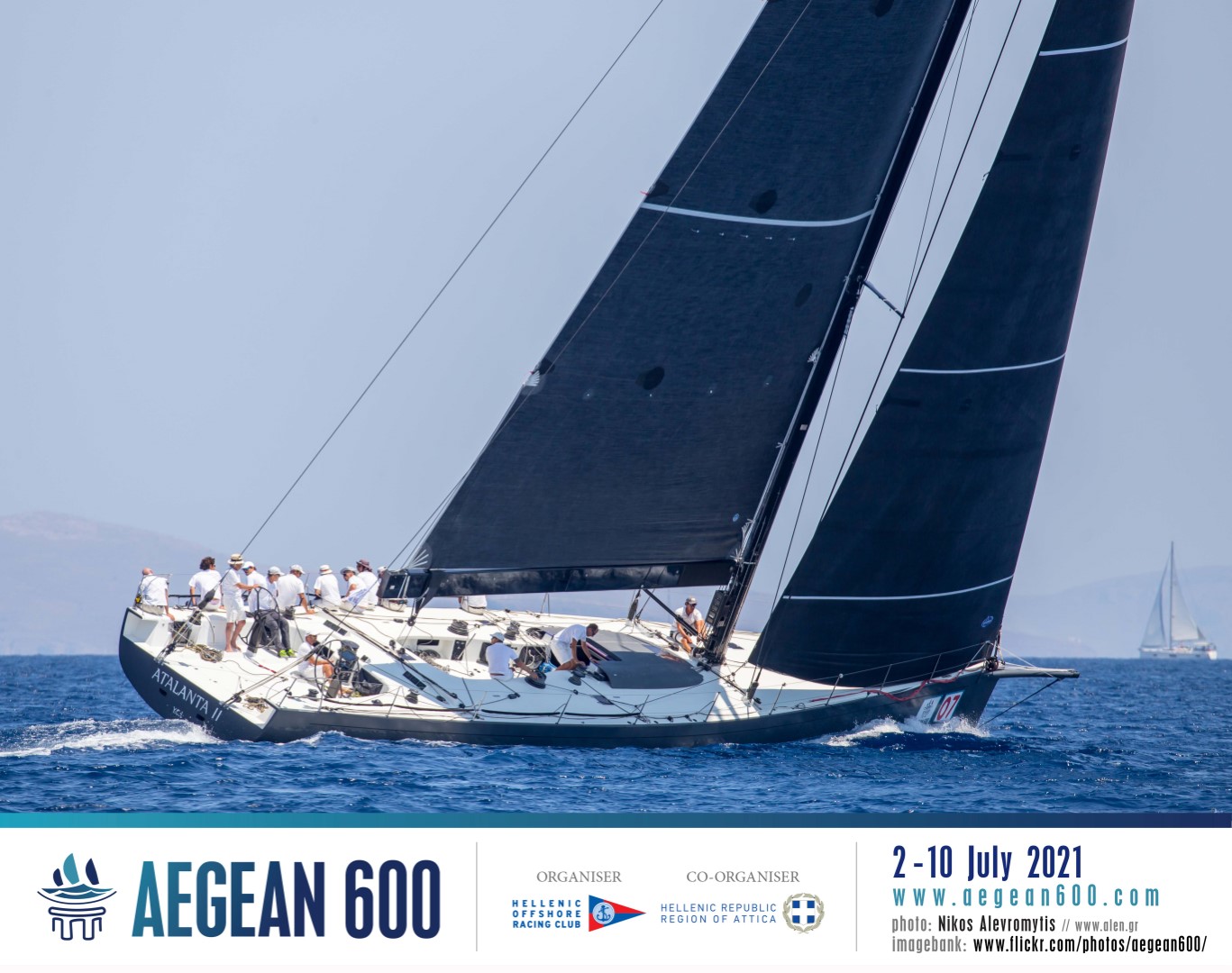 Lavrio, Greece: In the last 24 hours, the Greek Meltemi winds finally arrived on the AEGEAN 600 race course to speed up all members of the fleet as they start to pass through the halfway point in the race. This halfway point is at the famous ancient port city of Rhodes in the race’s 605-mile tour of the southern Aegean. In contrast, the second half of the race is a more complex series of shorter legs that winds through the islands to the north of Rhodes and lie just to the west of the Turkish coast. Then there is one last long leg heading due west towards the finish line at Cape Sounio.

Leading the pack is Carlo Alessandro and Puri Egri’s Atalanta II from Italy, led by America’s Cup skipper Francesco De Angelis and an all-star team. Once they broke through into the northwesterly Meltemi breeze, the Farr/Felci 70-footer has speeding quickly across the course, and at 21:00 local time have passed Kos and are 174 miles from the finish. With the brisk Meltemi predicted to hold all night and into tomorrow, Atalanta II could be high-speed reaching for most of the rest of the race and finishing by lunchtime or even earlier tomorrow.

The corrected time leaders in IRC and ORC scoring have now made their way past Rhodes and even though they are once again sailing upwind, they will be keen to get as far west as possible to avoid a light air zone predicted to be surrounding Rhodes later tonight and tomorrow. Vitaly Chukanov’s Russian team on his Oyster 46 Essex Girl has a big 7-hour lead in IRC scoring corrected time, while Peter Gustafson’s mostly Swedish team on his J/111 Blur has a narrower 2-hour lead in ORC scoring.

For the remainder of the fleet, tonight’s fight will be to try and get past Kassos and Karpathos and to get around Rhodes before the wind goes light again on that corner of the course early tomorrow.

Veteran race analyst Dobbs Davis from Seahorse Magazine has provided a Day Two race analysis video. Progress of the entries, predicted wind strength and direction, and standings in ORC and IRC scoring can be tracked using the YB tracker website at http://yb.tl/aegean6002021.

For more information about the AEGEAN 600, visit www.aegean600.com.