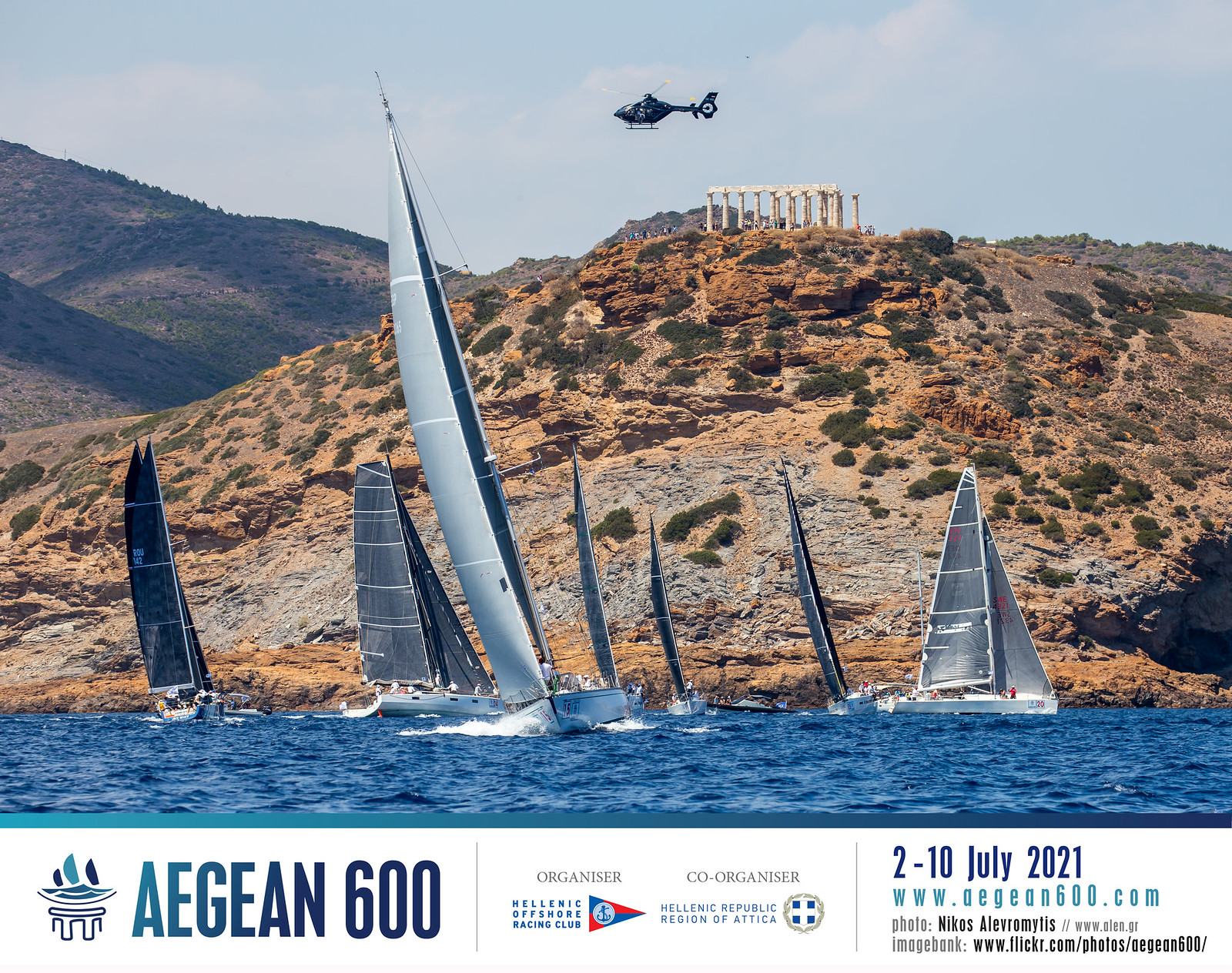 Lavrio, Greece: At Cape Sounion under the gaze of the temple of Poseidon, Greek god of the Sea, the fleet of the first edition of the Aegean 600 set off today for the start of their 605-mile odyssey throughout the Aegean archipelago. Thirty-eight monohull and multihull teams started in a gentle 7-9 knot south easterly breeze with a small upwind lap to round a buoy set just off the spectacular 100-meter sea cliffs at the Cape.

From here the fleet heads south towards their first island rounding mark at the southwest corner of Milos, about 60 miles away. The weather forecast predicts light headwinds throughout the night until resuming about midday tomorrow from the south, but unlikely to exceed 10 knots in strength. By then the faster boats may be starting the next leg on a faster spinnaker reach headed ESE towards a rounding mark placed within the spectacular caldera of Santorini.

Progress of the entries, predicted wind strength and direction, and standing in ORC and IRC scoring can be tracked using the YB tracker website at http://yb.tl/aegean6002021.

Swedish skipper Peter Gustafson and his team are racing on his 36-foot J/111 Blur, one of numerous international teams who have come to compete in this first edition of the AEGEAN 600. They are a proven team, having won their class and a 4th overall result in ORC scoring in the 2019 Rolex Middle Sea Race, a similar 600-mile race that starts and finishes in Malta.

“We were attracted to this race because of its interesting race course around islands and the warm weather,” Gustafson said yesterday.

“We have run numerous optimization models,” said Gustafson, “to help us determine an ideal set up for this race.” Gustafson and his team also decided that a crew of 9 was ideal. Mainly so that they can have a rotation of fresh and rested crew members who can perform at the top of their game throughout what could be a challenging race ahead.

The effort seems to be paying off because in the early hours of the race even with light air upwind conditions, the Blur team is among the leaders in ORC Division 2.