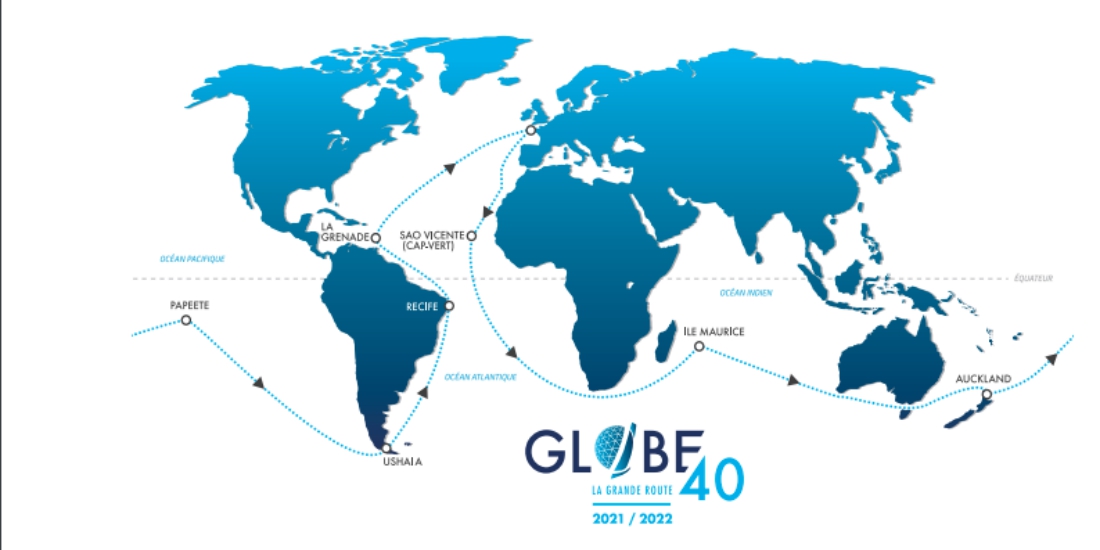 A real buzz about the GLOBE40 concept in the USA: the union of informed
amateurs and professionals

Following on from Joe Harris – GRYPHON SOLO 2 – whose track record includes a first
circumnavigation of the globe in 2016, another top-flight American crew has now joined the
GLOBE40 ranks. Micah Davis will be combining two teams on his Akilaria RC3 No.127 AMHAS,
who will each share the various legs that make up the GLOBE40 course. This union will include
highly informed amateurs and professionals with a wealth of experience and a genuine passion
for competition, adventure and travel.

For more than 10 years, Micah has been racking up experience in races across the US as well
as a string of transatlantic passages. He’ll be teaming up with Brian Harris, manager of a
boatyard in Portland, who boasts a massive amount of experience as a technical manager and
sailor. Meantime, Craig Horsfield, who has 2 Mini Transats to his credit, will be joining forces
with Jesse Naimark–Rowse, who has clocked up no fewer than 50,000 miles in Imoca between
2012 and 2020, the majority of that time spent aboard Hugo Boss.

It is a further illustration of the great buzz for the GLOBE40 concept in the US, with 2 other
American projects also in the pipeline.

As a result, the GLOBE40 is well on its way to satisfying its objective of 15 crews signed up for
the race by 1 July and around twenty by the end of 2021, whilst the work to prepare for the
event with the host venues is in full flow.

The various teams are sparing no effort either, as is reflected by the Franco-Greek project
MASAI with Thémis Matsakis and Nicolas Vagher as skippers, which has just made landfall in
Athens after setting sail from Lorient on France’s Atlantic coast on its new Pogo S2 No.109;
and the Brest-based project DESTINATION GLOBE40 with Kieran and Jean-Jacques Le Borgne,
just back from a week’s training in the Atlantic on EARWEN, which is fresh out of refit.2
The low-down on their GLOBE40 projects

Micah: “For me, the allure of double-handed ocean racing is the mix of adventure, competition
and self-reliance, and that will certainly be the case for the Globe 40. Participating in a round
the world race is the pinnacle of any offshore sailor’s career – it’s an amazing opportunity for
adventure, for competition and for my family to join me in exploring the globe.”

Brian: “I was involved with IMOCA 60 projects as a preparator and shore team crew member
for 6 round the world races working with 4 different skippers. These experiences forged my
desire to sail in a round the world race. Double-handed sailing is what has always interested
me most. The trade wind racecourse is ideally suited to the boats and the stopover ports are
fascinating. I can’t wait to start what will be an amazing adventure and a great competitive
sailing race.”

Craig: “From a young age I have always dreamed of racing around the world. These boats
are the perfect platform on which to take up this challenge and I am excited to be joining the
team and Jesse in a race that combines performance and accessibility. This race offers sailors
the chance to race hard and share their experience with others.”

Jesse: “To compete in a round the world race has always been a great dream of mine. The
Globe40 is the perfect combination of a great race and a much more accessible event than the
Vendee Globe. I hope this is an opportunity to show that an American team can be competitive
in an area of the sport typically dominated by the French.”