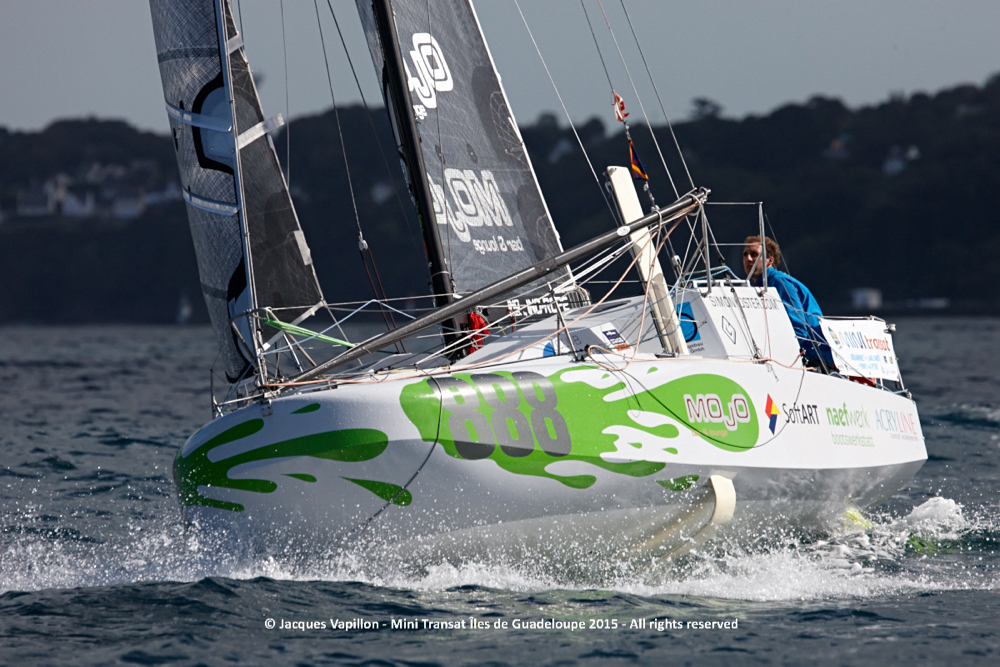 He is back with the same scow bow prototype, SUI 888. A daring and experimental choice in 2015, the 6.50m boat has undergone further developments to increase its versatility. “It was weaker upwind and in light weather”, explains Simon, who has worked with Michel Desjoyeaux's shipyard, Mer Forte. “Changes have been made to increase performance, perfect the design and improve preparation. The foils have been replaced by daggerboards, and the boat has been lightened and simplified.”

He worked alone on his first two mini projects, but chose to work with a team for this edition. “The project has matured; different people are working with me on this solo adventure.”In addition to the Mer Forte team, Simon has worked with renowned coach Tanguy Leglatin when training in Lorient, and with Thomas Theurillat, on the psychological aspects of racing. “I feel less stressed, better organised, it will definitely help me during the race. I have been able to train, and not only race.”

82 solo sailors will be at the start in La Rochelle; approximately one third of the fleet will be prototypes. The first leg will take them to Las Palmas, in the Canary Islands, before crossing the Atlantic beginning of November, to Martinique, with no contact with the land, no assistance and completely alone. “There are so many uncertainties in this race that it is difficult to predict a result”, adds Simon. “The boat is good enough to finish at the top of the rankings. My objective is to get the best performance out of Eightcube, thanks to all the work I have done with my team!”

As the gateway to offshore racing, the Mini Transat will be a springboard for the Swiss sailor, who intends to take part in the Route du Rhum 2018.