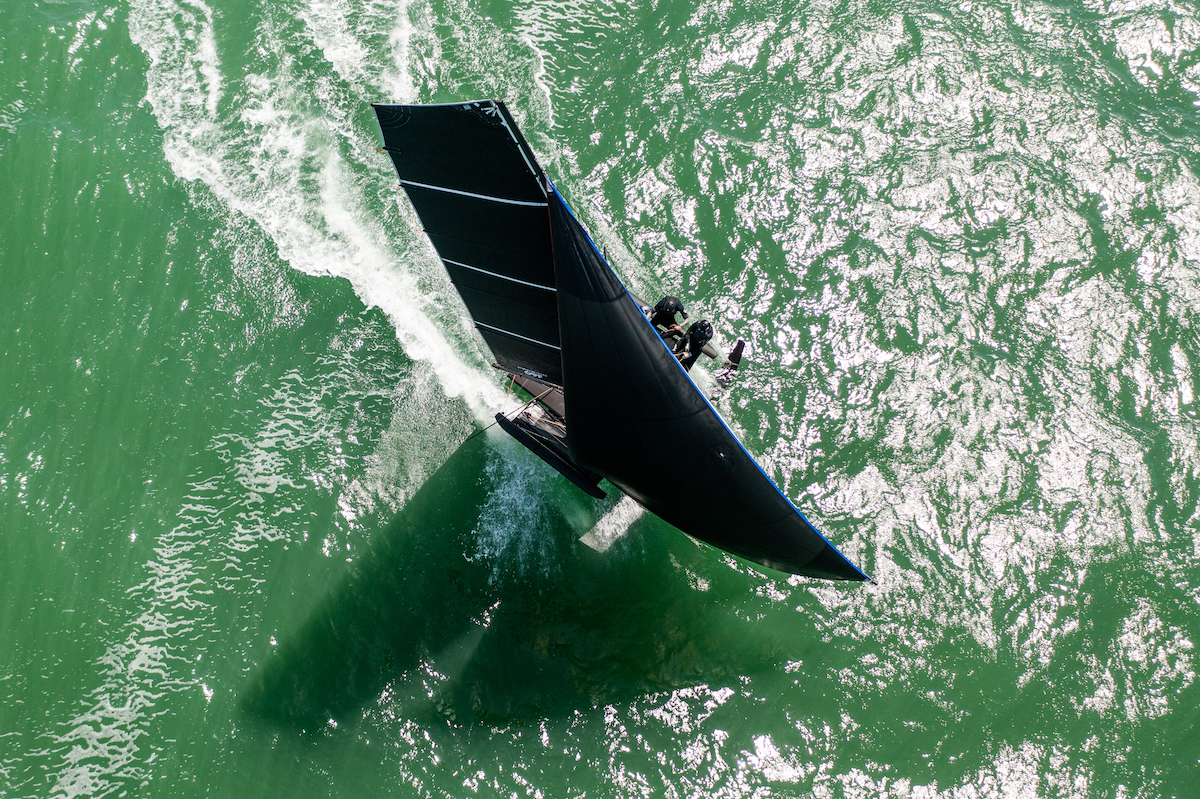 High performance racing of all speeds will be put to the test in Florida, from the majestic Star class to the planing sports boats such as the J/70, Melges 24, Viper 640 and VX One fleets.

Fastest of all will be the newest addition to the Bacardi Cup Invitational Regatta (BCIR), the fully-foiling Persico 69F three-person monohulls.

Having already been a regular competitor in the 69F Youth Foiling Gold Cup, Lukas Hesse is looking forward to competing in the warm waters of Miami with his international team mates that make up the Clean Sailors Youth Racing Team.

“Every time we sail the 69F we are learning by the second,” said Hesse, who loves the fast-paced racing format of the 69F. “Reaching starts, single laps of a square course, and anything up to nine races in a day. It’s full-on, very intense and very good fun.”

Hesse is excited to be getting back together with his team mates from other countries. Also flying in from Europe is 20-year-old Swiss competitor Jan Schüpbach who’ll be running the front of the boat. Jetting in from Hawaii is the talented teenager and helmswoman CJ Perez who has already been making her mark on the foiling scene, winning the 2021 US National Championship in the WASZP class. Perez has also been selected to join the United States SailGP Team – at 18 years old she is the youngest sailor ever to join the professional foiling league. Amazing to think that at 22 years, mainsheet trimmer Hesse will be the oldest on the team.

Also competing is Pearl Lattanzi and her all-Hawaiian team on board Sail America. Lattanzi, 21, is sailing with her younger brother JP Lattanzi, age 17, and Gavin Ball, age 19. “We all race WASZPs against each other at Kaneohe Yacht Club in Hawaii, so we’ve done a lot of racing in each other’s company. My brother and I were a 29er team before getting into the foiling. So I think our communications will be good.

“The challenge for us is I’m the only one with previous 69F experience but I think the guys will be fast learners. We all do a lot of foiling, on the WASZP, wingfoilers, surf foilers. If it foils, we do it, and I think that foiling knowledge will help us get to grips more quickly with the 69F.”

Alessandra Angelini had been due to head up an all-Italian crew, Fly Marga, until an injury to her leg forced the female skipper to skip the regatta. She’s working hard to get fit and race ready for the European season later this spring. However, Italy will still be represented by Pietro de Luca who is racing with Team MYC (Miami Yacht Club) along with Brian Higgins and Nicolas Aragones. Two Russian crews had been intending to compete but World Sailing sanctions due to the conflict in Ukraine have forced their withdrawal from the regatta.

Racing takes place from 9 to 12 March on Biscayne Bay. It’s all races to count, no discard, so there’s a great emphasis on consistent performance, the ability to deliver race after race. Built by the world-renowned Persico Marine factory in Italy, the all-carbon Persico 69F has been designed to achieve speeds in excess of 30 knots, yet be stable and easy to handle even by a rookie crew.