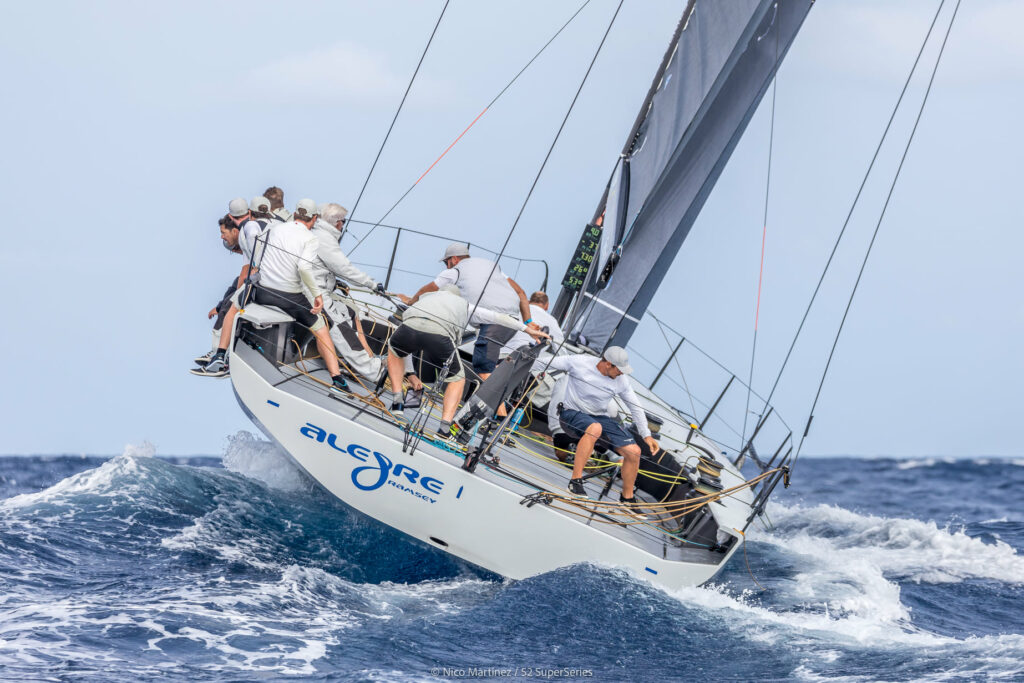 Alegre have won three out of three races at the Menorca 52 Super Series. Pic - Nico Martinez 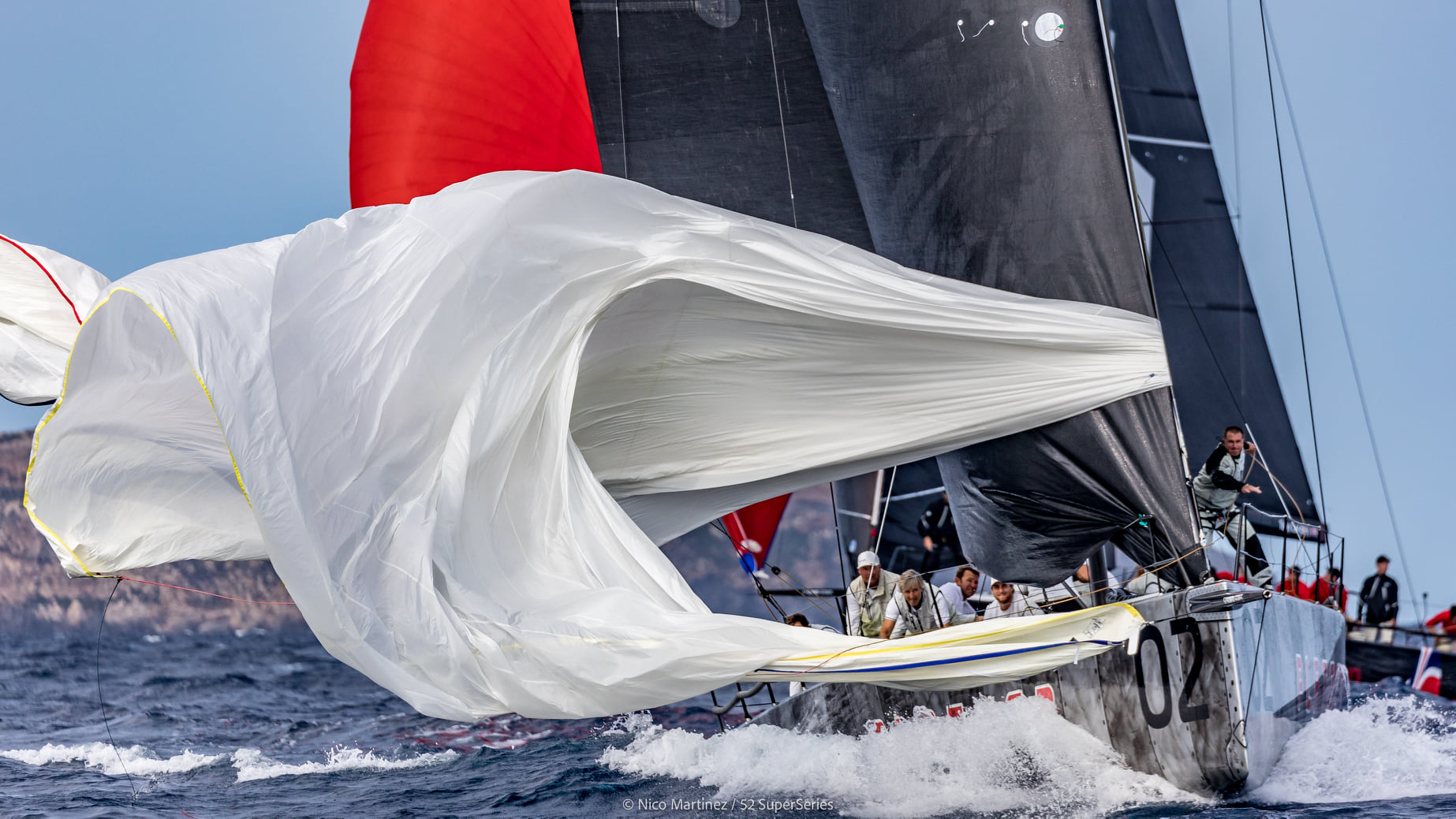 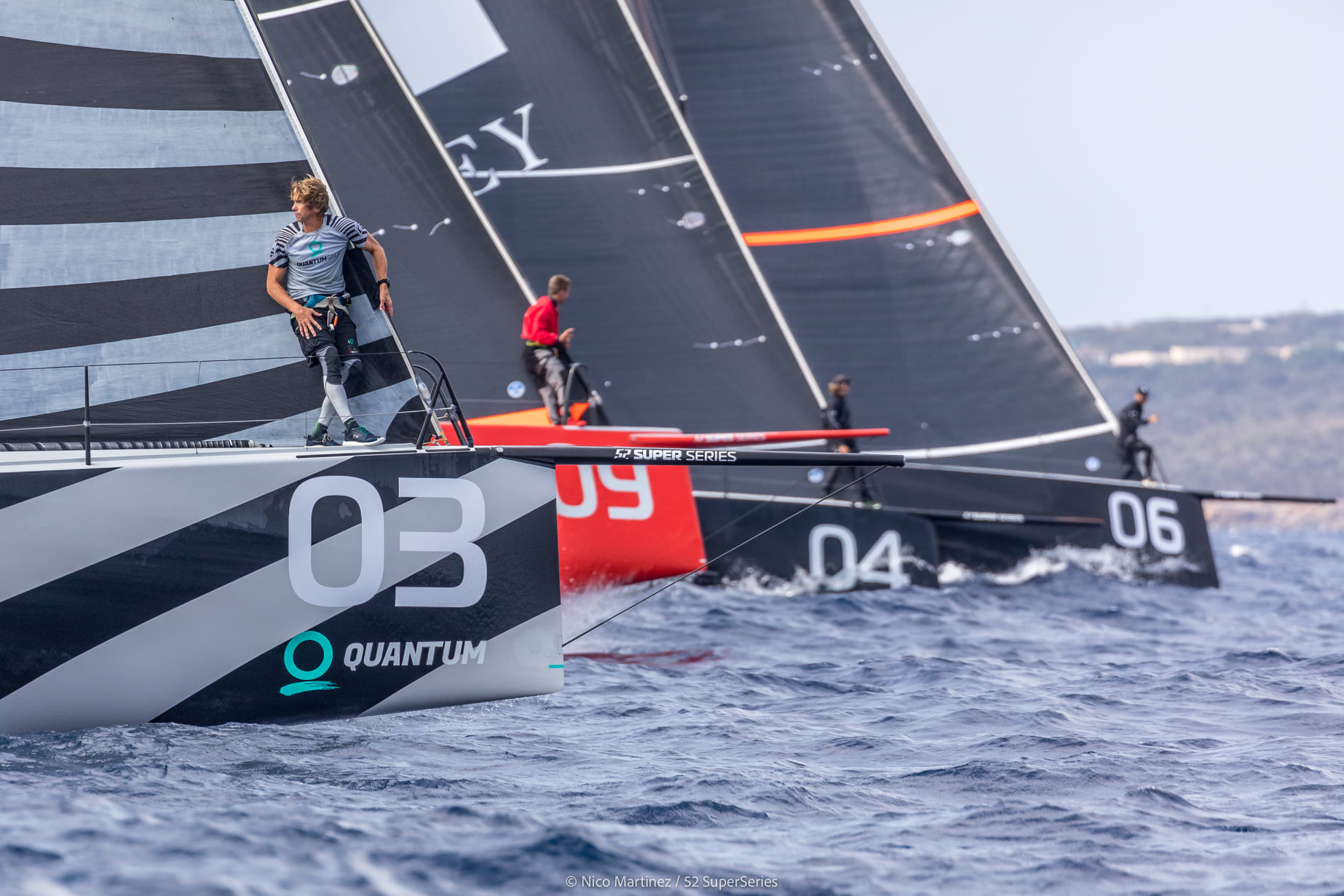 Quantum Racing recovered from average starts in both races on day two, to work its way back to fourth place. Pic - Nico Martinez

Menorca, Spain: Not since Quantum Key West Race Week in 2014 has a 52 Super Series team opened a regatta with three back-to-back race wins, but Andy Soriano’s Alegre team matched the record of Quantum Racing on Wednesday.

Alegre won both races in breezy conditions at the Menorca 52 Super Series Sailing Week to complement their first victory on Tuesday.

With Ado Stead and Nic Asher combining on tactics and strategy and owner Soriano driving Alegre fast in the short and steep swell, they led at every mark today, often 100 metres clear of the second boat. They are sitting in first place overall with a ten-point lead.

After winning in gentle, 5-7 knots of wind on Tuesday, Alegre twice crossed the fleet early on the first windward legs and were never passed thereafter.

Stead who has won TP52 world titles with Rán Racing and Quantum Racing and has been on the circuits since 2006 commented,

“We are sailing with a lot of confidence. We are happy how we are going as a team. We are making sure to control the fleet and we are going well. Yesterday in the light stuff the boat was going well because the comms were good when it was tricky.

“We were changing gears well and Andy was doing a great job steering in the light stuff and then today when the sea was building as the day went on. Downwind was hard because the shifts made getting down the waves right or wrong and so that was tough. We had great team-work.”

He summarised their approach today,

“We went out today knowing there would be plenty of opportunities with 16-17kts of breeze a little very shifty and a bit of a seaway and under the influence of the cape, so we identified we needed good starts and to be able to sail the shifts. At the top of the beats the breeze was shifting around 15-18 degrees and so there were always opportunities to make gains and losses.”

While Alegre have kept an immaculate clean sheet, Doug De Vos’ Quantum Racing deserve credit for a pair of strong recoveries today after two poor starts found them towards the back of the queue at the top mark in both races. But they chipped away on each successive leg and recovered two fourth places.

Bronenosec also had an up and down day. In the first race they were rightly closed out at the committee boat end of the start line by the French crew on Paprec. The Russian team were give two extra penalty points for causing a collision requiring a minor repair to the French boat.

“We went where we shouldn’t have. We thought there was a gap left but they did what they should have and closed the door on us. We are sorry,” said Bruno Zirilli, the Italian navigator on Bronenosec.

After collecting 14 points for their misdemeanour, Bronenosec bounced back with a second in the second race. But it is Hasso Plattner’s more consistent Phoenix that is in second place overall on 13pts tied with Harm Müller-Spreer’s Platoon.

The breeze is forecast to stay in the same range for Thursday around 15kts or perhaps a little more.