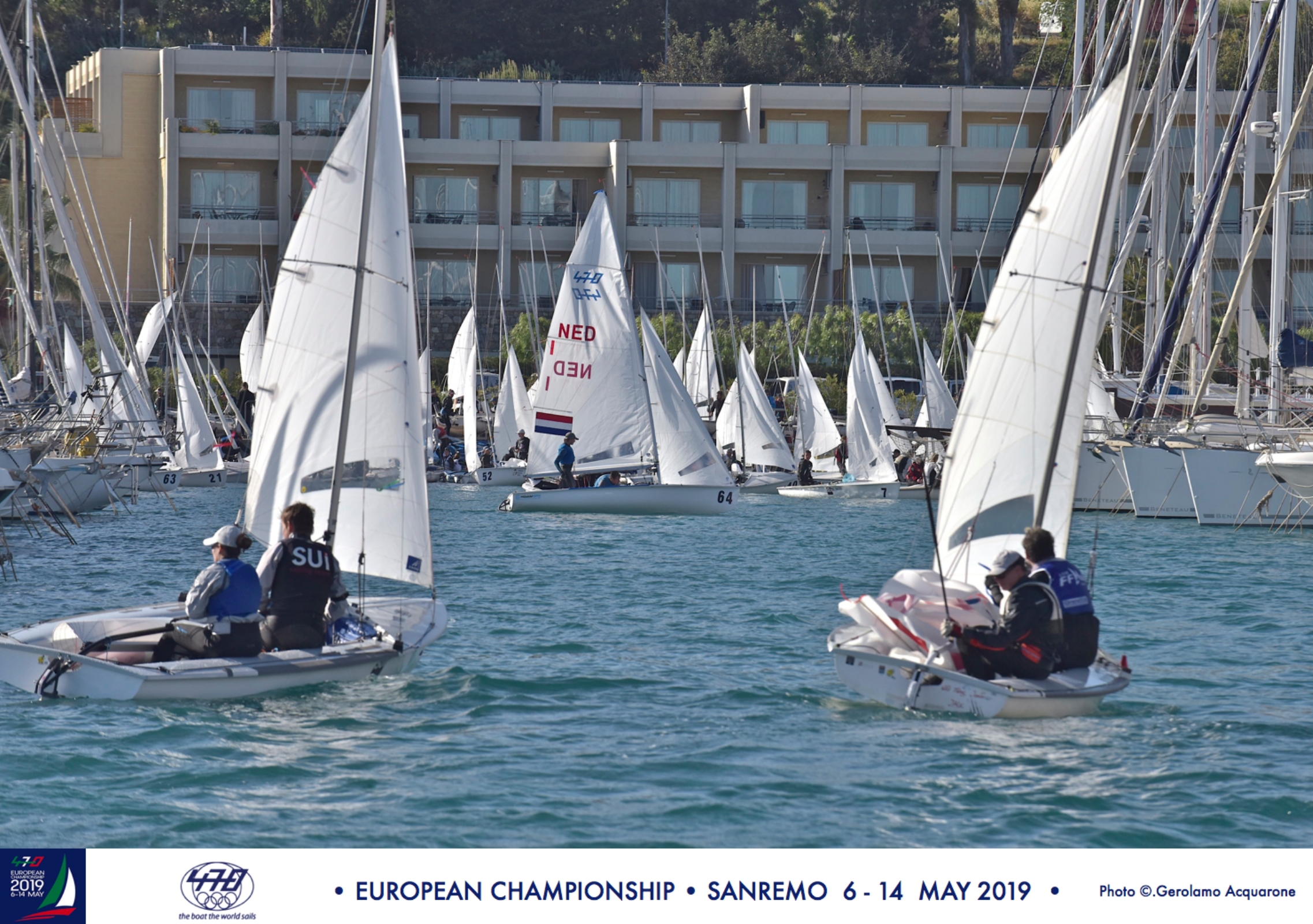 After a remarkable opening day of the 470 European Championship, wind was not on the organiser's and sailors’ side on Day 2 of the event, organised by local Yacht Club Sanremo and Marina degli Aregai in co-operation with the national and international 470 class.

Despite a long wait, onshore and offshore, a decent breeze did not materialise and therefore the Race Committee decided to abandon racing for the day.

The scoreboard remains unchanged: in the Women’s fleet, the top spot is occupied by UK’s Hannah Mills and Eilidh McIntyre, Israel’s Gil Cohen and Non Lasry in second and Camille Lecointre and Aloise Retornaz from France in third.

Australian 470 stars, Mathew Belcher and Will Ryan, lead the Men’s, with Austria’s David Bargher and Lukas Mahr in second, Spaniards Jordi Xammar and Nicolas Rodriguez in third, whilst Panagiotis Mantis teaming with Pavlos Kagialis from Greece and Hyppolyte Machetti and Sidoine Dantes from France are tied at points in fifth.

The Championship will resume tomorrow, with the first starting signal scheduled for 12:00, with up to two races for the men and three for the women.

The 470 Europeans consist of a series of fleet races and a final medal race, if more than five qualifying races have been completed, for the top 10 teams in each fleet. The championship has an open format, which means that non-Europeans crews can compete but cannot run for the title.