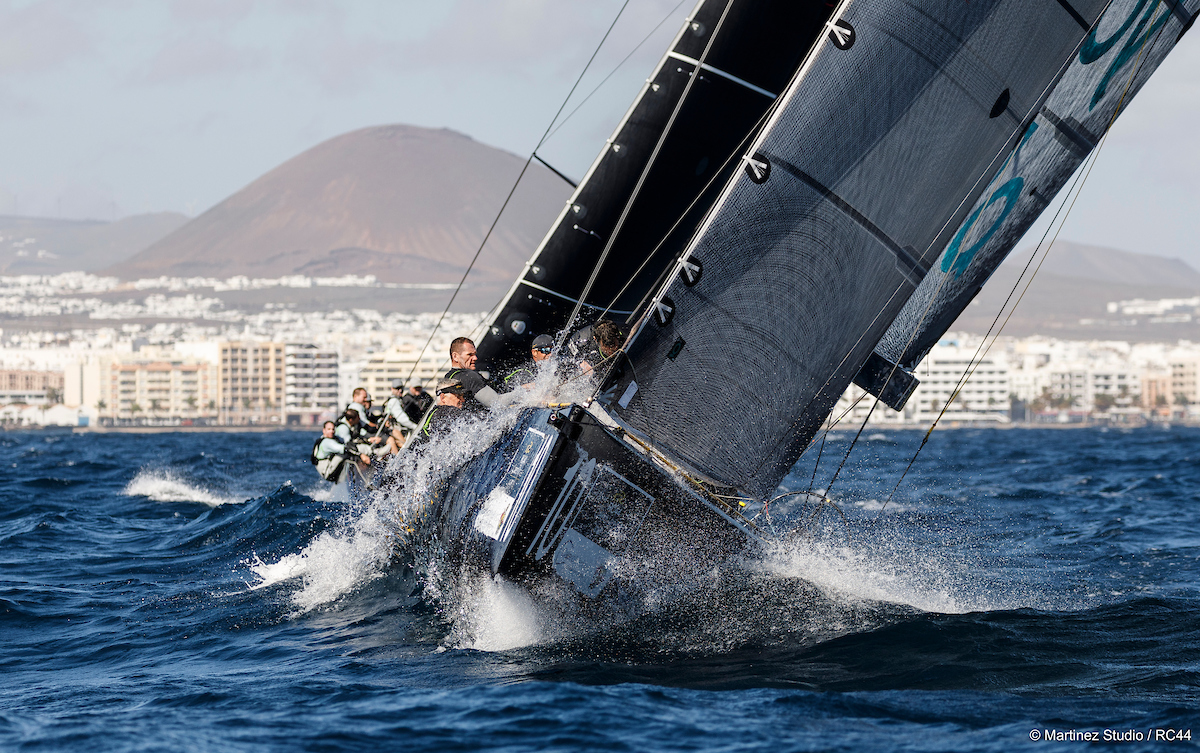 A battle royale will take place next week - 44Cup pic

The fifth and final event of the 2021 44Cup Championship Tour is to conclude next week in Puerto Calero, Lanzarote and the nine boats entered are lining up for an ultra-competitive conclusion.

In true 44Cup style, the scoreboard remains impressively close going into the final regatta of the season. At present, Chris Bake’s Team Aqua is ahead on five points. Bake holds a slim lead over the chasing pack but has the psychological advantage on the water.

Team Acqua comes to Lanzarote fresh from victory in the World Championship event in Scarlino, Italy last month with the 44Cup series leader’s ‘golden wheels’ proudly fitted on board.

Two points behind in second place is 2019 defending tour champion Igor Lah’s team CEEREF powered by Hrastnik 1860. In third is 2018 tour champion, Nico Poons’ Charisma. Both teams won their titles in the previous years with impressive come-from-behind victories in the closing moments and will be looking to do the same next week.

Hosted from 17 – 21 November, in Puerto Calero, Lanzarote’s most established yacht harbour has been a favoured winter destination for the RC44 fleet over the years thanks to its winter sun and strong north-easterly trade winds.

“Two values embodied by the 44Cup we have sorely missed during the pandemic. The deep-rooted sailing camaraderie and a pure passion for insanely close, one-design racing,” explains Jose Juan Calero, Managing Director of Calero Marinas.

“We’ve been fortunate to have hosted nine regattas in Lanzarote and have made some life-long friends over the years. This November the event returns to its origins, for us, in Puerto Calero. We can’t wait.”

Aleph’s best result this season has been a win at the Cowes event in the UK, whereas Artemis’ has hit the podium in third twice this year, first at their home event in Marstrand, Sweden and then again at the World Championship in Italy.

Behind them is a tie between Vladimir Prosikhin’s Team Nika and Pavel Kuznetsov’s Atom Tavatuy; if either team is on form next week while the main contenders are not, then the Russian-based crews could reach the overall season’s podium.

New to the fleet in Lanzarote will be British Olympian Giles Scott, replacing America’s Cup legend Ed Baird as tactician on Peninsula Racing, and Valeriya Kovalenko with her team ARTTube who will return with a new boat.

Kovalenko formally joins the fleet after a successful debut in Scarlino last month as part of the 44Cup’s black boat project, which allows a guest team to trial race an RC44 at a regatta to get a feel for how good the competitive one-design fleet is.

To find out more about the 44Cup Calero Marinas, visit: http://www.44cup.org