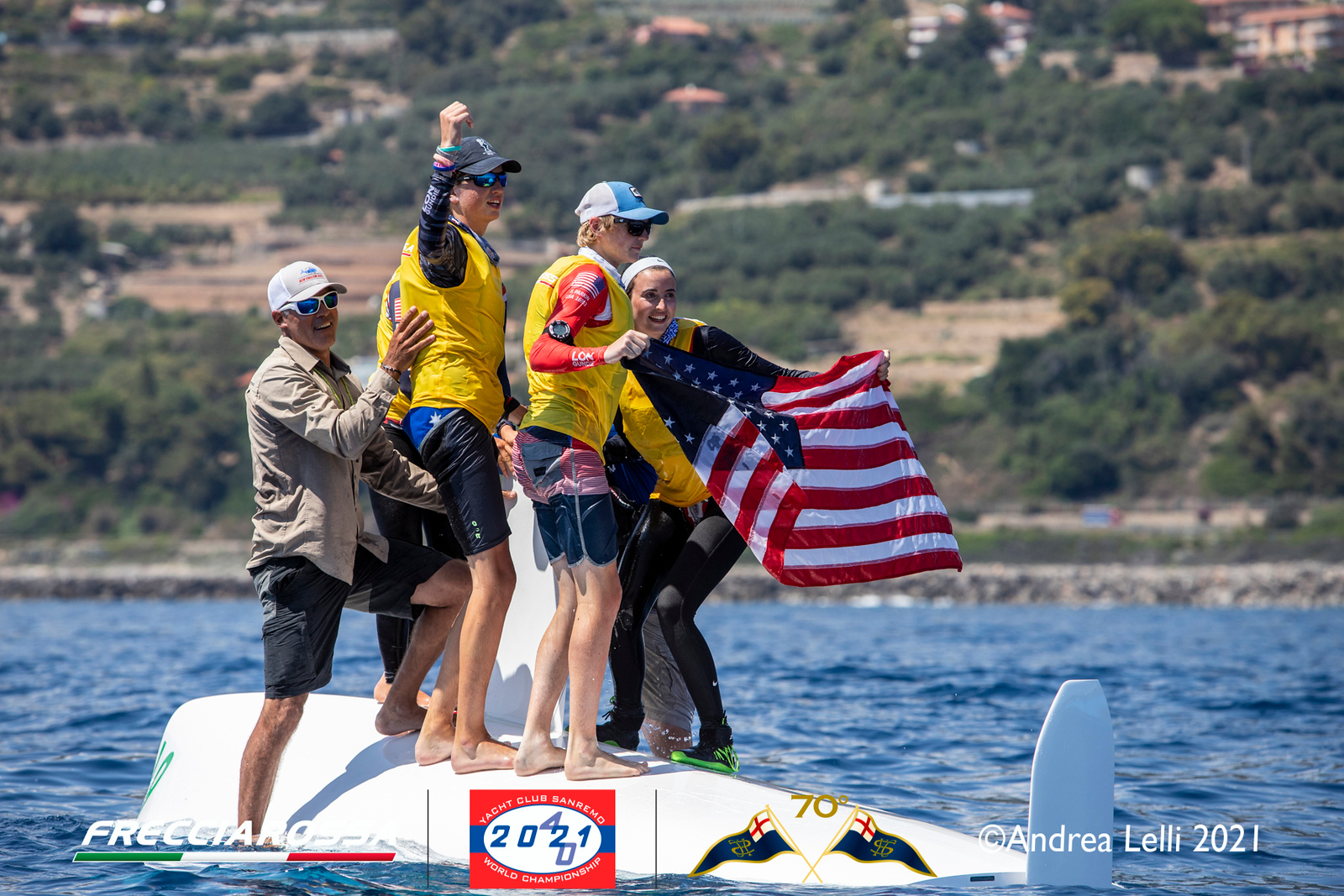 San Remo, Italy: Unfortunately there was no wind on the 10th of July to complete the full 12 races schedule, so the Championship was awarded in accordance to the results from the previous day, seeing American’s Tommy Sitzmann and Luke Woodworth taking home the Gold.

The sailors were crowned new 2021 420 Men/Mixed World champions, wrapping the event with 20 points after 9 races. Sitzmann and Woodworth said, “It’s Amazing! Super rewarding as it’s a really competitive championship to come away with the win. We were working really hard and just tried to get better. I don’t know who expect to this but it’s very nice” – said the winners when returning to shore.

Based on a great consistent performance, the French team, Ange Delerce and Timothee Rossi, got the Silver medal with 33 points. The Bronze medal went to Spain’s Alberto Morales / Miguel Bethencourt with 37 points.

American’s Vanessa Lahrkamp and Katherine McNamara were crowned new 2021 420 Women World Champions in San Remo, finishing the event with 27 points. They said, “It’s just so exciting. We were not expecting this Gold medal at all. We were going into this like oh, we don’t know how are we goona do. Good day yesterday. Great regatta. It’s crazy!”

The Women’s Silver medal went to Neus Ballester and Andrea Perello from Spain with 37 points. Bronze went to France’s Apolline Benoit and Ambre Monnier with 56 points.

211 boats participated in the 2021 420 World Championships at Marina Degli Aregai in Italy, organised by Yacht Club Sanremo. The next major International 420 Class event will be in only two weeks; the 2021 420 Junior European Championships in Formia, Italy, from July 24-31 2021.