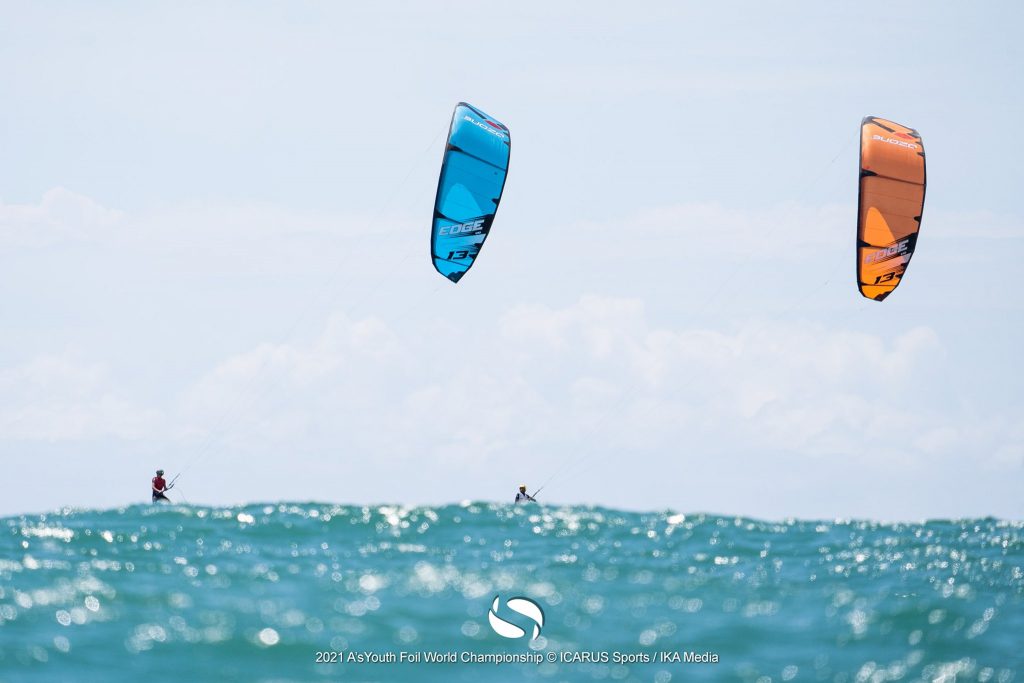 The sun came through for the final day of racing for the Formula Kite U19 AND A's Youth Foil World Championships. 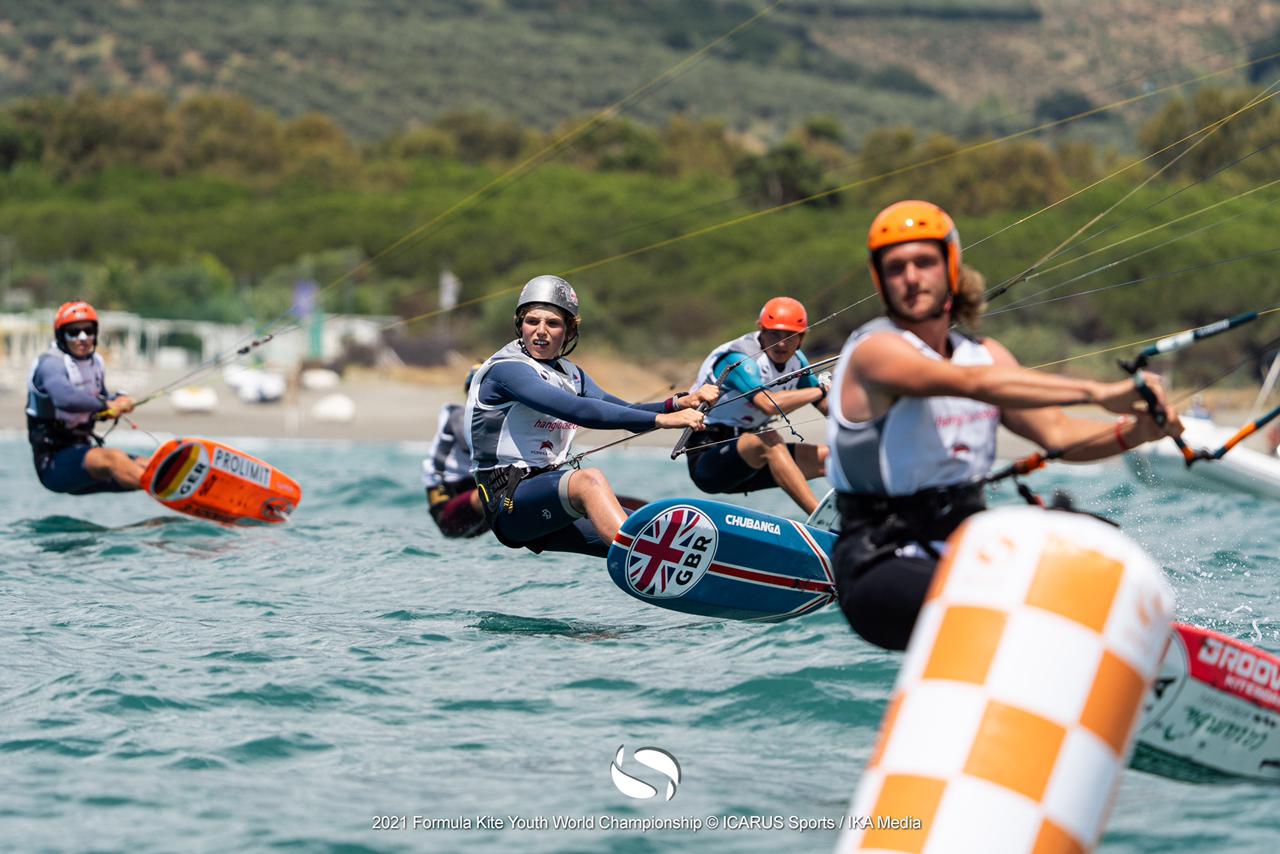 The next KiteFoiling event will take competitors to Montpellier, France for the Formula Kite and A’s Youth Foil European Championships, from September the 6th to the 12th.

A long waiting game and some suspense ashore among the 65 athletes and the organizers at the Hang Loose Beach in Gizzeria, Italy, for an interminable morning characterized by storms passing in the area and light and super shifty wind. At around 1pm a steady breeze started blowing from north-west and the clouds opened to blue sky in that direction. Less than an hour later the first races of the day were underway. It was Medal Series time for the Formula Kite Men and the A’s Youth Foil top 14 riders.

Quick races kept everyone on their toes. In the Formula Kite Jis Van Hees (NED) and Jakub Jurkowski (POL) passed through the semi-final to race with Riccardo Pianosi (ITA) and Maximilian Maeder (SGP). The first to win three match points would be the World Champion, with last night’s leader starting with two points and second place with one point. Maximilian cut it short and won the race and the World Title, Riccardo Pianosi winning silver and Jis Van Hees taking bronze.

“It feels amazing, I am so thankful to the organizers, to the competitors and my supporters, it would have never happened without them,” commented a beaming Maximilian Maeder. “I feel tired but happy, a lot of mixed emotions but mostly just happy. It was quite a fight with Riccardo, he is a great competitor, but I think I’ve just had one of the best races I’ve ever had today, I took a good lead and won”.

In the A’s Youth Foil class, Angelo Soli (ITA) and Daan Baute (BEL) made it to the finals joining Mikhail Novikov (RYF) and Jan Kosowski (POL) in what would have been the only one race of the final series. Kosowski was fast to seal the day, ultimately winning the race and the World Championship. Novikov finished last in the only race he attended today, but still managed to keep his second position overall, with Angelo Soli stepping in in third.

“It is such a great feeling, it is my first time winning a World Championship, so I am super happy,” Koszowski told us. “I am so tired after this one, it’s been a fight, I can’t find the words I am just over the moon. I can only say it hasn’t been easy, it was a very balanced fleet and I didn’t win all the races effortlessly, I am so happy I made it today!”

After the conclusion of the two Medal Series’ the Race Committee rolled straight into the remaining last races for the rest of the fleets. The first Formula Kite Women’s race had just concluded when the thunderstorms around the area started to close in, bringing the competition to an end. Magdalena Woyciechowska (POL) took the bullet, but there was very little she could have done today to grab the title from Julia Damasiewicz – second in today’s race – who claimed 13 wins in a series of 17 races to become the 2021 Formula Kite U19 World Champion. The whole Polish female podium is complete with Nina Arcis in third.

“I am super happy, I mean, winning the World Championship is really something” said Damasiewicz. “Kitesurf is a big part of my life and I am truly excited about this win. I was leading since day one, but it hasn’t been easy, Magdalena (Woyciechowska) is very fast, so I am happy I could actually finish in the first position. I want to thank everyone who believed in me, my family at home in Poland who was super excited for me, and I am glad I could make it happen for them!”

The 65 young athletes will hopefully meet again soon at the next big event of the season, the Formula Kite and A’s Youth Foil European Championships in Montpellier, France, from September the 6th to the 12th .