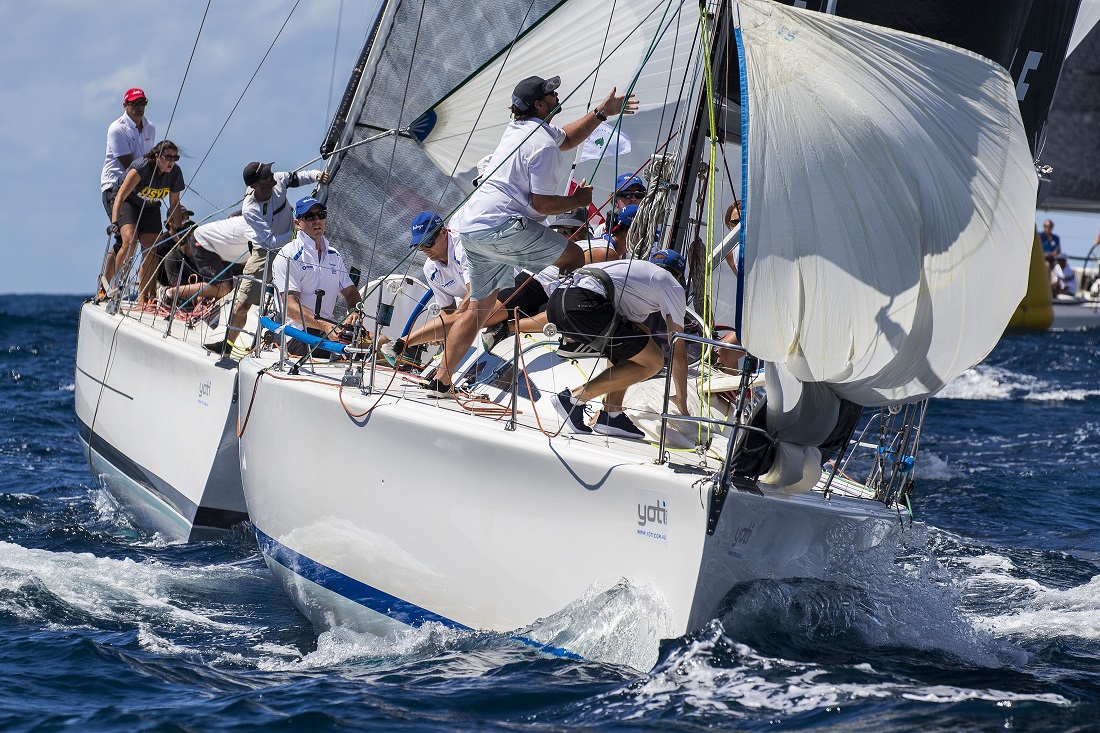 The Sydney 38 One-Design Australian Championship will be hosted by Royal Prince Alfred Yacht Club (RPAYC) over three days, from 14 to 16 February, and an exceptional field means the competition will be wide open with a number of Australia’s most talented one design sailors taking part.

At this early stage, entries represent Pittwater, Lake Macquarie and clubs on Sydney Harbour. Tony Levett (TSA Management) fresh from fourth place in the Sydney 38 Division of the 2019 Rolex Sydney Hobart Levett’s 15th with the boat), is expected to provide hot competition for the rest.

Levett, from Middle Harbour Yacht Club, is a long-standing class member but will have his hands full with fellow MHYC member, Peter Sorensen. Despite only a second year in the class with Advanced Philosophy, ‘Sorro’ is one of Sydney’s most decorated sailors across skiffs, small keelboats and yachts. The veteran moved up from the Sydney 36 and still has a sharp eye and the skills to match anyone.

However, the two owners will first have to overcome last year’s second and third placegetters respectively, Peter Byford and David Hudson’s Conspiracy and Richard Williams’ Calibre.

Class president Byford, and his co-owner Hudson, finished third in 2018 and came out firing in 2019. Leading after the first day, they ultimately finished second to Alan and Tom Quick’s Outlaw, which has not entered at this stage. In fine form, the ‘Outlaws’ crew work was flawless as they kept firing off bullets and could not be stopped at the MHYC hosted Championship.

Richard Williams, a regular on the podium, pushed Conspiracy hard, but settled for third overall, unable to put a dent in the top two’s scores. This despite the close finishes, amounting to seconds between the top boats, not reflecting how close the competition really was.

Every mistake and lack of consistency in the Sydney 38 class is costly. Some of those newer to the class have learnt that lesson and are back for more of this addictive one-design racing.

Greg and Wade Croak return with the late Lou Abraham's famous Challenge.  The pair finished third in the 2018 NSW Championship and sixth in the 2019 Australians. Chris Heraghty and Greg Moore (Risk) are always great competitors, and like the Croaks, represent Royal Motor Yacht Club Toronto, but also represent the host, RPAYC.

Well known Sydney sailor, Mike Logan (Thirlmere), is spending his second year in the class and by all accounts is a tough competitor. Lisa Callaghan and Stephen Teudt are also into their second season (Mondo), while John Amos (Utopia) is one of the newly initiated. This will be his first time competing in a Sydney 38 Australian Championship. But a warning: Amos has scored podium places in Harbour racing, so should be amongst the action.

Wearing his class president’s hat, Peter Byford comments: “It’s great to see the Sydney 38 Association alive and well 20 years on from when the Sydney 38’s were first launched. The great thing about the class is that racing is always tight and it attracts some really good sailors.

“I’m hoping for another competitive regatta on the beautiful waters of Pittwater and Broken Bay,” he ended.

Competitors will contest windward/leeward races – two days on offshore courses off Broken Bay (weather permitting) and one day inshore on Pittwater. The Sydney 36 Trophy Regatta will join the event for two days on the weekend of 15-16 February. Both will be incorporated into the annual Pittwater Regatta. Open to yachts and dinghies, it dates back as far as 1888 – one of Australia’s oldest continuous sailing regattas.

A fun social program has been organised around the Championship, including food, drinks and entertainment over the three days.

Entries close strictly at 1800 hours on 13 February. Entry form and all documentation can be downloaded at: www.dropbox.com/sh/sxq53n0v6ws2i49/AABNNXuJMCgYp9fn1RY47-C7a?dl=0