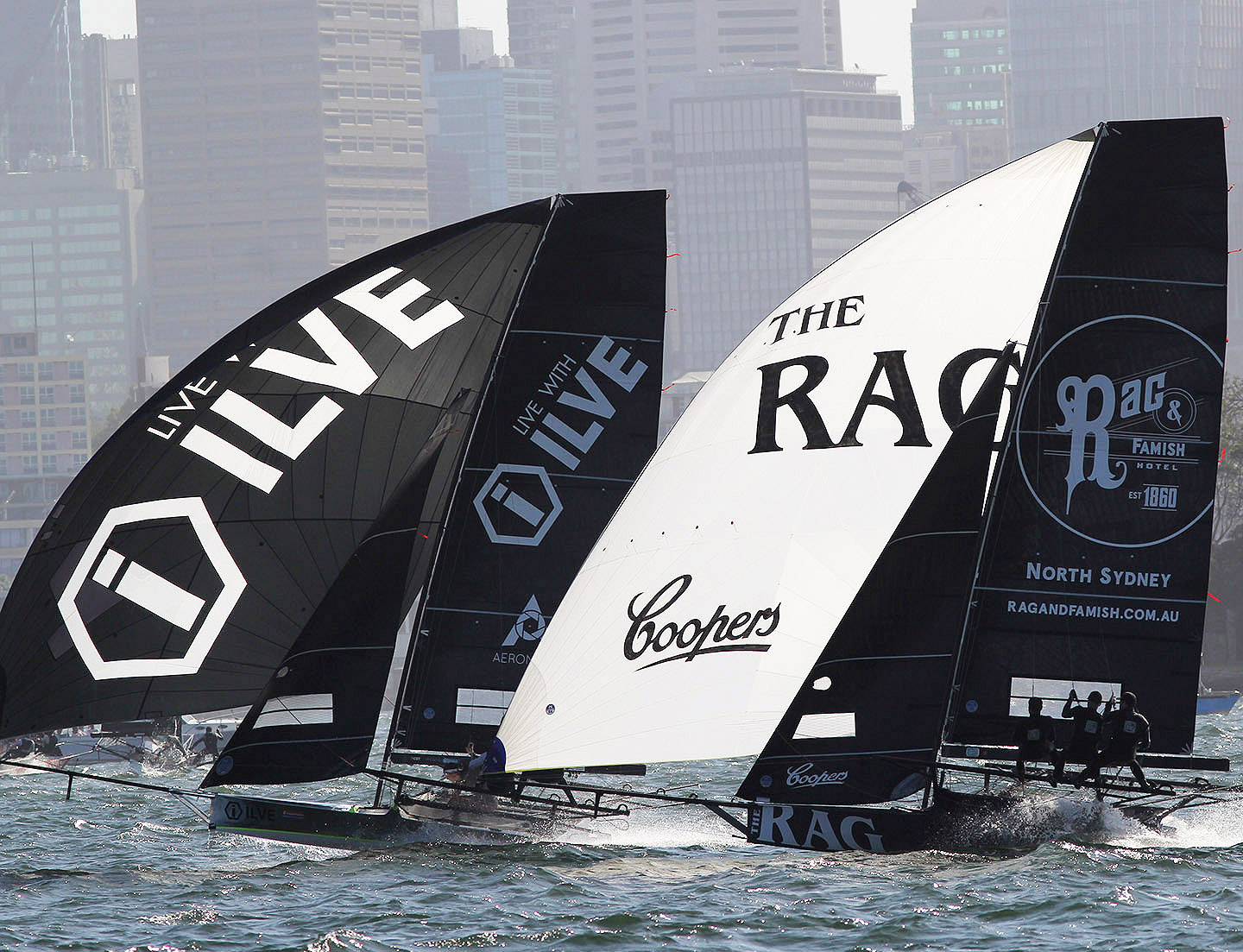 Since the first recorded 18 Footer races on Sydney Harbour in 1892, the boats were individually owned by wealthy or even struggling owner/skippers and were emotionally named.

Naming Rights sponsorship in 18 Footers began during the 1960s when companies realised the benefits of being associated with a clean, healthy, outdoor, iconic Australian sport, which was not only responsible for being able to produce local media coverage, but was also a high-profile vehicle which also produced some of the world’s greatest sailing talent.

World, Olympic, international and The America’s Cup champions who have been involved in the 18s include individuals such as Ben Lexcen, Iain Murray, Hugh Treharne, Adrienne Cahalan, Malcolm Page and Sam Newton, who are a few amongst a galaxy of stars that have enjoyed the challenges and thrills of sailing 18 footers

In 1964, Travelodge was the first company to take advantage of sponsoring in the 18s when Chairman and Managing Director Alan Greenway, who was building an international motel chain, saw the 18ft Skiffs as an excellent vehicle to promote his business.

The first Travelodge sponsorship was for the legendary Bob Holmes, who became a five times winner of the JJ Giltinan world Championship for Travelodge, between 1965 and 1973.

Since those early days in the 1960s, some of Australia’s largest corporations, and numerous smaller, local businesses, have realised the potential of the 18s and the diverse opportunities they gave to sponsors.

The high-performance, high tech, flying 18ft Skiffs have long been referred to as ‘Formula One on Water’ so the boat creates a wonderful platform for a Naming Rights sponsor.

Originally, it was the visual impact of being a ‘floating billboard’ on Sydney Harbour, along with the media coverage from local Sydney newspapers.

Sponsors became more aware of their ‘product’, and realised the crew was also marketable to a vastly wider audience than just harbour spectators and readers of a local newspaper.  They could see that the sailing demographic was excellent for their corporate strategies.

Hospitality offered another opportunity for sponsors to promote their ‘Formula One’ racing boat.  A corporate day out on Sydney Harbour to watch ‘their boat’ racing in the world’s greatest fleet, then dine at a harbour-side club on the shores of Double Bay.  What better way to promote their business to their local and international associates.

Some decided they could also use their boat and crew to boost staff morale.  As long-term sponsor of boats, spanning more than 30 years, Patrick Corrigan said, “It was a good way to give the company’s staff an interest outside the day-to-day workplace.”

Over the past twelve months, five new sponsors, Birkenhead Point Marina, Shaw and Partners, URM, tech2 and Bird & Bear, are the latest to see the potential of being associated with the Flying 18s.

Earl Evans, Co-CEO at Shaw and Partners says “18ft skiff sailing is iconic to Sydney Harbour and Sydney as a whole. It’s a dynamic sport and our association with the club is something that brings us great pride.”

“We believe that corporate organisations have a social responsibility to give back to the communities they work in and, at Shaw and Partners, we have chosen to heavily align with the water based sports community, which is such a vital part of the coastal Australian lifestyle. Shaw and Partners is pleased to be associated with such a prestigious club and we hope to be for many years to come.”

“2019 was our first full season partnering with the Australian 18 Footers League.  The relationship between adrenalin packed 18ft skiff racing and the athleticism and skill required by the skilful young team is perfectly aligned to our unique and unrivalled facilities at Birkenhead Point Marina.”

The 18s also have sponsors like Rag & Famish Hotel and Smeg, which have been continuous sponsors in the 18s for the past 24 years.

The incredible speed of the world’s fastest single-hulled sailing boat, along with the spectacular (sometimes out of control) action-packed racing, has always captivated the general sporting public as well as sailing enthusiasts throughout the world.

Regular world-wide coverage became a reality when major international and local websites began regular coverage of the club’s racing, now the Australian 18 Footers League has taken the publicity to another level by pioneering a livestreaming video coverage of every race to a world-wide audience.

Sponsors from the past could not have imagined how far their brand name and logo would have been projected by the latest technology and a red-hot competitive racing fleet.  Long gone are the days when sponsors’ names were seen in a local Sydney newspaper.  In 2020, their names and logos are visible to the world.