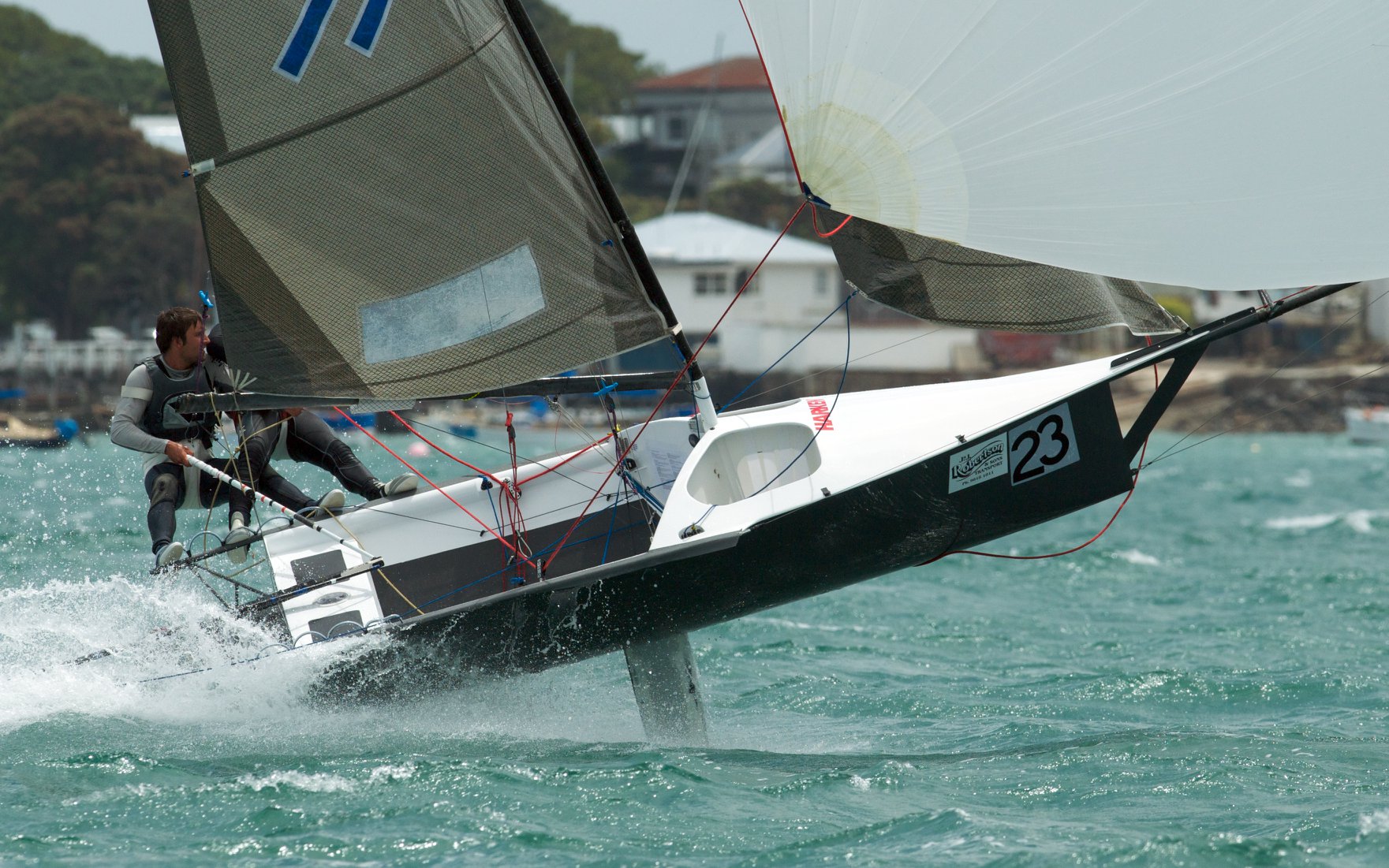 Abbotsford 12ft Sailing club will host the 85th addition of the Australian 12ft skiff championship. The series, held over the Easter weekend from 2 to 5 April, will feature no less than seven previous National champions, battling it out on the tight Parramatta River Course.

The regatta will feature the best hope for an Abbotsford skiff for some years, with local favourites Arrogant Frog (Peter and Steven Hill) coming off their most consistent season. The skiff won the NSW State Handicap title and sporting a new No 1 rig for the regatta will be hard to beat. Cameron McDonald and Brendan Jenkins aboard their new Skiff Stiff will be pushing hard for the title after putting in a lot of work on and off the water to get the new skiff on the pace. The duo knows what it takes to win championships, with Brendan the current Cherub National champion and Cameron winning the 2006 12ft Skiff Interdominion.

Other contenders include defending champions Sail Inc (Nick Press and Andrew Hay), Geotherm (Brett Hobson and Geoff Little) and LCC Asia Pacific (Jono Temple and Richard Jones), who were the winners of the last Australian titles to be held at Abbotsford. Red Energy (Murray Press and Mark Muirhead) have been seen training at the venue over the last month, so will be in tune with the challenging conditions, and the river cat schedule.

The form Queensland Skiff Giddy Up (Paul O’Malley-Jones and Steve Tapsall) will have to make some adjustments from the wide expanses of Morton bay to the confines of the Parramatta river but there is no doubting the speed and boat handling of this skiff will trouble to NSW fleet.

The regatta will also be a chance to admire and celebrate the achievements of one of the class greats, Glenn Farquhar, affectionately known as ‘Grandad’. Glenn is celebrating his 50th consecutive season in the bow of a 12ft skiff. This amazing achievement has included winning an Australian Championship, and multiple NSW State Championships, as well as representing Australia at the 12ft Skiff Interdominions. Glenn’s skills will be on show in his current skiff The Bird during this upcoming regatta.