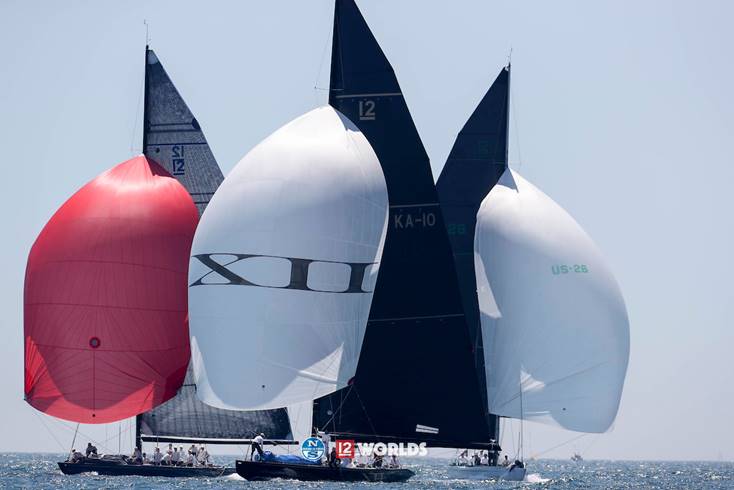 “We expect an enthusiastic response and a strong turnout by our dedicated 12mR fleet members who always relish sailing out of Newport,” said ITMA President Paul Buttrose.

Scheduled for September 19-24, 2022, the regatta will be held during the traditional 12 Metre sailing season established during 25 years (1958-1983) of America’s Cup competition in the waters off Newport, R.I.

After several changes of ownership throughout the 12mR fleet, a new guard of Modern Division teams will meet on the Worlds racecourse. They include Enterprise (US-27), raced by Peter Askew’s renowned “Wizard” team and Freedom (US-30), now owned by the accomplished “Sled” team’s Takashi Okura. In the Grand Prix Division, 2019 Worlds second- and third-place winners – Patricio Bertelli’s Kookaburra II (KA-12) and Gunther Buerman’s New Zealand (KZ-3) – will again face off for the top podium position.

Recent 12mR World Champions expected to defend their titles include 2019 Modern Division winner Challenge XII (KA-10), owned by Jack LeFort, who also serves as Commodore of the 12 Metre Yacht Club Newport Station. “There is new energy and great momentum building in the 12mR Class,” said LeFort. “In Newport, we are excited to return to the race course to compete with old rivals and new challengers next season and through the 2022 Worlds.”

In the interim, all eyes are on Helsinki where the 2021 12mR World Championship will be hosted by Finland’s premier yacht club, the Nyländska Jaktklubben (NJK) from August 12-24, 2021.