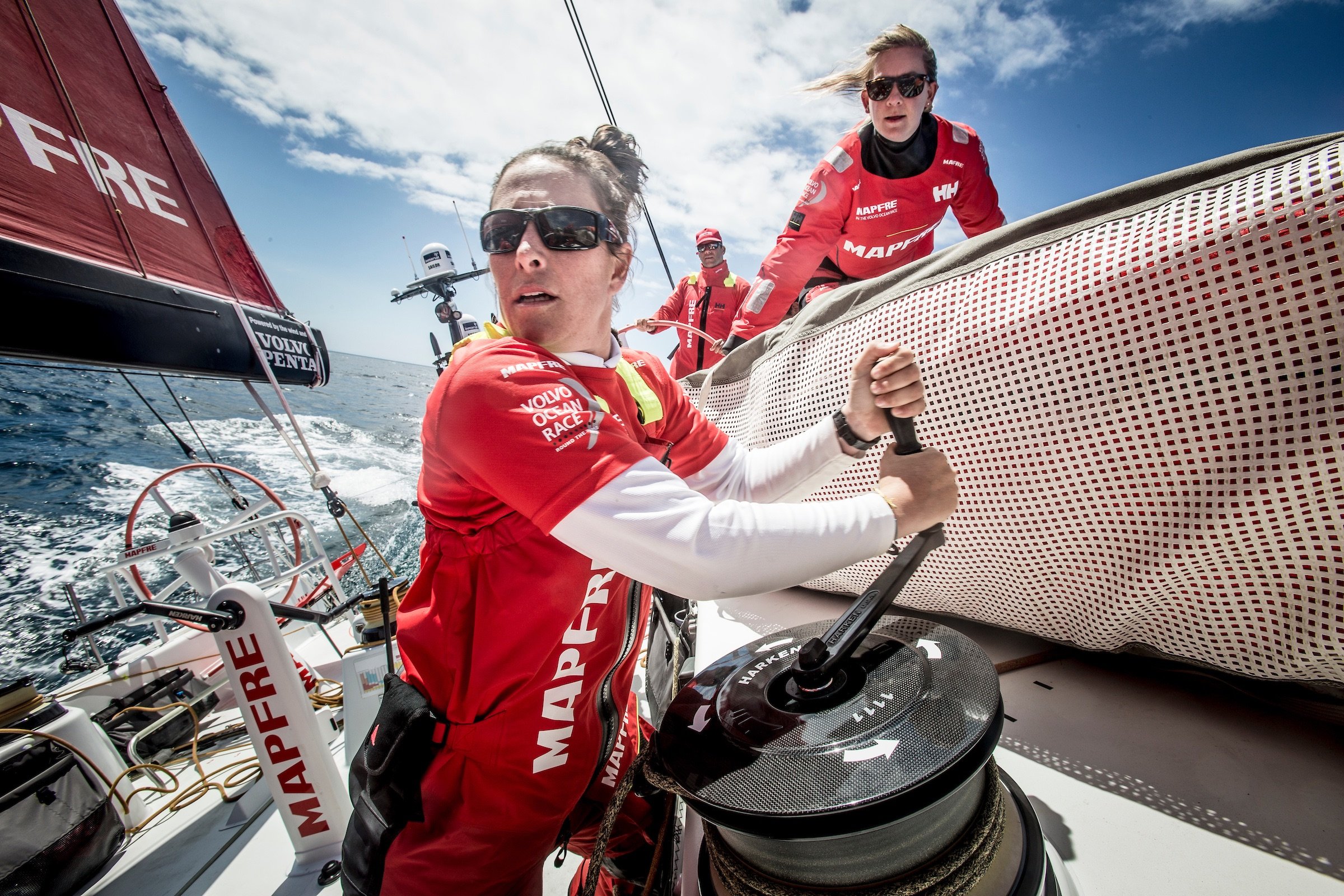 Sanxenxo (Spain), 27th July 2017: Yesterday MAPFRE set sail from their base in Sanxenxo, Galicia en route to England, where they are set to take part in the legendary Rolex Fastnet Race, to sail a distance of 605 nm(1120.46 km), which starts in Cowes (Isle of Wight) at 12h30 local time on Sunday, 6th August. On board, we will see Támara Echegoyen from Spain and the American/Australian Sophie Ciszek. Both have joined the Spanish team, led by Basque skipper Xabi Fernández.

Támara Echegoyen: “The Rolex Fastnet Race is a good test to know just how far I can go,”

Spanish sailor Támara Echegoyen is one of the most well-known figures especially in Spain. With an Olympic gold medal, and five World Championship titles in different classes under her belt, she is now adding hours and hours of offshore sailing experience to an already important curriculum.

“The last few months have been tough, but I am really happy with the result; everyone has been so helpful, and with the many hours spent in the boat, I have been able to improve in a world that is completely new to me. I am particularly grateful to everyone for their time and effort to help me do it all at a faster pace,” she explained just before leaving for England.

The Rolex Fastnet Race will be a key part of this process, as she was quick to add, “This is a really good test to know just how far I can go, and what skills I need to improve to be a strong part of the team. It is a real turning point on the road to the start of the “Volvo”, and I have to keep learning.”

“Tamara has been working really hard since March, when the whole team began sailing. Everyone I have spoken to, including both Pablo (Arrarte) and Neal (McDonald), the team’s trainer and Sporting Director, agree that as they expected, Tamara has shown an important learning curve, and is gradually gaining confidence to offer more to the team. We are now going to take part in a major race – the Fastnet, which is an important test to see how she gets on in offshore sailing.”

Aged 32, Sophie Ciszek describes herself as, “really competitive; I love the ocean, I love adventure, and the Volvo Ocean Race is the absolute peak, so it is amazing to be a part of it.”

The double-nationality American/Australian sailor is already familiar with the demanding nature of the Volvo Ocean Race, since she competed with the all-female Team SCA in the last edition. Being her second experience of the round-the-world race she comes to the team with a different approach,

“I know what to expect and what is necessary to do the race, to be on board, and to be competitive. It is not new for me now, so it makes things a little easier. I’m really looking forward to starting the race,” she stated.

Xabi recognized that for Sophie, “Having already sailed on this kind of boat, her adaptation is possibly a little easier, but it is also a very different atmosphere from the last time round. In the last race they had more people on board, and more helpers for each position, so now she is trying to adapt to sailing with us, which will be a little different.”

Volvo Ocean Race 2014-15. Team SCA.
Crew member of the Open 60 Hugo Boss until 2012.
4 Rolex Sydney-Hobart.
Sophie has worked on several of the most well known boats in the world, including the Maxis Wildthing, Brindabella and Shockwave.