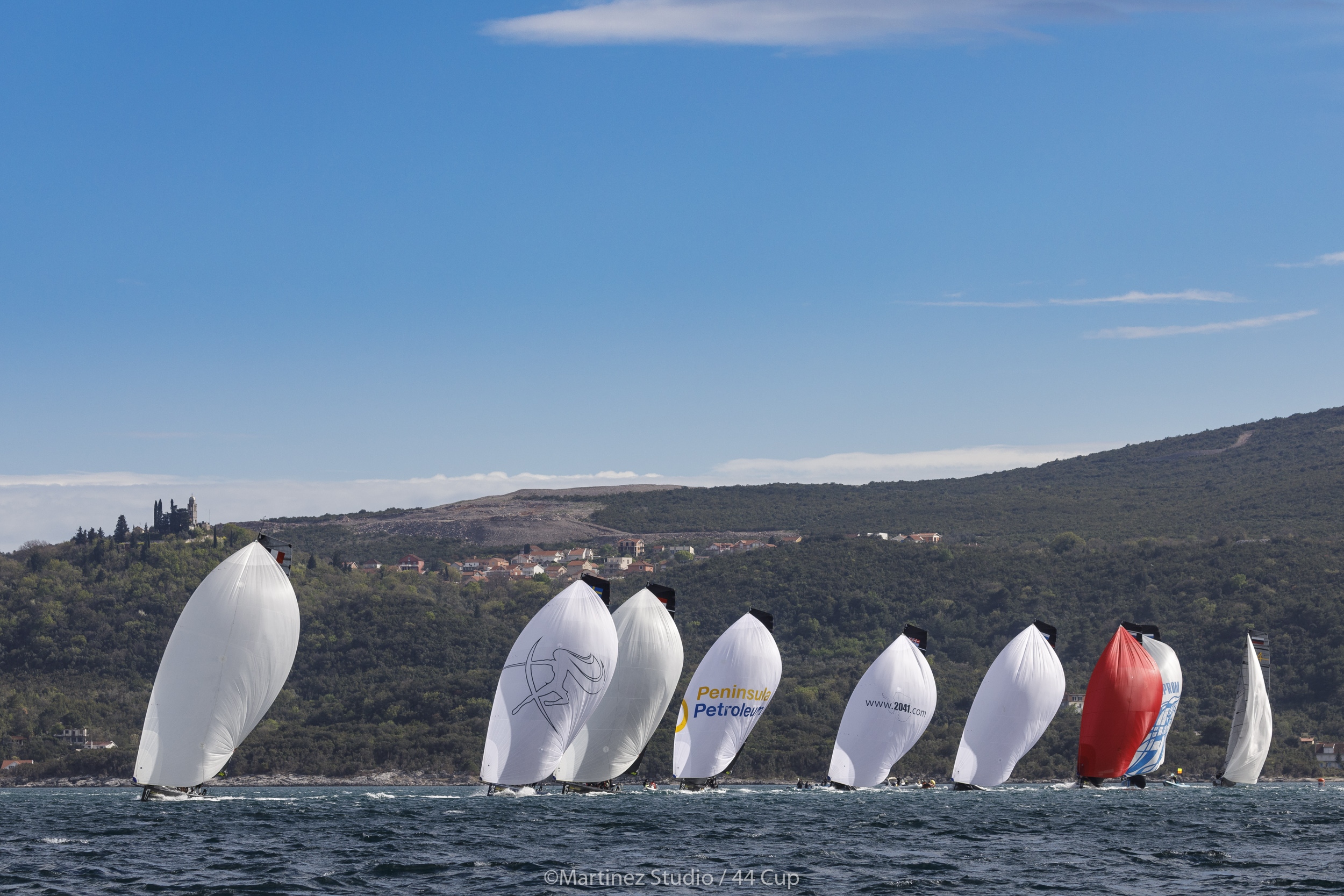 On the run - Studio Martinez pic

Dramatic cloud formations over the mountains surrounding the Bay of Tivat under an overcast sky suggested that 44Cup Porto Montenegro competitors would be in for another day of adrenalin-filled competition in winds in the high teens.

In the event, the wind started dropping almost the moment the timing for the sequence was announced.

Artemis Racing won the pin, but was held up from tacking by the boats above her. The left side seemed to pay off, until the top of the beat. Coming in from the right, the new Russian 44Cup team, Pavel Kuznetsov's Tavatuy Sailing Team, scored a major coup rounding the weather mark first with Vladimir Prosikhin's Team Nika also slipping in ahead of Artemis Racing, the Swedish RC44 relegated to third.

With the wind going soft and left on the run, the course axis was adjusted and the course shortened for the next upwind.

Tavatuy Sailing Team took the left as Artemis Racing and Team Nika went right. On this occasion, the right paid, with Team Nika slowly easing ahead. With the wind dropping to nothing across the bay, the race was shortened at the top mark. Team Nika and Artemis Racing ghosted across the line, the Russian team taking her second bullet of the 44Cup Porto Montenegro.

After a pause, the fleet was sent ashore, and after a patient wait, racing was concluded for the day.

As Principal Race Officer Peter Reggio explained: “The breeze never really materialised until late in the afternoon. If we had started them then, the race would have turned out bad, plus the lights would have to go out.” Que sera sera.

Today's race has left Igor Lah's Team Ceeref still leading, but with John Bassadone's Peninsula Petrolum now up to second, ahead of Chris Bake's Team Aqua. Fourth placed Team Nika has closed the gap on the podium down to three points.