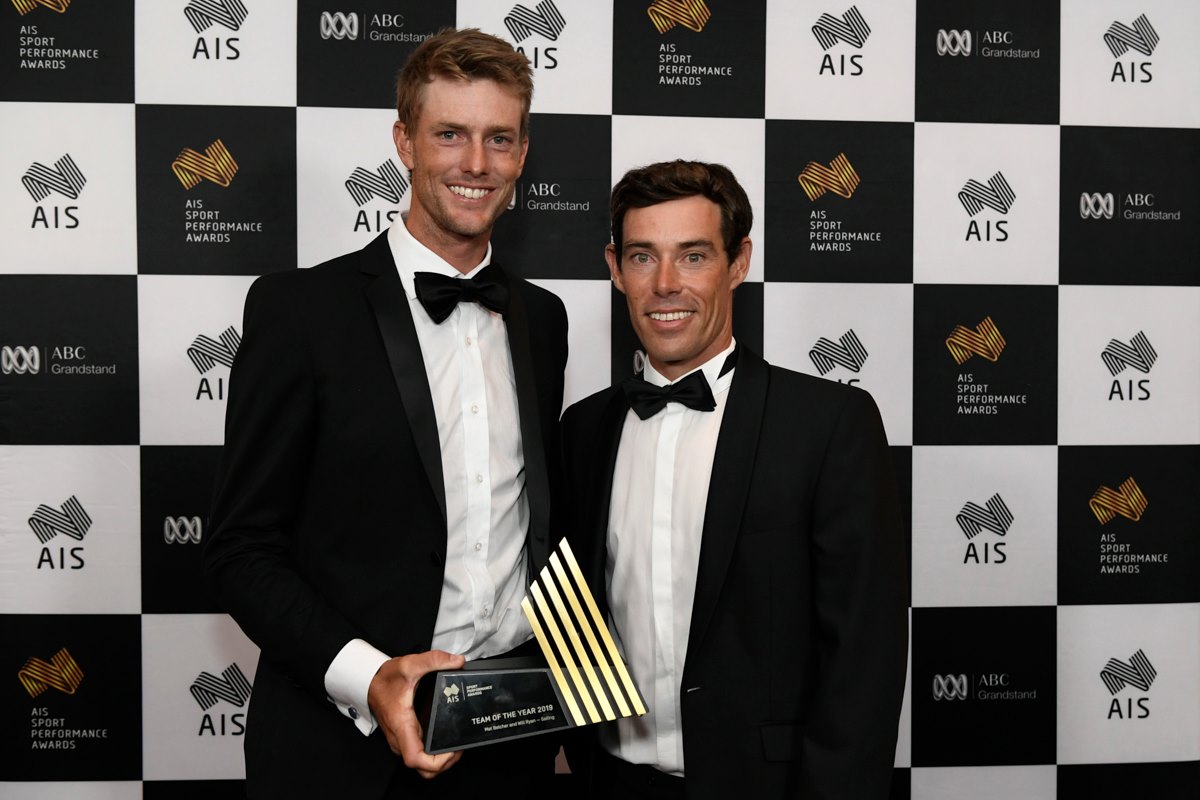 Almost 35,000 votes were cast for the ABC Sport Personality of the Year and Sporting Moment of the Year, with the Queenslander winning admiration for her fairplay, grace and humility, as well as her exceptional all-court game.

The 23-year old also took home the coveted Female Athlete of the Year award in recognition for her stellar achievements from the previous 12 months, in particular her maiden grand slam title.

“We are a sporting nation, we love it and it is in our blood so to receive the votes and the support from the public is amazing,” said Barty.

“It (French Open) was a highlight moment of the year, I really didn’t think I would get into that position, particularly at Roland Garros, I never thought that was my slam.

Almost 400 guests attended the black-tie gala event at The Star to celebrate the best of Australian high–performance sport. The AIS launched a new award, Athlete Community Engagement, to celebrate the positive influence an athlete can have on the community. Australian Opals captain Jenna O’Hea collected the trophy ahead of an impressive field for her work with Lifeline Australia raising awareness and fundraising for mental health and suicide prevention initiatives.

War veteran turned sporting star Curtis McGrath capped off an outstanding season to be named Male Para-athlete of the Year, while 2018 Winter Olympic Games flag-bearer Scotty James’s remarkable form on the slopes was recognised with the Male Athlete of the Year honour.

The future is looking bright for 17-year old Amy Lawton, named Emerging Athlete of the Year after scoring on debut for the Hockeyroos in their ANZAC day clash in New Zealand and will be one to watch ahead of Tokyo.

The ABC Sport Personality of the Year (People’s Choice) – Ash Barty (Tennis) | While a big year had been predicted for Barty, this was truly momentous. The Queenslander’s breakthrough French Open singles triumph was the first by an Australian woman since Margaret Court in 1973; two weeks later the 23-year-old became the world No.1, joining a national honour roll completed by Evonne Goolagong Cawley, John Newcombe, Pat Rafter and Lleyton Hewitt.

Male Athlete of the Year – Scotty James (Snowboard) | James enjoyed another exceptional snowboard season, winning every event he entered — including an unprecedented third consecutive halfpipe title at the FIS World Championships in Park City, Utah. A young veteran of 25, James finished the season with wins at The Dew Tour, X Games, US Grand Prix, Laax Open and the US Burton Open.

Female Athlete of the Year – Ash Barty (Tennis) | The Queenslander’s breakthrough French Open singles triumph was the first by an Australian woman since Margaret Court in 1973 and, two weeks later, the 23-year-old became just the nation’s fifth No.1 since rankings began. Top spot was where Barty would finish 2019, too, as the first Australian woman to do so, having earned four titles, including the prestigious season-ending WTA Finals in Shenzhen

Male Para-athlete of the Year – Curtis McGrath (Para-canoe) | McGrath lived up to expectations in 2019 by successfully defending his KL2 200m and VL3 200m world titles at the 2019 ICF Para-canoe World Championships in Hungary. The fact that these were his ninth and 10th consecutive world titles augur well for McGrath’s KL200 Paralympic gold medal defence in 2020, as the 31-year-old drew the curtain on 2019 with gold in the VL3 200m and silver in the KL200m at the Olympic test event in Tokyo.

Female Para-athlete of the Year – Melissa Perrine (Para-skiing) | A triple Paralympian and dual medallist from Pyeongchang in 2018, Perrine partnered with sighted guide Bobbi Kelly to deliver a stand-out international season. Together, they earned 12 medals on the Para Alpine World Cup Circuit competing in the B2 visually impaired category, while finishing second on the overall Para Alpine Standings for the year. At the 2019 Para-alpine World Championships in Slovenia, they won four medals — gold in the Super Combined, silver in the Giant Slalom and Super G, and a bronze in Slalom.

Emerging Athlete of the Year – Amy Lawton (Hockey) | Recognition comes early sometimes, and the national selectors had clearly identified a special talent when they chose the 17-year-old high school student to make her debut for the Hockeyroos in the Pacific leg of the FIH Pro League. Having scored a goal in that Anzac Day match in New Zealand, the VIS scholarship-holder was then selected for the Oceania Cup Olympic qualification event, and later played against Russia in Perth, where, in the opening match, Lawton continued an impressive run of scoring.

Athlete Community Engagement Award – Jenna O’Hea (Basketball) | The late-2018 suicide of her uncle took a huge toll on O’Hea’s family, but it was also the genesis of the WNBL’s “Lifeline Round”. In what will become an annual event, each three-point shot made by every team prompted a $100 donation that was matched by the league. The result: over $15,000 was donated to Lifeline Australia to assist in the training of crisis staff. Determined to raise suicide awareness and de-stigmatise mental health issues, O’Hea is also an AIS and Lifeline Community Custodian.